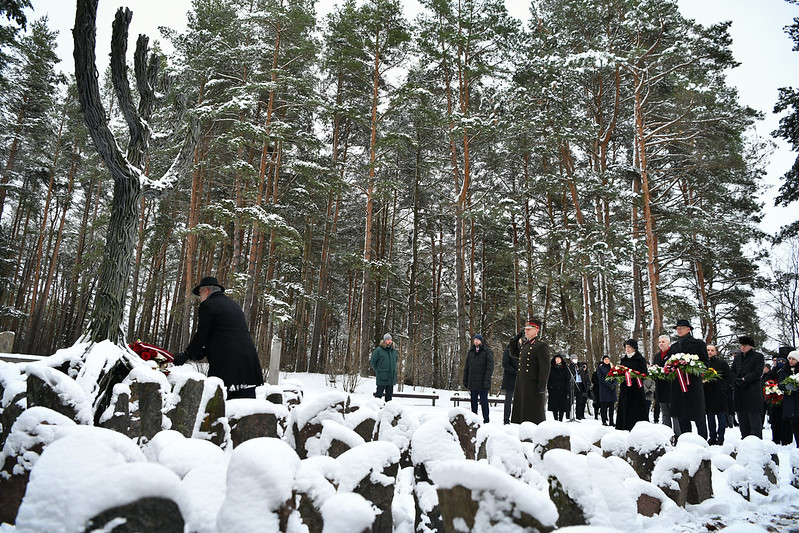 At 1:00 p.m., an official commemorative event took place in Rumbula Forest in the presence of officials, diplomats and members of the Jewish community. Among the attendees was Prime Minister KriÅ¡jÄnis KariÅ†Å¡ who said on Twitter:

â€œEighty years ago, in Rumbula, the Nazi regime began to carry out an unimaginable and brutal mass murder of Jews, killing tens of thousands. Today, in our thoughts and with a lit candle, we commemorate all the victims of the Holocaust, their sufferings and deaths. “

Justice Minister JÄÅ†is BordÄns said: â€œIt is hard to believe and grasp such attestation of mass cruelty when it comes to tragic deaths 80 years ago. It is the largest mass murder of civilians in the history of Latvia, one of the greatest crimes of the Holocaust. in Riga. During the Nazi occupation, 25,000 Latvian citizens lost their lives in the Rumbula Forest, which is an unspeakable loss for Latvian society and the Latvian people. “

Since 2016, candlelight commemorations have been held at the Monument de la LibertÃ©. The civic initiative ‘Rumbula – 80. We remember. It Hurts invited residents to light a candle either in their homes or at the Freedom Monument while observing safety precautions for distancing and wearing masks.

â€œIt is impossible to express in numbers or in words what the Latvian state and society lost with the murder of most of its Jewish community during World War II. [..] We bow our heads to the victims and call to remember these events so that they never happen again in human history. This is the meaning and the task of historical memory. “

The Occupation Museum has this excellent historical account of the events leading up to the Rumbula massacre and the long historical aftermath.

Ceremony marking the 80th anniversary of the Rumbula massacre

Did you see an error?

On Retaining and Growing Staff of Color – The Williams Record