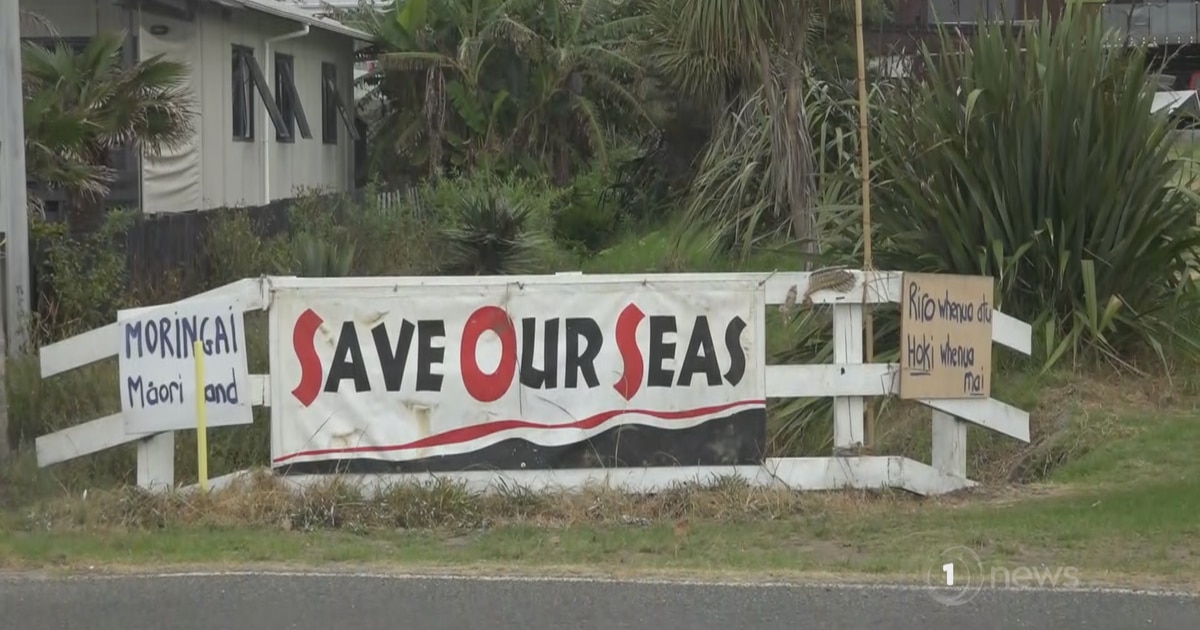 A couple at the center of a Maori land occupation in the Far North have met with those occupying their land in a bid to find a solution.

The couple, who bought the land more than 10 years ago, were unaware of its cultural significance until a local Hapū started camping on their property.

The section is in the coastal community of Ahipara at the southern end of 90 Mile Beach.

What was supposed to be a retirement paradise, the beach-side property turned into a nightmare for the couple.

The site has been occupied for six months, but for the first time the occupants have met the owners.

The couple bought the section in 2008. Last year, they had half of its pōhutukawa cut down to make room for their home.

This angered local Maori and sparked the occupation.

Far North councilor Felicity Foy told 1News: ‘When this site was subdivided there was an original consent on the title which gave specific protection to this tree, the environmental court changed that and removed this protection from the tree.”

The couple sought assurance from the Far North District Council three times about the tree and had no idea the land was culturally significant.

Property owner Dr Cecil Williams said: ‘I understand where you are coming from. I want the same thing, I want this land back to the people. But I can’t waste that kind of money that I paid for it.

He added, “you’d have to be crazy to buy land with real claims on it, that’s a total no, no and if I knew all that, that’s my biggest regret.”

The property was purchased by the couple for $500,000 and that remains their asking price 14 years later.

Environmental activist Reuben Taipari said: “I’m not interested in money, half a million 10-50 million, I don’t care, all I care about is my culture being protected .”

Te Rarawa Runanga said he appreciated that the land should be purchased in Hapū’s name in Ahipara and was exploring options to purchase it.

1News understands the occupants will receive a trespassing notice by the end of the week, but police will not confirm this, although they have spoken to the occupants and said they are considering their options.

The owners said they just wanted out so they could retire somewhere else.