BRADENTON — A recent purchase of vendor services by the Manatee County government may not have followed county procurement procedures and may have violated Florida laws that govern ethical business practices.

On October 1 and 2 of this year, the Manatee County government engaged the services of a private contractor for aerial drone services. The company provided its services at a county-organized hurricane relief site at the Myakka Community Center. The total billed to the county for services provided by the company was $2,800.00.

To complicate matters, Manatee County established its own internal Unmanned Aircraft System (UAS) Drone Team Program in 2018. The program was established with the goal of providing county employees with capability and improved safety in performing day-to-day operations and responding to emergencies while saving the county money. dramatically reducing the need to outsource services to a private UAS company. The county’s drone program is overseen by the Energy and Sustainability Division of the Department of Property Management.

The program has grown to include more than two dozen county employees in seven county departments who are actively licensed UAS pilots. County employees who participate in the program must complete extensive training, maintain an active UAS Part 107 certification with the FAA, and complete a minimum number of flight hours per year. The program has also amassed a fleet of 16 county-owned drones with most purchase values ​​ranging from $1,000 to $5,400. A Matrice 300 RTK drone purchased in 2021 was an outlier in this range, costing around $13,000.

To learn more about the success of the county’s drone program, visit here and here.

In the aftermath of Hurricane Ian, members of the county’s UAS program were called upon to respond to recovery needs, including aerial surveillance of flood-affected structures and roads. However, despite the county’s drone team being on the scene, Deputy County Administrator and Director of Property Management Charlie Bishop also enlisted the services of a private provider, Drone Effects LLC.

The business is owned and operated by a former Manatee County employee who left the organization in January 2020. Additionally, the business owner was romantically involved – very public – on and off again with Bishop .

From a social media post, it emerged that in June this year, the pair went their separate ways in a bitter rift. Melissa Matisko, the owner of Drone Effects LLC, took to social media to publicly announce the couple’s split.

“I am grateful to have finally ended a physically and mentally abusive relationship with Charlie Bishop,” Matisko wrote in a June Facebook post. “I believe the power has corrupted him and he’s 100% sleeping with Courtney. Good luck, Manatee County.”

Sources who spoke with OTC on condition of anonymity for fear of reprisal offered their perspectives that Bishop and Matisko’s relationship was well known in the office and that, despite breaking up in June, the two have oscillated between separation and reconciliation. The relationship status between the two as of October is unknown.

During our investigation, OTC confirmed that the County Purchasing Division noticed a Request for Offers (RFO) seeking drone services on July 23, 2021. The RFO was initiated at the request of the Department of Property Management.
The Manatee County Supplier Guide (2022) defines the different methods of supply. An RFO is an informal process for obtaining written offers of services. A preliminary review of bids is carried out by the Procurement Division before the bids are then evaluated on criteria by the designated departmental representative.
As of August 16, 2021, the county has received and reviewed five offers from drone service companies. The memo of intent to award stated that the companies were ranked equally and that the recommendation to award contracts to each of the companies, including Drone Effects LLC, was made by the property management department. The supply contracts awarded under the RFO expired in August 2022 and no renewals have been requested.

Social media posts shared between Matisko and Bishop appear to show that the two have been enjoying some level of romantic relationship since at least 2018. On August 10, 2021, when Bishop was officially promoted to the dual role of deputy county administrator and Department manager by County Administrator Scott Hopes, Matisko, referenced Bishop’s promotion in a Facebook post.

Matisko wrote: “Today was a big day for my two favorite guys, (child’s name) has started senior year and Charlie Bishop has been named deputy county administrator! I am beyond proud of my two loves .” 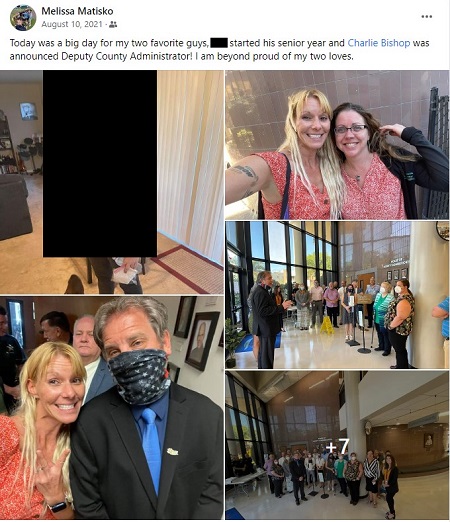 Photos attached to the social media post show Matisko being in the county’s downtown administration building and the commission’s chambers, for Bishop’s confirmation to deputy administrator by the county commission.

From the subtitle of the manual, II. PURCHASING CODE OF ETHICS:

C. Governed by the highest ideals of honor and integrity in all public and personal dealings in order to earn the respect and inspire the confidence of the organization and the public served.
D. Believing that personal aggrandizement (gain) or profit obtained through the abuse of public or personal relations is dishonest and intolerable.

E. Identify and limit the participation of any person in operational situations where a conflict of interest may be involved.

Additionally, the handbook points out that the ethical responsibilities of county employees and county officers with formal responsibility for procurement transactions are set forth in Florida Statutes, Section 112.313.

112.313(6) ABUSE OF PUBLIC POSITION.—No public official, employee of any local government agency, or attorney shall corruptly use or attempt to use his official position or any property or resource that may be in his confidence, or exercise his official functions, to obtain a special privilege, advantage or exemption for himself or for others.

Given Bishop’s romantic relationship with Ms. Matisko as well as his role as head of the department that launched the RFO and recommended a contract be awarded to Matisko’s LLC in 2021, this raises questions as to the suitability of the county doing business with L’entreprise de Matisko. Add to that the fact that the county has invested both time and money in creating a UAS drone program that currently employs 29 licensed UAS pilots and has purchased over a dozen drones, and additional questions are raised as to why the county would spend $175 per year. hour for services at Matisko that she could probably have obtained internally at a lower cost.

The contract awarded with Drone Effects LLC approved in August 2021 has since expired, but between August and December 2021, public records show the company invoiced the Manatee County Property Management Department three times. The total paid to the company while in procurement was $7,250.00

In contrast, a public record request showed that of the four other companies that also received award contracts through the RFO, only two billed the county for services between August 2021 and August 2022.

One company, Stable Air Media LLC, billed the county about $5,500 for drone training sessions for 23 county employees. Like Drone Effects, Stable Air directed its billing to the county’s property management department. The second bill was paid to a licensed company called Drones on Demand for a cost of approximately $10,000 for drone services, billed to the Public Works Department.

No other records of paid invoices for drone-related services appear to exist from the year contract awards were active.

The most recent $2,800 bill submitted to property management by Drone Effects LLC is for service dates that are more than a month after the company’s contract with the county expired. Although the Manatee County Public Records Division was able to produce a copy of the October bill upon request, the clerk’s office said it has not yet received the bill for processing and payment.

On her Facebook profile, Matisko shared a post on Oct. 3 that read in part, “…grateful to have the opportunity to work with some of my favorite drone pilots…” 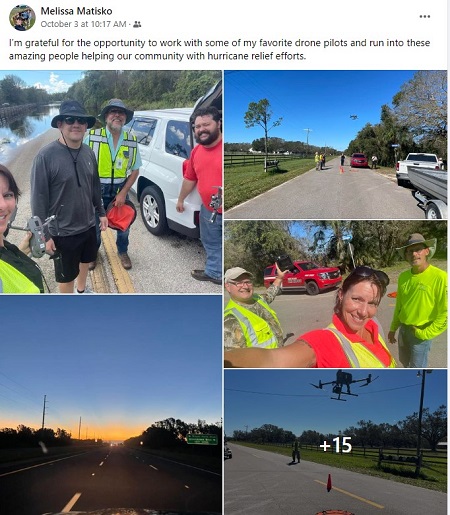 Several photos attached to the post showed Matisko providing drone services alongside the county’s own drone team in early October. Some of the photos also appear to show Matisko inside the Myakka Community Center posing for photos with commissioners Vanessa Baugh and Kevin Van Ostenbridge. 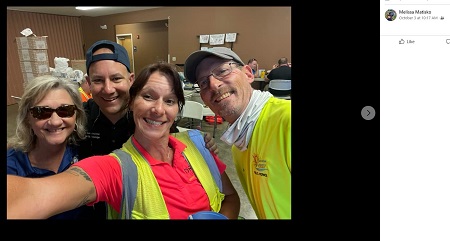 OTC contacted the county via email to inquire about Drone Effects LLC and the recent invoice. In our investigation, we asked why the county would have required drone services from an outside provider in October, if Bishop had received permission from the county administration (or anyone else) before engaging the services. of Drone Effects, and whether the county investigates the nature and/or appropriateness of its business relationship with the company.

In an email response, the Manatee County PIO informed OTC that the matter is currently under investigation.

“The county administration is investigating this issue and reviewing the bill,” the email said. “There is no further comment at this time as the investigation is ongoing.”

Dawn Kitterman is a reporter for the Bradenton Times. She covers local government and entertainment news. She can be reached at [email protected]

5 ways to get the job you want