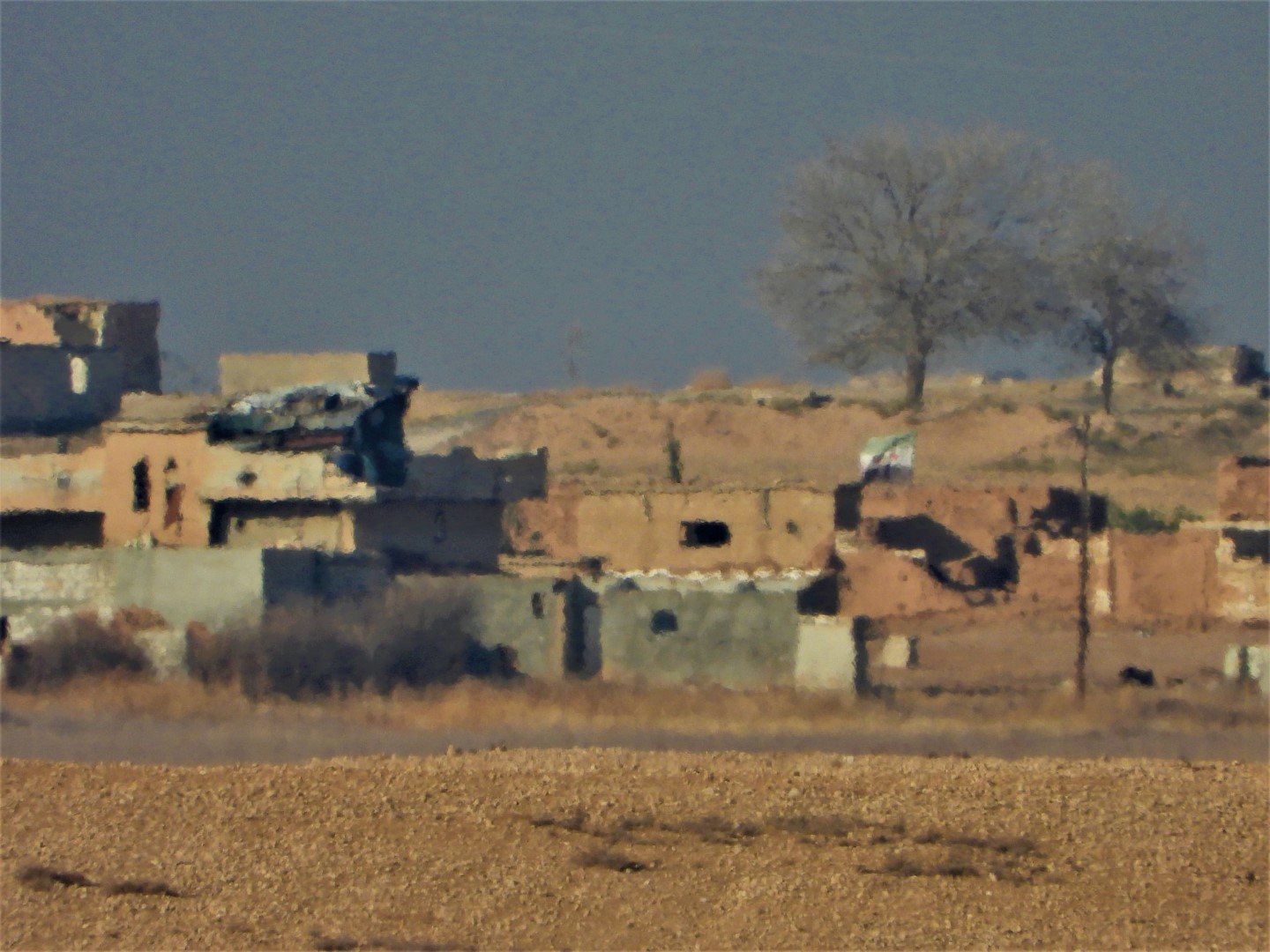 With the start of the Turkish occupation army and its mercenaries, their attacks on the regions of northern and eastern Syria, and after their occupation of the towns of SerÃªkaniyÃª and GirÃª SpÃ® / Tal Abyad at the end of 2019, the The occupying state resorted to the displacement of the natives. people, especially villages, to turn them into military bases and barracks.

The agency journalist revealed this, after being able to reach one of the closest points to the villages in the eastern part of the occupied SerÃªkaniyÃª district, which are under the occupation of the Turkish occupation army and of his mercenaries, monitoring a photographer, documenting the occupation’s efforts to bulldoze a number of villages east of the town of SerÃªkaniyÃª and turn them completely into military bases.

During its surveillance, the Turkish occupation state documented the demolition of houses in the village of Al-Aziziya, east of the occupied SerÃªkaniyÃª district, as well as the village of Al-Aresha and the village Al-Daoudia, and the transformation of the civilian houses that were there into military points.

And he watched over the Turkish occupation and its mercenaries, building berms and fortifying their points in the homes and properties of civilians in the aforementioned villages, after emptying the villages of their inhabitants.