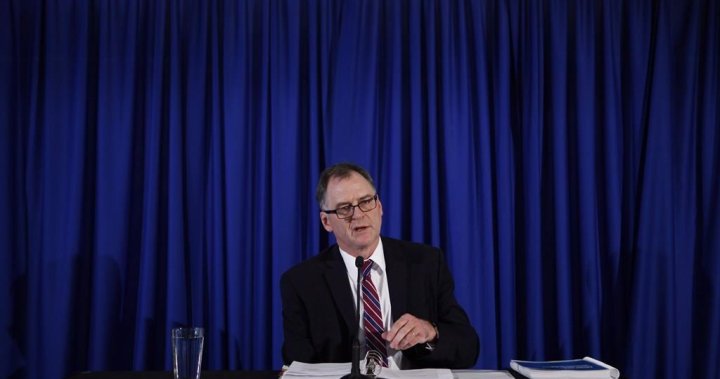 BC ombudsman ‘disappointed’ with Surrey council amendments on ethics complaints – BC

BC’s ombudsman has expressed ‘disappointment’ at a series of controversial changes to regulations affecting Surrey’s ethics commissioner, approved by councilors earlier this month.

In a letter to the mayor and council, Jay Chalke said they had “damaged the credibility” of their efforts to promote transparency through the Surrey Ethics Commissioner’s Office (SECO).

“The principles of transparency, accountability and integrity should always be promoted, not just in non-election years,” Chalke wrote Monday.

He urged the council not to pass the amendments which passed third reading on April 11.

Two weeks ago, councilors voted five to three in favor of freezing all new complaints and investigations by the Ethics Commissioner until after the October 15 municipal election. Changes to the council’s code of conduct regulations ensure that such a break will take place in April. 12 of each general election year, until the day Surrey voters go to the polls.

Many other jurisdictions have similar regulations, but they don’t extend for six months, Chalke noted. He also lamented that the freeze applies to all new complaints, rather than allowing the ethics commissioner to determine which should be investigated immediately.

“The Council’s failure to provide notice of this immediate general moratorium on new complaints has impacted all voters who would otherwise have planned to file an ethics complaint.”

Chalke criticized the board for excluding a recommendation from the Office of the Ethics Commissioner in its list of amendments. The office had suggested that the bylaw clearly state that all ethics investigation reports are publicly available, unless permitted under the city’s community charter.

“By this decision, the board has clearly decided not to maximize public awareness of SECO’s investigation reports,” Chalke wrote.

Doug McCallum, Mayor of Surrey, declined to comment for this story.

Com. Linda Guerra, who voted in favor of the amendments passed on April 11, said she disagreed with the critics of the mediator.

“This council has a governor, we are the first in British Columbia to propose the office of ethics commissioner,” she told Global News.

Guerra said that in the future there may be further amendments to the Board’s Code of Conduct regulations relating to SECO, adding that she would “probably” like to see summaries of investigation reports made available public.

“I fully support the amendments as they currently stand. Would I like it to go a little further? Probably,” she explained. “At least we’re further away than where we were.”

The six-month moratorium, she added, prevents “nonsense” from the political opposition “attempting to peak” in the office of the ethics commissioner in the months before an election.

Com. Brenda Locke, who is vying for McCallum’s seat as mayor in the upcoming election, has opposed the bylaw changes from the start. She criticized the length of the moratorium on pre-election investigations as a denial of public trust and the public’s right to complain to the Ethics Commissioner.

“There are very serious red flags, and every citizen should know and ask this mayor and his supporters why? What are they afraid of?” she told Global News on Monday. “Why would they want to stop having surveys six months before an election?

The amendments are back on the agenda for Monday’s Surrey council meeting, and she said she hoped the changes would pass at fourth reading.