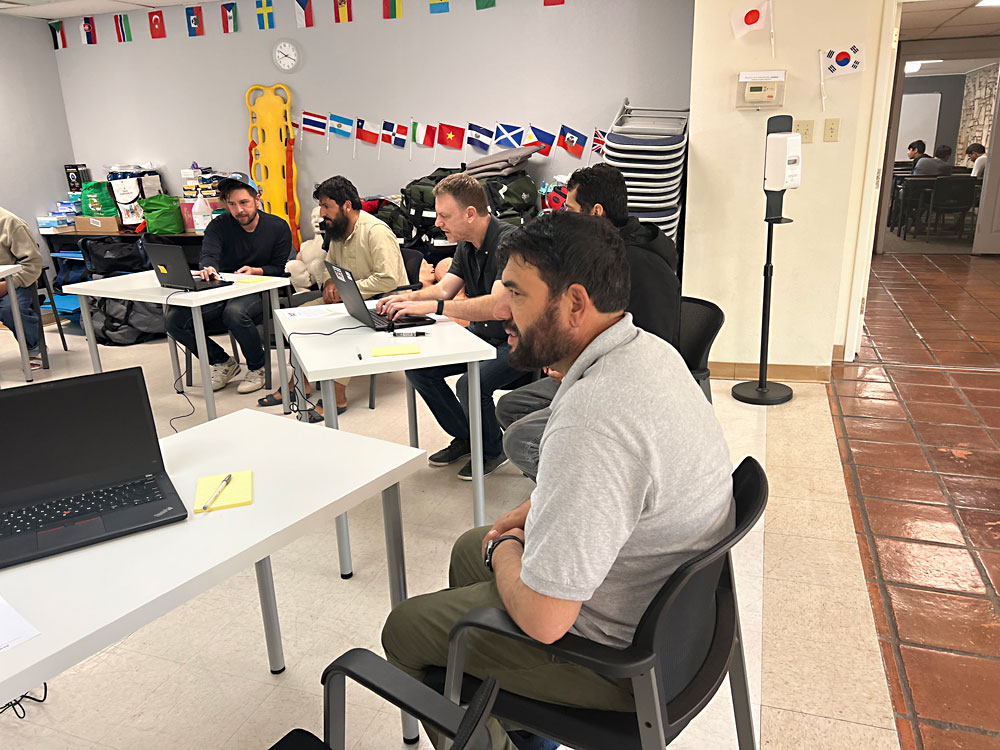 With two new MetroRapid Lines is expected to enter service towards the end of 2023 as part of Connect Project, Subway Cap must take on more pilots and mechanics. To that end, the transit company in October announced a partnership with the Austin-based organization Global Impact Initiative (Gii) to provide training opportunities for the city’s refugee population.

“Deals like this are important to us as an agency because it’s a priority to help serve the community, however we can. This deal is about more than just growing our team; it’s also an opportunity to support our community and help our new residents who may find themselves in a vulnerable situation find secure employment and help them build a strong foundation in our area,” said a spokesperson for Cap Metro in an email, adding that it was the first refugee hiring program in the agency’s history.

As part of the program, Gii, which provides education and workforce development opportunities to underserved communities around the world, will offer an entry-level driver training course so that trainees can receive a commercial driver’s license. And Cap Metro will seek to hire these interns at rates starting at $22 per hour. Founder and Executive Director of Gii Anjoum Malik noted in an October 14 press release announcing the partnership that many refugees already have skills that could benefit Cap Metro.

While Cap Metro has recently struggled to get enough operators and mechanics to operate its bus routes, it now has adequate front-line staff, according to the spokesperson. However, he is still looking to hire to increase service levels in the future and for Project Connect – he previously estimated a need for over 100 bus operators for the new east-west exhibition center and north-south Pleasant Valley MetroRapid directions.

Gii Vice President of Operations Shawn Smith said in an email that the nonprofit is currently working to formalize partnerships with transit agencies across the country. Smith emphasized the dual importance of providing employment for the refugee population. “The transition to meaningful full-time employment is an important step for refugees in two ways. First, it provides constant access to resources allowing families to be independent. Secondly, there is tremendous pride that comes with being self-sufficient, in addition to being active members of their new communities,” he said.

Gii currently works primarily with Afghan and Ukrainian refugees, but Smith added that they have also helped Bosnian and Iranian populations. They also have a number of Austin-based partners, including Austin Jews for Refugees, Muslim Community Support Services, and Central Texas Food Bank.

“It’s really a win-win situation,” said Bob Ewigleben, director of Gii’s commercial driver’s license program, in the press release. “A victory for refugees and members of other underserved communities seeking economic independence, and a victory for transportation companies in desperate need of skilled commercial vehicle drivers.”

Do you have something to say ? The the Chronicle welcomes opinion pieces on any topic from the community. Submit yours now at austinchronicle.com/opinion.

SRF has good news and still needs your help