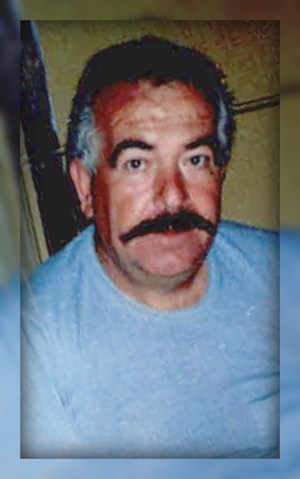 It is with great sadness that we announce the death of Apostolos “Paul” Cavalaris. Born in Greece during the German occupation in July 1941, he grew up playing football and training for a boxing career. After leaving the army, he traveled to Canada with his cousin to join 3 of his older brothers. Paul was passionate about gardening and the outdoors. Later in his life he could be seen fishing near the Holiday Inn on the St. Mary’s River and at the locks. Paul worked tirelessly on his property to make it his home; there were vines to sit under, fish ponds and amazing flower arrangements. He had, at one time, chickens, rabbits, turkeys and pigeons as well as a huge vegetable garden. Paul liked to tell a good story; some were about his time in the military, others were about his nature trips and encounters with animals and, of course, his many fishing trips with family and friends. With soft words, his eyes would widen as he spoke intensely. He told stories to all who listened to him, his sometimes misinterpreted stories of great escapades and exploits were appreciated by all. It captured the imagination and entertained even the most skeptical of listeners. Due to Paul’s physical stature and quick right hook, those who disrespected him or those close to him encountered more than they expected. Respect was important to Paul, he gave respect where it was due. He didn’t like loud mouths or bullies and would always stand up for the underdog. Paul retired early from the steel plant and enjoyed more than 30 years of retirement. He is survived by his wife Miriam of nearly 50 years, his stepson Terry Horner and his son-in-law Danny McBride. Sadly, he was predeceased by his stepdaughter, Debbie McBride, and stepson Robbie Horner. He was also predeceased by his 6 brothers (Paul was the youngest). The best known locally was Nick “Nick the Greek” Cavalaris of Sault Ste. Married. Paul will be sadly missed by many of his in-laws, Sonny MacIntosh, Joyce Gaudet, Wes MacIntosh and their families. Heather and Cody McBride’s beloved grandfather, Marty McBride and Jesse and Sadie Horner are also missed by their dad. Many thanks to Jahova’s Kingdom Hall Witnesses for all the selfless help they gave during the last years of her life. Family friend Dawn was instrumental in Paul’s care during Covid and his illness by ensuring his needs were met. Darryl and Chrissy also attended weekly. Granddaughter Heather McBride dedicated her time to helping Nana and Dad during these difficult times. Sonny MacIntosh also quietly helped out with many, many things that needed attention they could always count on on the Mac. Last but not least, the neighbors around Paul, who generously gave hours and hours of help, from mowing the lawn and snow removal, to food, shopping and kindness. Knowing that you had a watchful eye on the elderly was a comfort to this son, living in British Columbia. If I missed anyone I apologize and thank all of their friends and family who visited and helped.

After the first 11 months, Harris’ vice presidency is a work in progress – The Ukiah Daily Journal