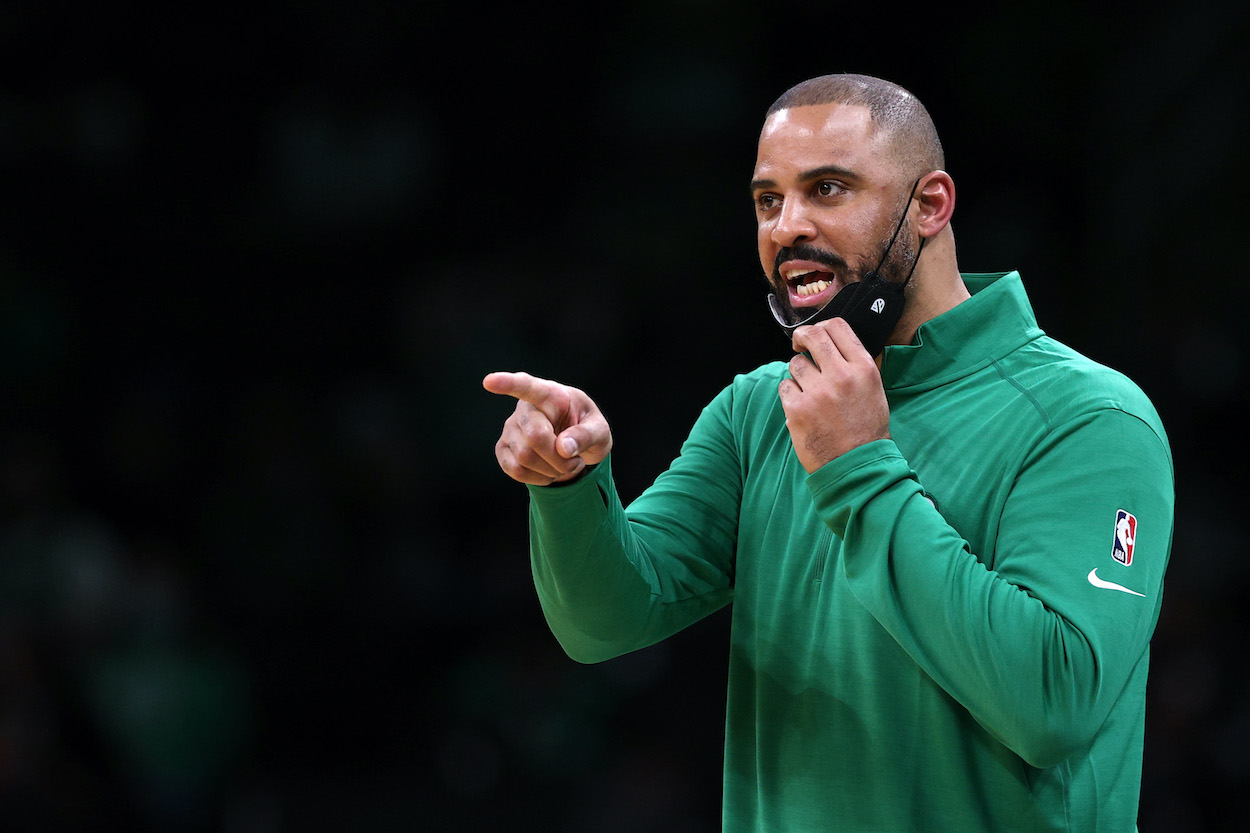 Rookie NBA head coaches always want to make an instant impression on their new team. Whether it’s installing a new offensive system or simply changing the color of the Gatorade practice from red to blue; new coaches love to make changes to signify a new diet is in charge.

For first-year Boston Celtics head coach Ime Udoka, he’s taking a firm stand against something every NBA player has been guilty of at some point. Based on his words and actions throughout the preseason, Celtics players will be benched for complaining to referees during games.

It’s a dangerous precedent to set ahead of Udoka’s first season as NBA head coach.

Udoka has placed great emphasis on the discipline of his players throughout his first preseason as head coach of the Celtics. One of his main points of interest was playing through the bad calls and not letting them affect the next game.

Last week we got a taste of how seriously Udoka takes this rule.

In the Boston preseason final against the Miami Heat on Friday, the referees whistled Grant Williams for an offensive foul on an illegal screen, and Williams was not very happy with the call. He threw his arms up in frustration and slowly returned to defense while barking at the referee who called.

While the forward was still complaining, Miami quickly grabbed the ball and Bam Adebayo blew right past distracted Williams for an easy dunk.

Udoka immediately called for a time-out and withdrew Williams from the game, proving he wouldn’t tolerate his players complaining about the calls this year.

Coaches can talk all they want about how they want their team to play and how they will punish players who don’t follow these guidelines, but applying that on the pitch is a whole different story. Udoka proved on Friday that he will not be afraid to punish players who break his rules and respond to referees.

â€œThe main thing, I tell him to come in and stop worrying about the referee. Your guy brings it right behind you, â€Udoka told reporters after the Heat game. “â€¦ Just a moment of learning, and I can’t get carried away by that.” You have to play it like them. They played with rhythm. When we cried over the calls they ran out and got too many easy stares. So something like I said that we talked about at the start of the camp. This is something that I’m going to keep hammering on until we get to where we want to be.

Celtics fans might like this no-frills style from their new head coach, but it could cause major problems down the road.

A dangerous precedent to be set

Udoka might believe he’s changing Boston’s culture for the better by cracking down on complaints to referees, but the precedent he set by putting Williams on the bench will only cause more trouble than it’s worth. worth it.

For one thing, discussing calls is just part of the job description for NBA players these days. Everyone from LeBron James to the last player off the Houston Rockets bench is complaining about fouls. No coach will ever change that, especially not a rookie head coach who is still trying to make a name for himself in the league.

Second, what happens when Jayson Tatum or Jaylen Brown make the same mistake Williams made at the critical moment of a playoff game? Will Udoka keep his star players at the same level when it comes to his new policy? And if he doesn’t, what will Williams and the rest of the list think of that special treat?

If Udoka wants his new team to respect him, he will need to punish each player equally for arguing with the referees. It might not go as well as he expected.