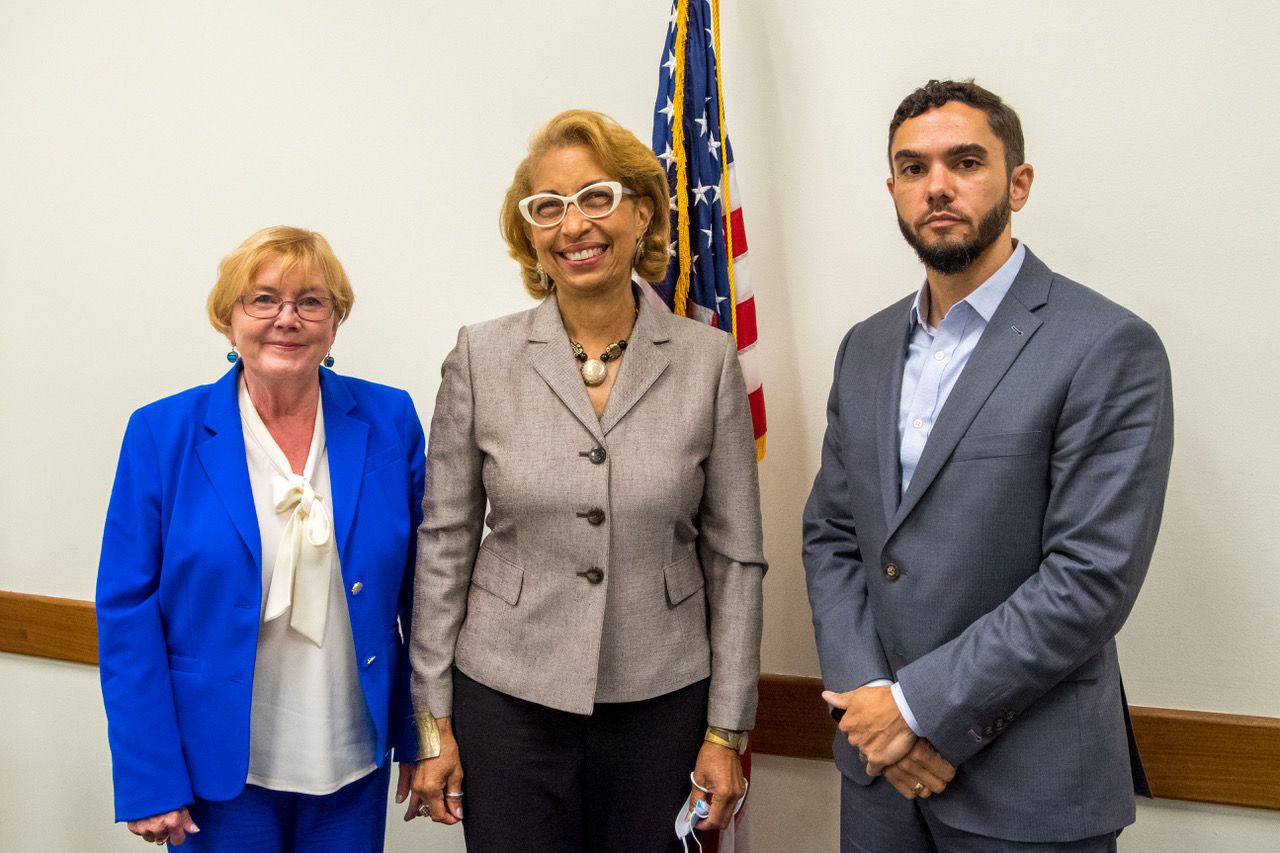 Even with the strong support of No.26 in 2019 who changed the city’s form of government to a mayor elected for the first time in 100 years of history, concerns abound over the possibility of low voter turnout for the city. mayor’s primary.

This was the case in the 11th Congressional District second round on August 3, where the overall turnout was around 17% of registered voters.

The Cleveland Heights mayor’s primary results will narrow the current field of three candidates – Barbara Danforth, Melody Joy Hart and Khalil Seren – to two finalists, who will then move on to the November 2 general election.

With that in mind, the Cleveland Heights-University Heights Chapter of the League of Women Voters hosted a Candidates Forum on August 12 that went from an in-person event to a virtual format due to the growing number of cases of the Delta variant coronavirus, co-sponsored by Heights Libraries and the Future Heights organization.

“To quote Thomas Jefferson, ‘information is the currency of democracy,'” LWV moderator Wendy Deuring told those watching online, with written questions from the audience taken by forum co-coordinators Elizabeth Tracy and Blanche Valancy.

– Danforth, 72, did not hold an elected office but has 30 years of executive leadership experience, including 15 as CEO of the YWCA of Greater Cleveland, then later with the largest charter school in Ohio serving children with learning disabilities.

â€œThe money stopped at my desk and I was held accountable for everything that happened in this organization,â€ with 24 schools, a staff of 1,000 and a budget of $ 62 million, said the Forest Hill resident and lawyer for 22 years. “I learned the inner workings of the strong mayor form of government as Cleveland’s chief attorney in Mayor Michael White’s office.”

“The job of the new mayor’s first term is going to be extremely difficult,” Danforth said. “We’re going to have to rethink the very structure of our government and create a job description for a new city administrator, because right now all we have is a job title.”

At the same time, “we need to make sure the trash is picked up, the snow is shoveled, and our municipal codes are compliant – all within our approved budget.” “

Regarding budget priorities, Danforth said there are communities in the city that need â€œnew intentional investments. We have a study on the Noble Road Corridor that has been on a shelf for a few years and all we have to show for that are flowerpots and cycle paths. And we have shopping districts struggling to survive and recover from the pandemic. “

– Stag, 68, a retired financial executive and chartered accountant, is serving her first term on Cleveland Heights City Council, although she attended council meetings for four years before being elected in 2019.

â€œAs a member of the Greater Cleveland congregations, we walked the streets of the Noble neighborhood, targeting the worst investor-owned homes, vacant and foreclosed properties, and then bringing those concerns to the city,â€ Hart said. â€œOur housing department is currently emptied and needs to be staffed and restructured. We need a strategic application rather than a simple complaints-based or â€œwilly-nillyâ€ approach.

The Monmouth Road resident has spent over 30 years in corporate finance, managing billions of dollars in cash and debt, much of it at the executive level with Fortune 1000 companies.

â€œOn the first day of my administration, I would reestablish the city’s community relations department, acting as a guide and liaison for city activities and operations,â€ Hart said. â€œResident calls should be answered – or answered – within 48 hours, to provide assistance and transparency. “

She also mentioned the other “T” word: “Taxes are on everyone’s mind, so it’s important that we do our budgeting well, which includes monitoring where our tax dollars go. We need to be more transparent, so that when our residents pay their taxes, they feel like they are getting their money’s worth. Because it’s important, they pay a lot.

Hart pledged to implement the recommendations of the newly formed Racial Justice Task Force that she and other board members worked to create, while putting the police department on a better replacement schedule. equipment, namely cruisers, and reviewing programs like COALITION, bringing in mental health professionals to help intervene in non-violent crisis situations.

– Seren, 42, has served on the Cleveland Heights board since 2015, and is currently the organization’s last appointed vice president, ironic in the sense that he and current board chairman or â€œmayorâ€ Jason Stein were the most ardent supporters of number 26 among their colleagues at the time.

Having previously served on the city’s Citizens Advisory Committee, focusing on Community Development Grant (CDBG) allocations, Seren highlights her “day job” as a policy advisor for Cuyahoga County Council, helping with the transition from a council of commissioners to a county form of government council administrator.

â€œThis local transition will require a series of charter amendments, calling for a bold, forward-thinking and progressive leader,â€ Seren said, citing 18 years of combined experience in government. â€œDuring my tenure on the council, I pushed the municipal administration to move from the role ofâ€œ guard â€to that ofâ€œ leader â€. “

At the county level, Seren said he had “untitled executive leadership experience” without the ability to discipline and fire employees, but instead focusing on economic, workforce development. work and community with the council, sitting on the board of the land bank, acting as a replacement for the Planning Commission and secretary-treasurer of the Community Improvements Corporation (CIC).

â€œI’m running because I think Cleveland Heights is in danger of wasting this opportunity to make real progress,â€ said the Demington Drive resident. “My values â€‹â€‹are in line with the values â€‹â€‹of the community”, as stated in his “Heights HOPESâ€, An acronym forâ€œ Healthy, Open, Prosperous, Equitable and Safe â€, as well as economic development focused on small businesses,â€œ with all forms of equity and sustainability in mind â€.

Seren describes his budget priorities as “systemic, participatory, and results-based,” rather than “black box budgeting, where we have a baseline budget at the end of the year and tinker around around the edges. Then we presented a budget that looks like last year, with a few changes made, instead of focusing on the results we expect and hope to see.

A fourth mayoral candidate, Josie Moore, who suspended her campaign on August 5, officially withdrew her name from the ballot last week, possibly to run for the remaining two years in office of Mary Dunbar, who resigned on the 16 August for health reasons. the reasons.

The podcast “”Dew DiligenceÂ», Moderated by Adam Dew at https://www.dewmediainc.com/dew-diligence-podcast

Read more of the Sun Press.