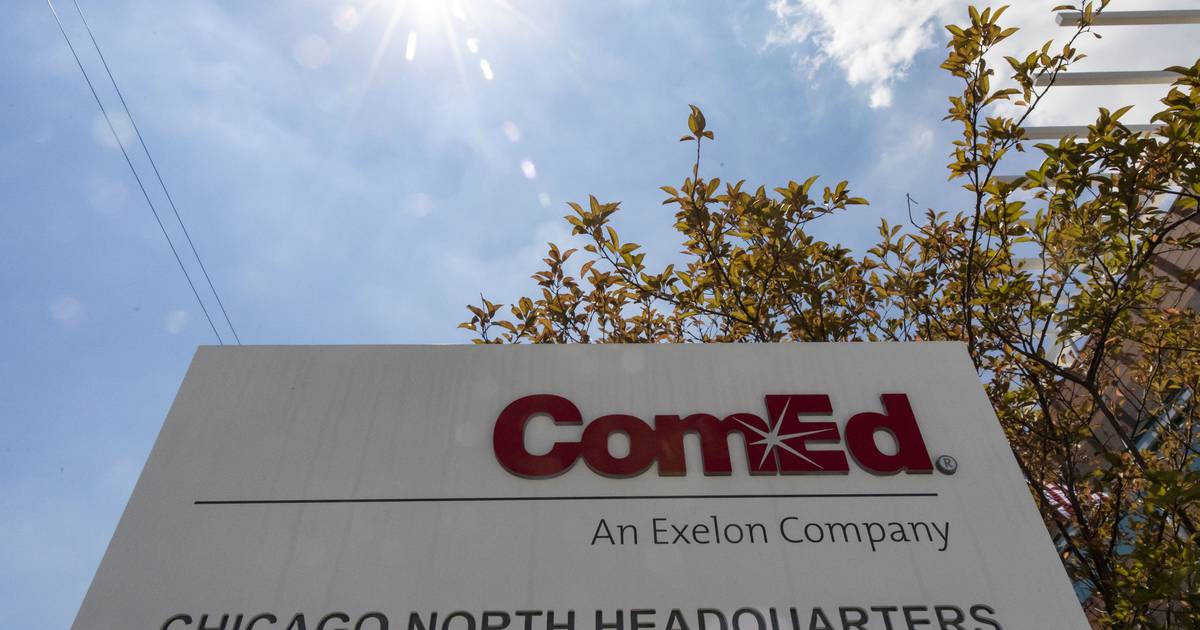 In its editorial “ComEd wants a rate hike. Not a penny, Illinois should say, until the utility regains the public’s trust. (April 19), the Tribune editorial board is correct that nearly two years after ComEd’s deferred prosecution agreement, we still have work to do to regain the trust of our clients and communities.

The past conduct of former ComEd leaders has violated our values, ethical standards and code of conduct. We must be responsible and we accept full responsibility for this conduct.

Following its deferred prosecution agreement, ComEd paid a significant penalty and voluntarily removed the costs from customer tariffs. Equally important, we have taken strong steps to ensure that this type of behavior does not happen again. We have significantly strengthened our compliance program and implemented robust new policies, controls, oversight and employee training regarding our work with public officials. We are also strengthening our culture of compliance and ethics through increased employee training.

We are engaged in this work because it is the right thing to do and it is essential to our responsibility as guardians of the power grid. It is also essential that we make the necessary investments to provide our customers with safe and reliable electricity service, that we invest prudently and carefully, that we support the transition to 100% clean energy and that we work with the State to make in the face of the climate crisis. While ComEd is asking for an increase in delivery charges, there will be offsets and decreases due to lower energy supply costs, accelerated tax benefits and carbon mitigation credits.

The grid was designed decades before the widespread adoption of renewable energy, electric vehicles, heat pumps and emerging uses like indoor agriculture and data centers. The infrastructure investments we have proposed support the goals of the Climate & Equitable Jobs Act passed in Illinois to fight climate change, create clean energy jobs, ensure equity and prioritize a just transition to a green economy. The Illinois Commerce Commission, which regulates ComEd, will review our investments, which will only be included in the tariffs if the commission deems them prudent and reasonable.

We will work to meet the highest standards of ethics and compliance, and we will work just as hard to provide reliable, affordable, clean and sustainable energy to our customers and communities.

I was really surprised to read ComEd’s filing of a $199 million rate hike (“ComEd seeks $199 million rate hike; would add $2.20 per month to bills”, April 16 ), the highest amount requested in eight years. The breathtaking hubris of this decision should stun even the most jaded connoisseur of Illinois corruption.

Two years ago, ComEd agreed to pay a $200 million fine to settle federal bribery charges — bribes that would have been used to grease the skids during years of exorbitant rate hikes, according to federal authorities. This alleged corruption and racketeering activity led to the indictment of Anne Pramaggiore, former CEO of ComEd’s parent company, Exelon, and former Illinois President Michael Madigan.

Now the utility is asking for another rate hike for almost the same amount like the fine he agreed to pay in 2020. Besides the brazen arrogance of asking for even more money so soon after admitting to a bribery scheme worth an estimated $150 million for the service public, his cynicism towards taxpayers and disregard for any consequence is shown how bad this dollar “coincidence” would seem to anyone paying attention.

But then no one cared, did they? ComEd chose to file not just on a Friday, usually the day the information you don’t want the public to see, but on Good Friday and the day before Passover. The Tribune covered the story, but of course it was to be published in the Saturday edition of the newspaper – usually the least read of the week. I can only shake my head at how much ComEd and their lawyers manipulate us to their advantage.

Just so I understand: ComEd gets fined $200 million for scheming with politicians, and now he’s talking about a $199 million rate hike because “we need to improve our infrastructure”? Call it a coincidence if you will, but it seems ComEd officials want to waive the fines and make customers pay instead. Awesome!

I always thought penalties were just that – something that will hurt the bottom line of the business so it learns not to do it again.

The difference between Willie Wilson’s vote buying and Mayor Lori Lightfoot’s vote buying is this: Wilson uses his own money while Lightfoot uses our money.

So far, declared mayoral candidate Wilson has donated $2.2 million of his own money in two rounds of gas giveaways.

I do not condone vote buying in any form, but especially when it is at my expense.

Join the conversation in our Letters to the editorial Facebook group.

Submit a letter of no more than 400 words to the editor here or email [email protected].

Candidates for the position of public health officer interviewed, selection next week

Daughters of the Occupation by Shelly Sanders – Book Review