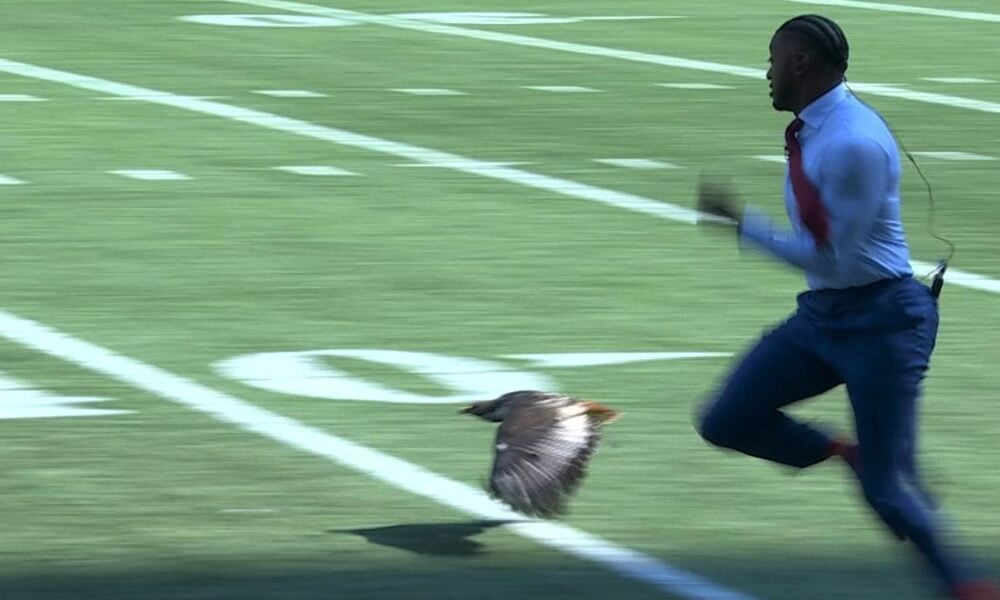 Robert Griffin III is part of Monday night countdown on ESPN this year and he made a strong impression on Dan Le Batard the first week. Le Batard speculated that the Heisman Trophy winner’s run with a hawk before Monday night’s game between the Seahawks and Denver Broncos may have been the most interesting part of ESPN’s broadcast.

“You have RG3 beating him to the wire,” said Le Batard on his Tuesday show. “That was great television!”

The video showed that Griffin did beat the hawk, but the fact that the hawk stopped to get a treat from his trainer definitely helped. Dan Le Batard said it was proof that being good on TV is about being unique and creating moments people remember.

“You can’t imagine a lot of people streaming around this show giving you the visual image of running in dress clothes and sprinting and catching a bird,” he said.

Mike Ryan told the Batard that many people on social media are not fans of RG3 as a broadcaster.

“People say RG3 isn’t good at it?” asked Le Batard. “I would have thought his voice is so distinctive and his energy so distinctive that no one would really have a problem with his enthusiasm for what we were watching.”

Le Batard said that’s why Griffin made such a big impression last night. He found a way to stand out by not strictly adhering to what’s in his job description.

“Television isn’t about what you say. Can you do the paper flash stuff?