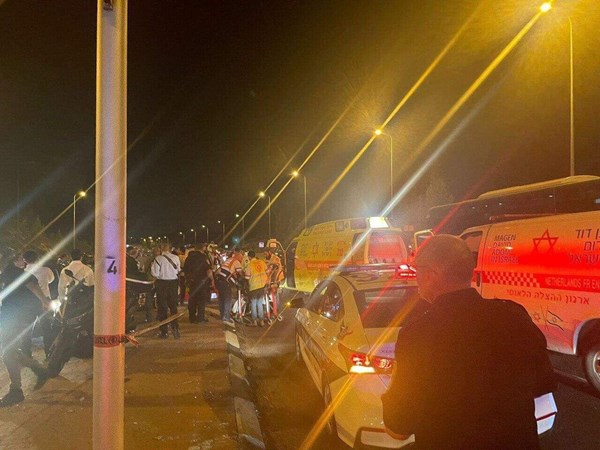 Israeli media reports that a man tried to break into a vehicle carrying illegal Israeli settlers and attacked them with pepper spray and a knife.

The man who stabbed attempted to open the doors of a vehicle with several settlers inside, using pepper spray and threatening them with a knife in his hand.

“Israeli occupation forces are arresting a man near the scene south of Ramallah,” Israeli media reported. “Another assailant may have fled the scene, and Israeli forces are carrying out large-scale search operations in the area.”

Egyptian officials had warned the Israeli occupation against conducting “military operations” in the occupied West Bank as it could lead to an “explosion” of the situation there, Israel’s state broadcaster said. CAN said Sunday.

“Egyptian officials warned Israel that the situation could spiral out of control, and they criticized Tel Aviv for its action,” the Israeli channel added.

Contrary to Cairo’s demands, the Israeli occupation assassinated two senior PIJ figures in the Gaza Strip earlier this month and refused to release Palestinian detainees Bassem Al-Saadi and Khalil Awawdeh despite promises to do so. The Israeli occupation also shot down an Egyptian drone over the Sinai in June, causing high tensions between the two.

Egyptian officials who spoke with CAN criticized, according to the channel, the behavior of the Israeli occupation, and believes that the increase in Israeli activity in the West Bank “embarrasses the Palestinian Authority and undermines it even more”.

Contrary to Cairo’s demands, the Israeli occupation assassinated two senior PIJ figures in the Gaza Strip in August and refused to release Palestinian detainees Bassem Al-Saadi and Khalil Awawdeh despite promises to do so. The Israeli occupation also shot down an Egyptian drone over the Sinai in June, causing high tensions between the two.

Therefore, the Al-Quds Brigades launched an operation in response to the Israeli occupation’s aggression on the Gaza Strip, launching salvoes of rockets towards the occupied Palestinian territories.

Israeli media reported last week that the occupation was preparing to use drones in its military operations in the West Bank, which have been on the rise since March.

The West Bank is going through turbulent times amid Israeli concerns over an intifada (uprising) led by Palestinian youth, a Yedioth Ehronoth says the report.

“What we have seen in recent months in the West Bank is another type of Intifada, different from the Intifada of the 80s and the Intifada of 2000, and it is distinguished by violence against the army,” said Israeli media.