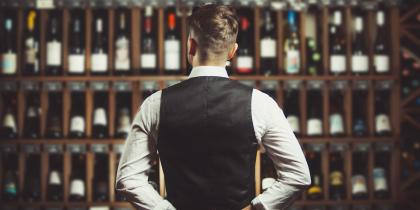 At the end of 2020, the United States Department of Labor (DOL) issued a final rule on tip regulations which, in part, sought to eliminate the so-called “80/20” or “20%” rule, under the Fair Labor Standards Act (FLSA). The 20% rule has been used by the DOL and the courts to determine whether a “tip employee” traditionally devotes sufficient time (that is to say, at least 80%) to tip-generating tasks so that the employer can claim a â€œtip creditâ€ and pay the employee a reduced cash salary for that time worked.

The final rule was due to come into effect in March 2021, but, following the election of President Joe Biden, the DOL delayed passage of parts of the regulation dealing with the 20% rule, and then, in June 2021, published a notice of regulatory proposal. to reinstate the Rule, albeit in a revised form to clarify its application. The proposed rule has not yet become final, although the public comment period has ended.

Meanwhile, the U.S. Court of Appeals for the Eleventh Circuit, considering a case involving the DOL’s initial elimination of the 20% rule in a 2018 opinion letter, has now ruled that the opinion letter was not entitled to deference and that the 20% rule was a reasonable application of the FLSA and its bylaws. Rafferty v. Denny’s, Inc., 2021 US App. LEXIS 27680 (11th Cir. 15 Sep 2021). The Eleventh Circuit has jurisdiction over federal courts in Alabama, Florida, and Georgia.

The FLSA requires employers to pay non-exempt employees the full federal minimum wage (currently $ 7.25 an hour), but treats â€œtip employeesâ€ differently – those who usually and regularly receive at least $ 30 per hour. months in tips. The FLSA allows employers to pay them a direct wage of $ 2.13 per hour and take a “credit” for tips received by the employee to meet the remaining portion ($ 5.12 per hour ) minimum wage. If the combination of direct pay and total tips is less than the minimum wage for all hours worked in a work week, the employer must make up the difference.

The 20% rule, which first appeared in a DOL Field Operations Manual (FOH) in 1988, required employers to pay tipped employees the full minimum wage, rather than the lower peak wage. , if an employee spends more than 20% of his time working. allegedly tipping duty. Under the Rule, employers, especially those in the restaurant and hospitality industries, were forced to recreate the day-to-day activities of their tipping employees and separate them into â€œtip-generatingâ€, â€œtip-generatingâ€ tasks. related, but not tip-generating â€, andâ€œ unrelated â€tasks, with little guidance on what activities fall into which bucket and how to capture that time.

The DOL initially withdrew the 20% rule in a November 2018 opinion letter and reaffirmed this withdrawal in a February 2019 FOH amendment. In its place, the DOL concluded that â€œan employer can take a credit of tipping for any length of time an employee in a tipping profession performs related duties and without tipping at the same time as, or within a reasonable time before or after, his tipping duties. . “A task without a tip would be considered ‘linked’ to a tipping profession if the task is listed as a task of the tipping profession in the Occupational Information Network (O * NET). By eliminating the rule Of the 20%, the DOL noted in part that â€œan employer of an employee who has important non-tip related duties that are inextricably linked to his tip duties should not be required to account for the time that the employee on the contrary, such duties are generally rightly regarded as part of the employee’s tipping occupation, according to the law. “

Nonetheless, some courts have refused to apply DOL’s new position, finding that the Agency’s departure from the long-standing 20% â€‹â€‹rule did not warrant deference under the so-called Auer doctrine. So from 2019, the DOL set out to develop formal rules and in doing so noted that allowing tip credit for tasks performed “for a reasonable period immediately before or after” a duty to tip ” creates a sufficiently intelligible distinction between employees in tip-top occupations and unreported occupations. In short, the DOL added, the “related duties” test “performs better” on the regulatory text than the 20% rule, because it focuses on whether an employee is engaged in an “occupation” rather than whether he is “” performing certain types of tasks or tasks within the stated occupation. In December 2020, the DOL released a final rule to formally end the 20% rule and thus force the courts to apply a more deferential standard to the Agency’s new position.

Shortly after the arrival of the Biden administration, the DOL delayed the effective date of provisions of the new final rule that would have eliminated the 20% rule and, in June 2021, proposed a new rule. final which would reinstate the 20% rule, with modifications. which claim to eliminate the vagueness that has systematically left employers perplexed. Under the current proposal, while employee time spent on â€œtip-generatingâ€ (or â€œtip-generatingâ€) tasks obviously remains eligible for tip credit – and conversely, unrelated work. at work producing tips will remain ineligible for tip credit. – the concept of â€œrelated but not tip-generatingâ€ tasks will be replaced by â€œwork that directly supports a tip-producing jobâ€ and the time spent on this work would also be eligible for tip credit â€œon condition that it not performed for a substantial period of time, “which” substantial “time is defined to mean more than 20% or 30 continuous minutes.

Meanwhile, plaintiff Lindsay Rafferty, a former waitress at a Denny’s restaurant, has filed a class action lawsuit under the FLSA alleging that Denny’s violated the tip credit rule by forcing waiters to spend more than 20% of their time doing â€œside workâ€ without tips, such as cleaning, preparing food, taking out garbage, carrying tables and other tasks without tips. The district court dismissed the plaintiff’s request for conditional certification and granted a subsequent motion for summary judgment filed by Denny’s, relying in part on the 2018 DOL opinion letter which eliminated the 20% rule. . The trial court concluded that the complainant’s claims had failed because she had failed to demonstrate that her alleged â€œside workâ€ was not contemporaneous with her tip-related activities.

The plaintiff appealed and Circuit Eleventh reversed, expressly rejecting the DOL’s elimination of the 20% rule in the 2018 opinion letter, instead arguing that the ministry’s findings in support of the elimination of the rule were unreasonable and unworthy of deference under either standard of review. established for informal and sub-regulatory guidance of an organization. In the absence of formal guidelines from the DOL (which did not yet exist at the time the case was in the district court), the Court of Appeals turned to the FLSA and its bylaws themselves to determine whether either imposed limits on the amount of time a tipping worker can spend performing so-called tip-free duties.

Despite the absence of such a time limit in the law or its regulations, the Eleventh Circuit nonetheless concluded that a 20% time limit did indeed apply to the performance of duties “related” to tipping rights, and furthermore felt that no tip credit could be taken for performing tasks “unrelated” to tipping work. In distinguishing between â€œrelatedâ€ and â€œunrelatedâ€ tasks, the Court of Appeal held that â€œthe dividing line between related and unrelated tasks falls when non-tipping tasks no longer directly support tipping tasksâ€, borrowing, almost word for word, the language of the current DOL proposal. Final rule. As examples of â€œunrelated tasks,â€ the Court of Appeal cited wiping microwave ovens and stoves; wash and scrub the walls; clean and scrub refrigerators, sinks, trays and garbage cans; and detailed cleaning on the shipping line.

In summary, Circuit 11 concluded that the 20% rule was an appropriate standard for determining when an employer can take tip credit. As a result, the Eleventh Circuit overturned the District Court’s grant of summary judgment to Denny’s, finding that the complainant had established a genuine question of material fact as to whether, and how often, she had performed a unrelated and unreported work.

Between the publication by the DOL of a rule proposal that would reinstate a slightly modified 20% rule and now the maintenance of that rule by the Eleventh Circuit, it seems that – at least for the foreseeable future – the rule, in some form or another, will probably survive. The DOL, of course, could refuse to publish a new final rule and instead come up with a different rule, but that seems unlikely. Thus, employers should review their practices to reduce the risk of tipped workers claiming to have done too much work that neither generates tipping nor directly supports tipped work.