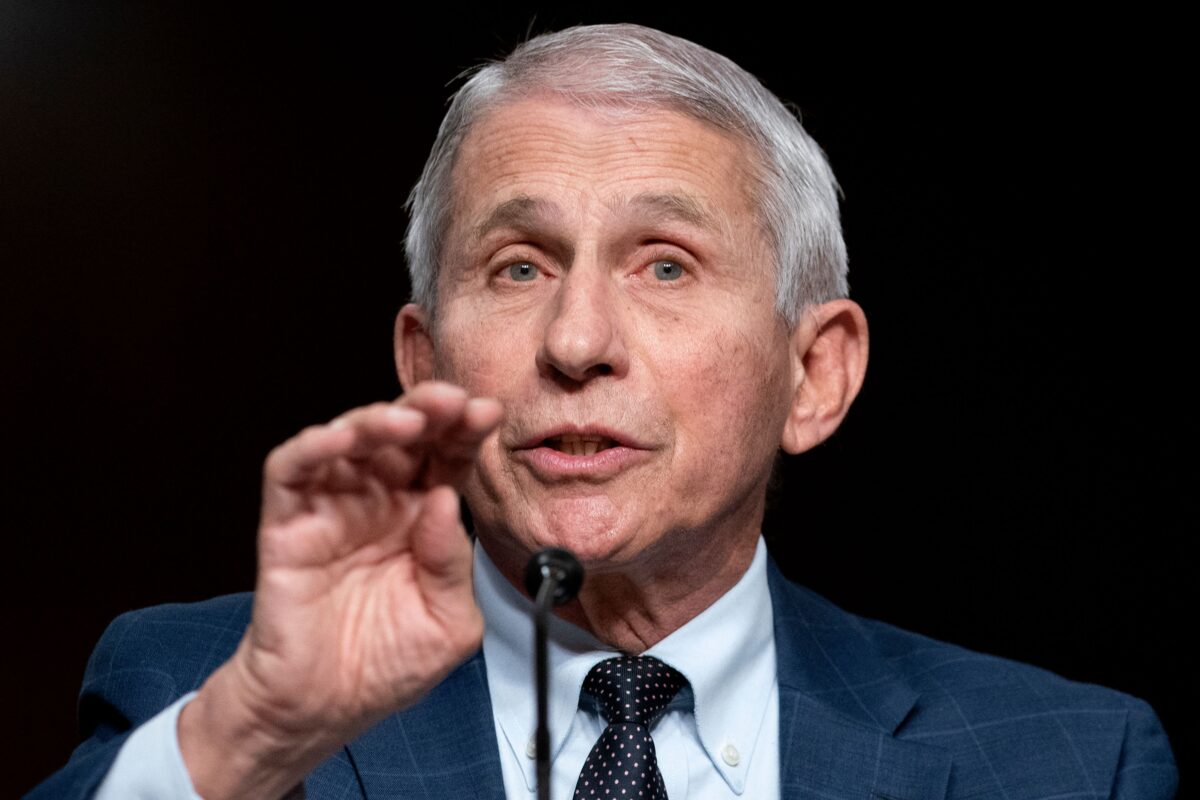 “The Fauci family’s disclosed net worth has increased from $7.6 million (January 1, 2019) to over $12.6 million (December 31, 2021),” according to the president of OpenTheBooks.org (OTB) , Adam Andrzejewski, writing on Sub-stack, on the financial situation of the famous director of the National Institute of Allergy and Infectious Diseases (NIAID) of the National Institutes for Health (NIH).

Fauci is also President Joe Biden’s chief medical adviser and has held a similar position under President Donald Trump since the pandemic began in 2020.

He is also the highest paid federal employee, earning more than $456,000 in 2021 in compensation. His federal salary rose to $480,000 per year in 2022, earning him higher incomes than the president, vice president, and Supreme Court justices.

Fauci’s finances were further boosted by a $1 million award he received for the Dan David Prize from Tel Aviv University in Israel. Fauci kept more than $900,000 of the million dollars, with the difference going to fund scholarships, according to his disclosure forms.

“Fauci also received awards of $12,500 from the Eliot Richardson Prize in Public Service on July 31, 2021 and the Abelson Prize from the American Association for the Advancement of Science on February 8, 2021,” Andrzejewski continued.

The Epoch Times has sought comment from Fauci, but none has been received as of this story’s press.

Four separate federal lawsuits have been filed by the OTB in its effort to force the NIH to release data regarding royalties valued at $134 million paid to more than 1,600 NIH executives, scientists and researchers by outside companies. believed to be primarily from the pharmaceutical industry, between 2010 and 2014.

The royalties were first reported by The Epoch Times in May.

Based on figures from this period, the OTB projects that approximately $350 million of these royalty payments were made by outside payers to NIH employees between 2010 and 2020.

Collins stepped down as NIH director in December 2021 after 12 years at the helm of the world’s largest public health agency.

His acting successor, Dr. Lawrence Tabak, conceded during a congressional hearing earlier this year that “there could be an appearance of conflict of interest” in the royalty payments.

Fauci’s wife, Christine Grady, is also very well paid and is registered with the NIH website as “Principal Investigator” and “Head of the NIH Department of Bioethics Health clinic center.”

His title is currently listed by the United States Office of Personnel Management as “Social Science” with a pay grade of $238,970, according to Data compiled by OTB. The current peak pay rate for senior federal government officials is $226,300.

Grady’s compensation is at the center of one of four OTB lawsuits following NIH officials’ refusal to release the information requested via an April 8 FOIA request by the OTB. The court case was filed in the United States District Court for the District of Columbia.

The OTB request sought “all employment contracts, amendments and endorsements” for Grady since she took on her current role, as well as “all confidentiality agreements/documents, waivers or documents about conflicts of interests, ethical disclosures and financial and/or economic interests”. disclosure documents.

All federal jobs are required by law and regulation to have an official job description that outlines specific duties and responsibilities for which the individual may be held accountable.

Congressional Correspondent for The Epoch Times.

Get Payday Loans No Guaranteed Approval No Credit Check