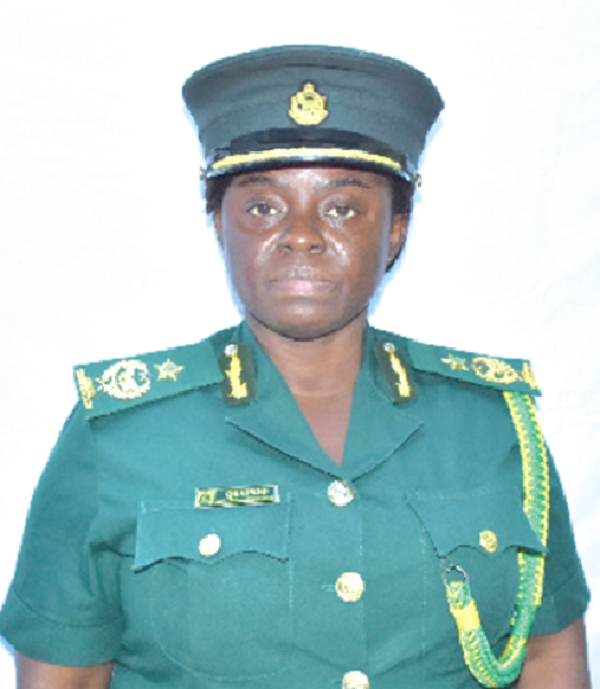 The Greater Accra Regional Commander of the Ghana Immigration Service (GIS), Deputy Commissioner of Immigration, DCOI Maud Anima Quainoo, urged the staff of the service to work hard to improve the image of the service.

She therefore warned agents to refrain from activities that could discredit the name of the service.

DCOI Quainoo provided guidance when she made working visits to two districts under her command to familiarize herself with field operations and also to interact with officers to boost morale.

She visited Amasaman and Legon districts under his command and expressed satisfaction with the work of the officers in charge of the districts after the exercise.

She encouraged officers to work hard to help their commanders achieve service goals and avoid laziness while maintaining the utmost professionalism in the performance of their duties.

DCOI Quainoo indicated that any agent who would have violated one of the offenses set out in the GIS 2016 regulation (LI 2245) would be sanctioned accordingly.

She also paid a courtesy visit to the Dean of International Programs at the University of Ghana, Legon, Professor Eric Osei-Assibey, to establish a mutual relationship with the center.

She thanked the dean for the office space given to the student permit processing department.

The regional commander also met with the chief executive of the Ga West Municipal Assembly, Mr. Clement Wilkinson, who had donated land for the Amasaman district office, as well as offices to Adjen Kotoku to allow the service to monitor, register and regularize the stay of foreigners in the country.