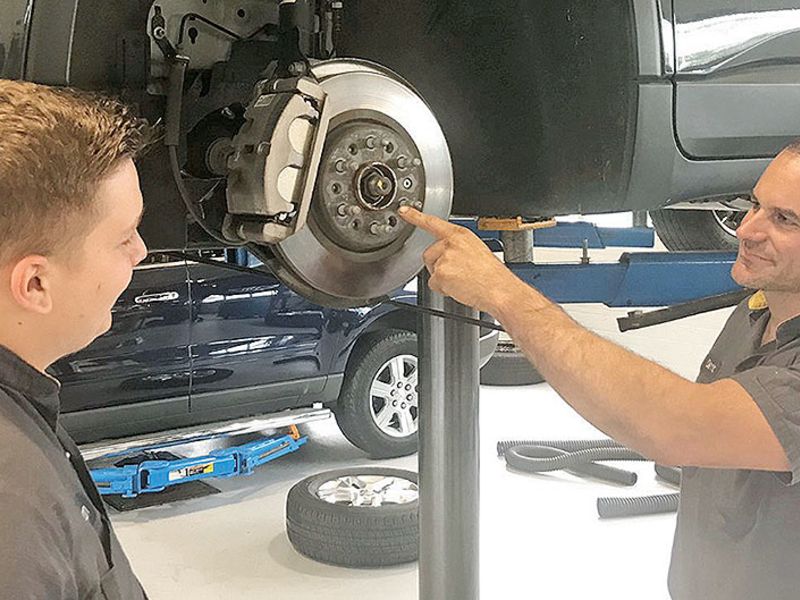 As Komar and Long interviewed Faulkner’s senior technicians and service managers on ways to improve the mentoring program, they discovered that some older technicians had unmet career needs. Komar says: “We’re talking about guys who are a little bit older who come to you and say, ‘What’s my next step?’ You never want to say to someone who has been loyal to you for all these years, â€œSorry, I have nothing for you, you went out.â€ How do you use that knowledge, for them and for the company? ”

Keegan Martin, 20, graduated from Thaddeus Stevens College of Technology in Lancaster this spring, trains with Wenger. Martin, who worked at the Chevy store as a porter before graduating from college, discovered the program during his job interview.

â€œFor the first day or two, it was scary. It’s a very close-knit group of guys. But everyone was friendly and open to me,â€ said Martin. “I told people I learned more from Derrick than I maybe got in school.”

Komar says the five interns at the stores he oversees who completed the program are now full-time technicians who excel at their jobs.

The mentorship program is part of Faulkner’s effort to permanently solve his technology shortage.

The company has committed $ 1 million to a technician training program at a local high school whose first graduates will arrive in about three years.