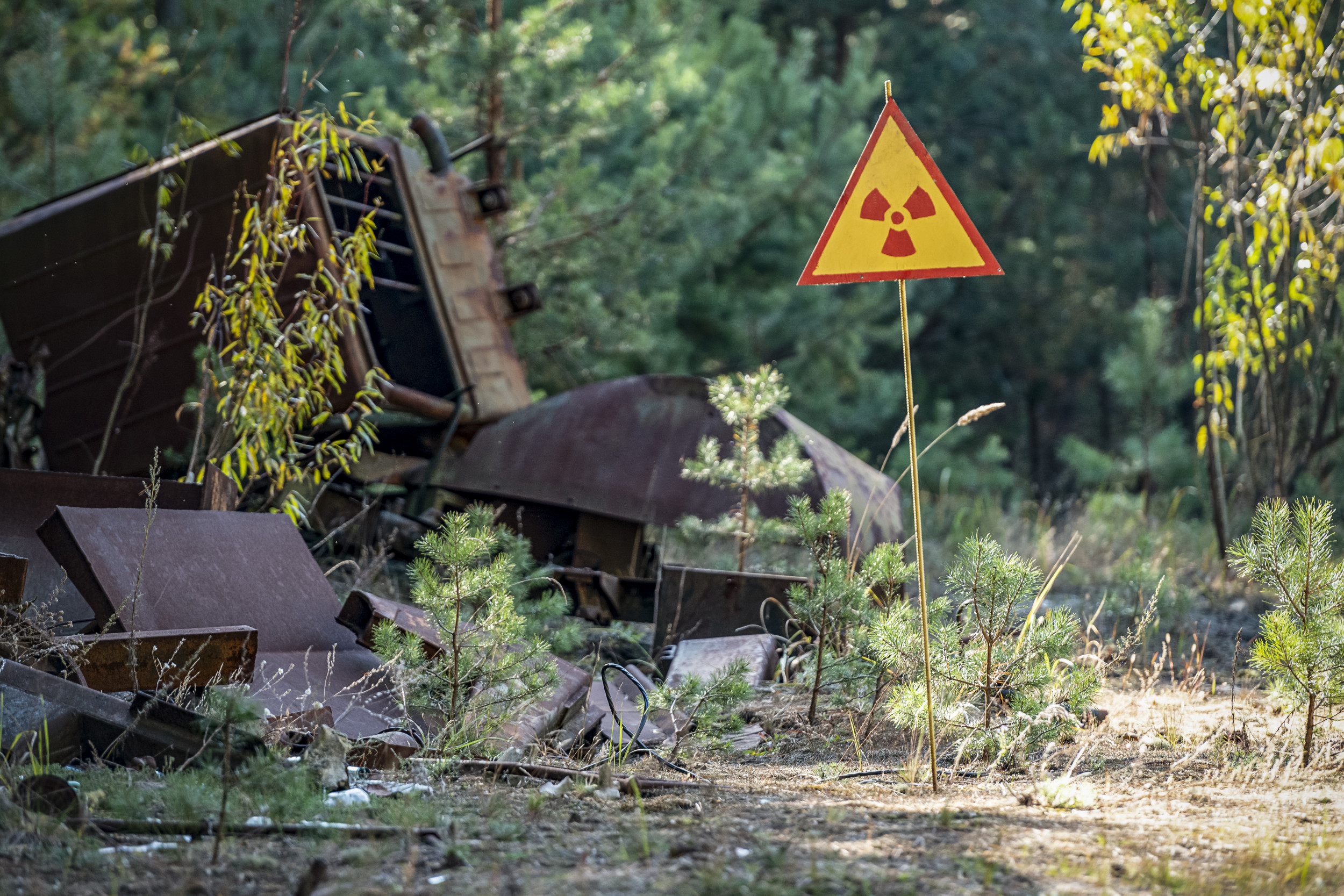 Greenpeace has accused the International Atomic Energy Agency (IAEA) of minimizing the damage caused to Chernobyl following the Russian invasion of Ukraine.

The environmental organization carried out a survey of Chernobyl – the site of one of the worst nuclear disasters in history – after the Russian occupation of the region to verify what it said was “very limited data” from the ‘International Atomic Energy Agency (IAEA), regarding increased radiation levels.

Russian forces seized the Chernobyl nuclear power plant on the first day of Moscow’s invasion of Ukraine. In March, about 600 Russian troops were deployed there, according to Greenpeace.

Following its occupation, Ukraine said radiation levels in the region had increased. According to reports from February, workers at the site said they recorded an increase in radiation after Russian soldiers drove their vehicles into highly toxic areas and disturbed the area’s soil during military operations.

Russian troops left the area at the end of March. The IAEA then released a statement, saying that while radiation levels had increased slightly, they were “significantly below” permitted levels for workers in the environment.

Speaking at a press conference on April 28, IAEA Director General Rafael Mariano Grossi said: “Of course there has been an increase in levels, but the situation is not one of those which could be judged to pose a great danger to the environment at the time we were taking the measures.”

Greenpeace said this information was insufficient.

Greenpeace conducted a limited survey in the Chernobyl Exclusion Zone. The investigation was limited due to Russian landmines remaining in most of the area, the organization said in a press release.

The organization said in a statement that radiation levels were “at least” three times higher than IAEA estimates.

Greenpeace also said it fears the IAEA has been “severely compromised” in its role in Ukraine’s nuclear safety and security because of its ties to Russia’s ROSATOM nuclear agency. According to Greenpeace, its current deputy director of the IAEA, Mikhail Chudakov, is “a long-time ROSATOM official”.

“But in fact, the biggest problem is the complexity of the site of the wider exclusion zone and the locations of other Russian forces identified in our report,” Burnie said.

Greenpeace used a drone to measure radiation in these other locations.

A Russian camp had levels measuring 200 to 500 CPS (counts per second). In another area, where Greenpeace identified three Russian soldiers, levels were at 8,000 CPS.

To put the counts per second into context, the Radiation Network considers a radiation level of around 1.7 CPS to be a warning level. Chernobyl however has always had high radiation levels due to the 1986 nuclear disaster.

Greenpeace said it also discovered from Ukrainian scientists based at the site that Russian military operations were interfering with “critical laboratories, databases and radiation monitoring systems” that are in the exclusion zone.

The organization said the interference could cause “serious damage” to the “unique scientific infrastructure developed” to study the highly contaminated environment.

In a Russian camp, radiation levels are typically 0.18 microSieverts per hour (µSv/h). Greenpeace said in a press release that levels were now 2.5 µSv/h, at a height of 10cm. A sievert is a unit used to measure the health effect of radiation doses on the human body. A lethal dose of sieverts received over a short period of time is approximately 4 to 5.

At a crossroads 500 meters from the former Russian roadblock next to the Red Forest, which surrounds the Chernobyl nuclear power plant, the dose rate was 7.7 µSv/h. Greenpeace said this was “so much higher than that measured by the IAEA”.

It may have been caused by Russian troops disturbing layers of soil, the organization said.

burnie said Newsweek this internal exposure was also not mentioned by the IAEA.

He added that so far there has been “silence from the IAEA”.

“Understanding the complex effects of radiation at [Chernobyl] is essential for the world and that means conducting research and working with international scientists. All of this has been endangered by Russia’s war on Ukraine,” Burnie said in a press release. Russian landmines and antipersonnel explosives. This is another outrageous legacy of Russia’s illegal war and it is a crime against the environment and global science. The IAEA seems reluctant to explain the magnitude of the radiological risks to [Chernobyl] and the impact of the Russian occupation.”

Appointment of Judicial Officers to Solicitor General’s Office is not public employment, no reservations for such professional engagements: MP High Court