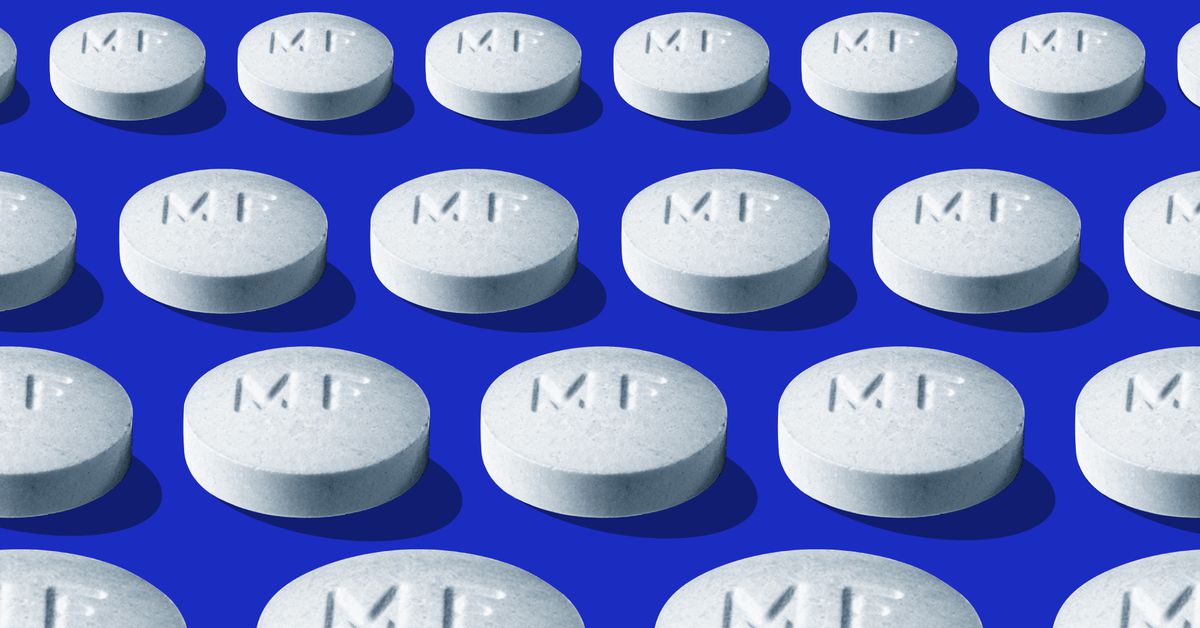 How the ‘abortion pill’ could work as birth control

Imagine a whole new form of birth control. It’s a pill, but instead of taking it every day at the same time, you only take it once a week – or, potentially, even less frequently. If you don’t have regular sex, you can stop and start this pill as needed or just take it after having sex, as it also works great as a morning after pill. It does not contain the hormones estrogen or progesterone, so many of the side effects commonly associated with current birth control pills (including weight gain, mood swings, acne, and decreased libido) are not not a problem. And if you end up taking it long-term, it thins your uterine lining, eliminating your period. More surprisingly, it also has the potential to treat endometriosis and fibroids and possibly even prevent breast cancer.

It’s too good to be true? Here’s the best part: This hypothetical birth control pill already exists, has been thoroughly researched for its safety and effectiveness, and best of all, is an FDA-approved drug. The problem? It’s mifepristone, better known as the “abortion pill” that Republicans across the country are currently trying to ban. At a time when access to abortion seems newly precarious, abortion advocates hope the focus on the contraceptive properties of mifepristone will help break down the artificial wall between “abortion” and “contraception.” in the process – and secure access to mifepristone worldwide.

The contraceptive properties of mifepristone are not really new. Throughout the 1990s and 2000s, researchers like Kristina Gemzell Danielsson, a professor of obstetrics and gynecology at the Karolinska Institutet, examined the compound’s effectiveness as both emergency contraception and birth control pills. Although there was some debate about whether mifepristone worked better as a weekly or monthly contraceptive, the general consensus was that it held great promise as a non-hormonal birth control pill. The same mechanism it uses to stop fetal development – by blocking the release of progesterone – can also be used to prevent ovulation and thin the uterine lining, making pregnancy impossible.

But about a decade ago, research interest in mifepristone seemed to have dried up – largely, Gemzell Danielsson thinks, because of abortion stigma. Another compound, ulipristal acetate, also showed promise as an emergency contraceptive and treatment for fibroids without the baggage of abortifacient marker. “It was sort of decided that [ulipristal acetate] should be further developed for contraception while mifepristone should be developed for abortion,” says Gemzell Danielsson, noting that ulipristal acetate has become a common emergency contraceptive (sold as Ella) and a drug against fibroids (under the brand name Esmya).

But ulipristal acetate has risks that mifepristone does not. Notably, there have been rare but serious cases of liver damage when taken regularly to treat fibroids. In contrast, mifepristone has been shown to be largely safe, even when taken in high doses daily (patients with Cushing’s syndrome regularly take 300 to 1200 mg of mifepristone daily, far more than the 25 to 50 mg per weeks needed for contraception). Researchers have also found it to be a safer alternative to current endometriosis medications as well as a safe and effective treatment for fibroids.

More than two decades after first investigating the possibility of using mifepristone for contraception, Gemzell Danielsson is working with Dr. Rebecca Gomperts – best known as the founder of abortion access organizations Women On Waves, Women on Web and Aid Access – on a new study aimed at conclusively proving that mifepristone can and should be used as a primary contraceptive.

First, Women on Web brought together a team of medical, scientific and ethical experts from around the world to conduct a year-long clinical trial involving nearly 1,000 women in the Netherlands and Moldova, using mifepristone every week for a year. The study was designed in accordance with FDA and European Medical Agency protocols and has already recruited seven hospitals as participants and obtained all necessary clinical and ethical approvals to begin the study in Moldova. With this, Women on Web plans to pick up where Gemzell Danielsson’s research left off, determining the most effective dosage for contraceptive use, as well as unforeseen complications and side effects that may arise from use. weekly low-dose mifepristone.

If the study conclusively determines a safe and effective dosing regimen for a prophylactic formulation of mifepristone, Women on Web will register the drug as a contraceptive with the European Medicines Agency. A number of organizations have already pledged to distribute the drugs as well. The study could also open the doors for the FDA to approve a low-dose mifepristone birth control pill alongside the 200mg abortion pill and 300mg Cushing’s drug.

This distinction could allow mifepristone to be distributed more widely and at lower cost. While the Affordable Care Act currently requires insurance companies to cover contraception, abortion is not necessarily covered. Additionally, providers who wish to distribute the abortive formulation of mifepristone are bound by regulations that do not apply to the Cushing formulation (and, potentially, the contraceptive formulation).

This result is not guaranteed. Beverly Winikoff, president of Gynuity Health Projects, is skeptical that the final results of this study will be significantly different from previous ones. “It’s a very steep mountain to climb,” she says. FDA requirements can be extremely difficult to meet, even if the compound has already been approved for other uses. In the best-case scenario, a contraceptive version of mifepristone would still be years away from the market – and there are several hurdles to overcome along the way.

One of these barriers is funding. Since contraceptives are generally cheap and mifepristone is no longer on patent, there is no major financial incentive behind this study – so pharmaceutical companies have not been particularly keen to get involved.

Subsidies also proved difficult to obtain. When Women on Web applied for funding through ZonMw’s Goed Gebruik Geneesmiddelen (proper use of medicines) program, their application was rejected. One response from the bid committee was particularly revealing. “According to the committee, repeated prescriptions run the risk of saving and reselling illegally to induce abortion,” he said, translated into English. “You are asked to explain how the drug remains in legal abortion practice and how this risk is mitigated.”

It was a comment she found odd given that abortion is legal in the Netherlands and – at least according to the Dutch government – readily available to anyone who needs it. “If you really analyze those kinds of arguments, it’s not really about drugs, it’s about distrust of women,” she says. There are many readily available items – including everything from Tylenol to bleach – that can be harmful if used improperly. Why is mifepristone viewed so differently? (Notably, it was only the funders who had this concern: the European Medicines Agency and the Dutch Pharmaceutical Agency expressed no concern when providing advice on the study. “It seems just that giving money to things is so much more political,” says Dr. Gomperts.)

Mifepristone offers new options that other birth control methods do not

In the meantime, Women on Web is pursuing a new strategy for financing a scientific study: crowdfunding. Dr Gomperts set up a GoFundMe campaign with a goal of €500,000 – the amount needed to kick off the initial phase of research. How successful the strategy will be remains to be seen, but Dr. Gomperts is still excited about putting the funding for her study directly into the hands of the people who could benefit most from her findings.

This isn’t the first time medical research has turned to people as traditional funding sources have run out. About a decade ago, oncologist and cancer researcher Dr. Jim Olson started Project Violet, a platform where anyone could donate money to support research into projects like Tumor Paint. Although Project Violet sparked discussions about the ethics of using crowdfunding for medical research, it was also a very different premise than what Women on Web does. Unlike Dr. Olson, Dr. Gomperts and his team are researching a well-researched, off-patent drug that anyone can make and benefit from. Their use of GoFundMe is, in some ways, not significantly different from the donation requests used to fund a number of research organizations.

If the study proves successful, it will hopefully break some of the stigma surrounding mifepristone and allow it to be seen not only as an abortifacient, but also as a potent drug with a range of benefits. uses. “There is so much potential in [mifepristone]says Gemzell Danielsson. “The potential is known – it was the connection to abortion that delayed further development.”