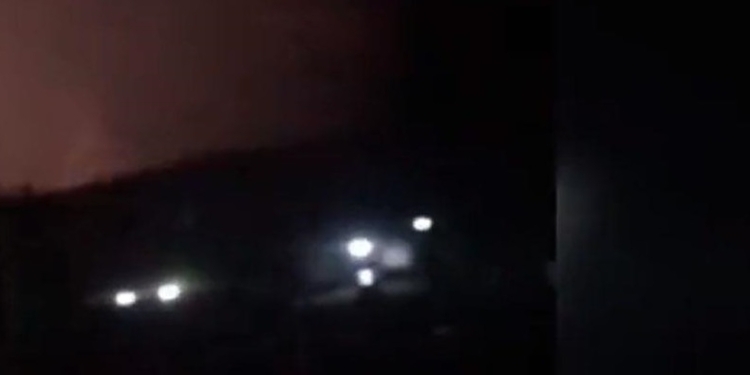 In a joint attack by the Turkish occupation and the PDK, 2 guerrilla fighters were killed and 3 others were injured. – ANHA | HAWARNEWS

The Roj news agency reported the martyrdom of 2 People’s Defense Forces (guerrilla) fighters, and 3 others were injured by the PDK and the Turkish occupation army, in air and ground attacks, in KhleBash fan areaûr (South Kurdistan), Amid reports that the injured were captured by Kurdistan Democratic Party (KDP) militants.

The agency cites local sources as saying that “a group of 5 fighters was attacked by a Turkish drone last night around 7:30 p.m. and 8:00 p.m. as they tried to move from one area to another in Khlefan Region.”

He also reported, citing local security sources, that Kurdistan Democratic Party militants in the region provided intelligence information to the Turkish state to bomb guerrilla fighters by drone, then they launched an attack. on the ground against the guerrillas, and the air attack resulted in martyrdom. of 2 guerrilla fighters and wounding 3 other fighters trying to survive.

According to what the agency cites the sources, the 3 wounded fighters decided not to surrender while they were besieged by the PDK, which led to violent clashes between the wounded and the PDK. activistsafter this KDP activists captured the wounded.

For its part, the KDP promoted the attack in which a drone belonging to the Turkish occupation state bombed a car belonging to guerrilla fighters, and they rescued the fighters from the hospital.

However, sources from the Roj news agency denied this and confirmed that the guerrilla forces were traveling on foot.

The People’s Defense Forces (HPG) made no statement regarding the joint attack launched by the Turkish occupation army and the PDK, until the time of the preparation of the report.

It should be noted that 2 groups of guerrilla fighters were ambushed by Kurdistan Democratic Party (KDP) militants in Khlefan area and an area near Ze river in July and August 2021, following which 9 fighters were martyred.