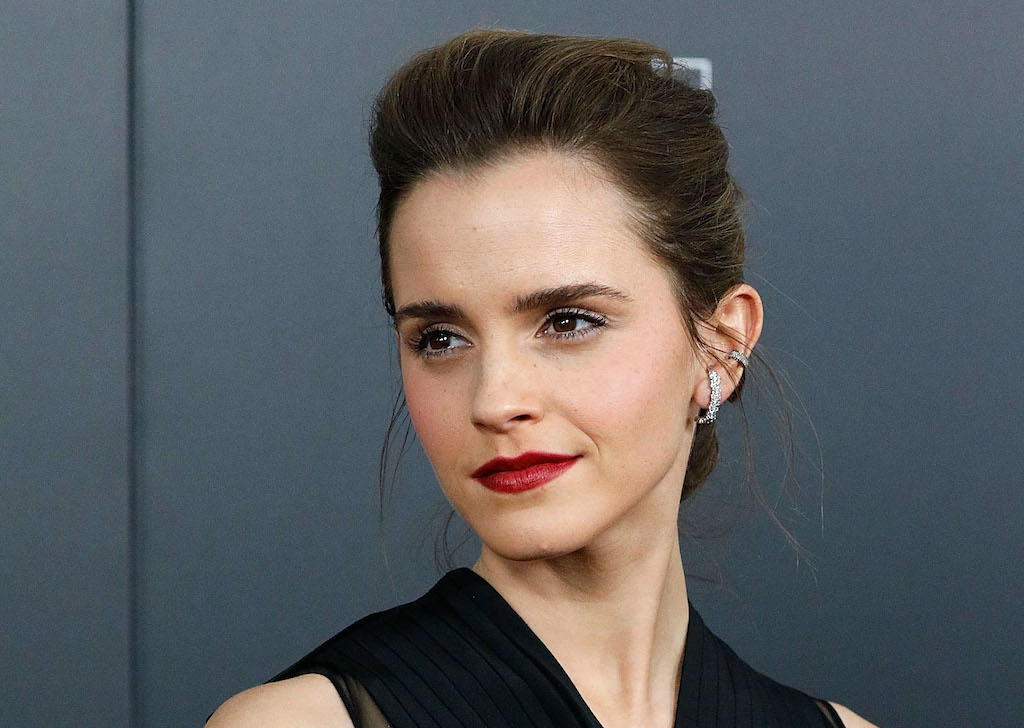 Whatever reservations we have about our celebrity-centric culture, there is a lot to be said for big names who support great causes. In what some would say is a key moment for the integration of the Palestinian liberation movement, Harry Potter star Emma Watson yesterday shared an image on her Instagram account – with 64 million followers – with the text “Solidarity is a verb “against a background of Palestinian flags.

Celebrated and rebuked in equal measure, the post led former Israel’s Ambassador to the United Nations Danny Danon to post a tweet call Watson an anti-Semite. His decision in turn sparked significant derision on social media, even from the most conservative Israeli advocacy circles.

Despite this, Danon’s response was very much in line with recent events. In October, acclaimed author Sally Rooney turned down a deal with an Israeli publisher out of respect for the Boycott, Divestment and Sanctions (BDS) movement, and faced similar charges of hating Jews. The following month, the Jewish Chronicle covered a protest against right-wing Israeli Ambassador Tzipi Hotovely citing comparisons to Kristallnacht.

Danon’s message might have been absurd in its sheer and immediate reach, but it was a logical extension of a process that seeks to make the very existence of Palestinians anti-Semitic, let alone displays of solidarity with them. This process is at the heart of the strategy pursued by apologists for the Israeli occupation for years.

At a time when public awareness and support for Palestinian liberation is gaining in importance, the use of a brutal instrument such as an accusation of anti-Semitism has become an effective tool to silence Palestinian solidarity. This is especially true when it comes to silencing progressive social movements that link Palestinian solidarity with other forms of anti-racism within a broader framework of racial justice. Viewing Palestinian identity, imagery, history and heritage as an existential threat to Jews is used to shield Israel from any kind of scrutiny or responsibility for its brutal human rights violations.

This tactic has developed over the years in subtle and insidious ways. The BDS movement, for example, has been regularly derided by defenders of Israel as the equivalent of boycotts that targeted Jewish businesses in Nazi Germany. Last month, Conservative MP Robert Jenrick vowed to ban BDS in a conversation titled “Why do so many people hate Jews?”

In November 2021, a lecture by scholar Somdeep Sen at the University of Glasgow was called off after the Jewish Society complained to the vice-chancellor that its topic – the political nature of Hamas – would create a “dangerous environment” for it. Jewish students on campus. Even the late Archbishop Desmond Tutu, a longtime activist against global injustice in its myriad forms, has been tainted with unfounded accusations of anti-Semitism because of his equation between Israel’s politics and apartheid – a classification shared by many, including Israeli human rights organizations.

These incidents may seem like fodder on social media, but they reflect a backlash against the growing strength of the Palestine Liberation Movement – a backlash that seeks to label even the most mundane criticism of Israel’s behavior as an attack on the Jews. It is no coincidence that, as the Palestinian freedom movement becomes more popular, efforts to codify the International Holocaust Remembrance Alliance’s (IHRA) definition of anti-Semitism and illegalizing campaigns like BDS – a goal pursued by the British government in the future UK Boycott Act – is also gaining political ground.

This approach is popular in the United States and Great Britain. This is supposed to have a chilling effect, and it does: those who want to speak out in solidarity with the Palestinians remain silent for fear of being labeled anti-Semitic and the consequences that would entail. It also serves to refocus the issue of anti-Semitism in what should be a discussion of Palestinian liberation, thereby serving to distract from the real consequences of decades of injustice in Israel and Palestine.

State and military violence is inflicted daily on Palestinian communities. On the day Emma Watson posted to Instagram, settlers destroyed a Palestinian cemetery in Burqa near Nablus, and the hunger strike of Hisham Abu Hawash – a Palestinian prisoner held without charge by Israel, who is now due for release on the 26th. February – has entered its 140th day. Yet the public conversation continues to focus on anti-Semitism.

The are also consequences for the fight against anti-Semitism – but not as those who make the accusations seem to think. In Britain, anti-Semitism has essentially been relegated to a factional conflict in an internal Labor Party struggle despite the fact that it – alongside anti-black racism, white supremacy and hatred of people LGBT – is on the rise nationally and globally. The amalgamation of anti-Semitism and criticism of Israel is therefore not only morally repugnant, it is also a fundamentally ineffective form of solidarity, and negates the way in which struggles against intolerance are inextricably linked.

These ties mean that we must all be strong and unabashed in our calls for the human rights of Palestinians and an end to the Israeli occupation. In this political context, Watson’s message was meaningful: he showed millions of people that solidarity with those who struggle against oppression can and should be part of mainstream political discourse. It also showed that, despite the best efforts of many, the cause of Palestinian liberation is well advanced, thanks mainly to those working on the ground to denounce the daily brutality that accompanies occupation and apartheid.

But Danon’s response was, in its own way, just as important: it showed that the allegations of anti-Semitism leveled against those who have done nothing but express solidarity with the Palestinians are as malicious as they are absurd. We should hope that this fact will remain in collective memory when the next round of accusations arrive.

‘Form is temporary, class is permanent. This applies here ‘: Pujara says criticism on his own, Rahane’s form is outside the noise | Locust

How do I make my cowardly son understand that no job is perfect? | Family