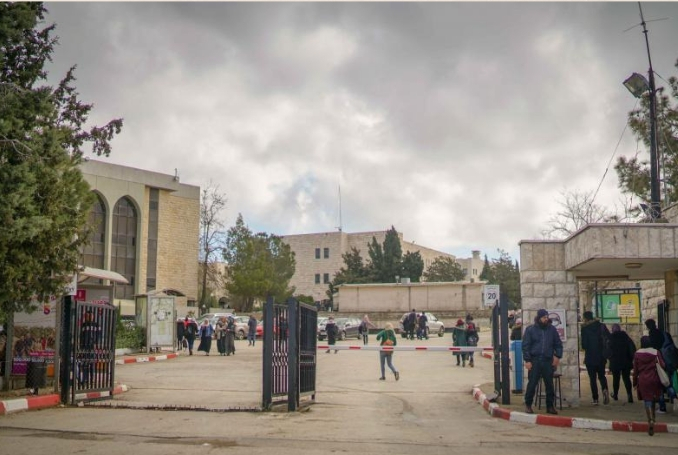 Israeli occupation forces raided the campus of Birzeit University in the occupied West Bank at dawn on Tuesday, the New Arab reported.

Israeli soldiers broke into the campus at around 4 a.m. after beating the guards and forced their way into science, engineering, pharmacology and graduate schools, sources told the. university in the New Arab.

Clashes that erupted with the Israeli occupation forces in the town of Birzeit after a raid on Birzeit University, before dawn today. ??#Free Palestine pic.twitter.com/5AbuAPzlPC

The soldiers searched faculty buildings and other campus facilities for two hours, damaging some of the contents inside, the sources said.

We express our grave concern and denounce the early morning raid on the main campus of Birzeit University by the Israeli occupation forces. These attacks are direct violations of international laws which prohibit any violation against # education_right @ Right2Edu pic.twitter.com/gwGpw2Fj1b

Dr Ghassan Al-Khatib, deputy president of the university, described the raid as “a dangerous escalation against education in Palestine”.

â€œThe raid directly threatens academic freedom and university life, and is a continuation of the Israeli attack on Palestinian society in general,â€ he told the New Arab.

ðŸš¨ The harassment and targeting of Palestinian universities and students directly impedes the Palestinian right to education and violates Israel’s obligation as the occupying power to protect educational institutions. 0FtrcGkY6h

Birzeit University is one of the oldest and largest Palestinian universities in the West Bank, with around 14,500 students enrolled in 2020, according to university records.

About 70 students from Birzeit University are currently under Israeli arrest, according to the spokesperson.

This is the real problem with employment data in India