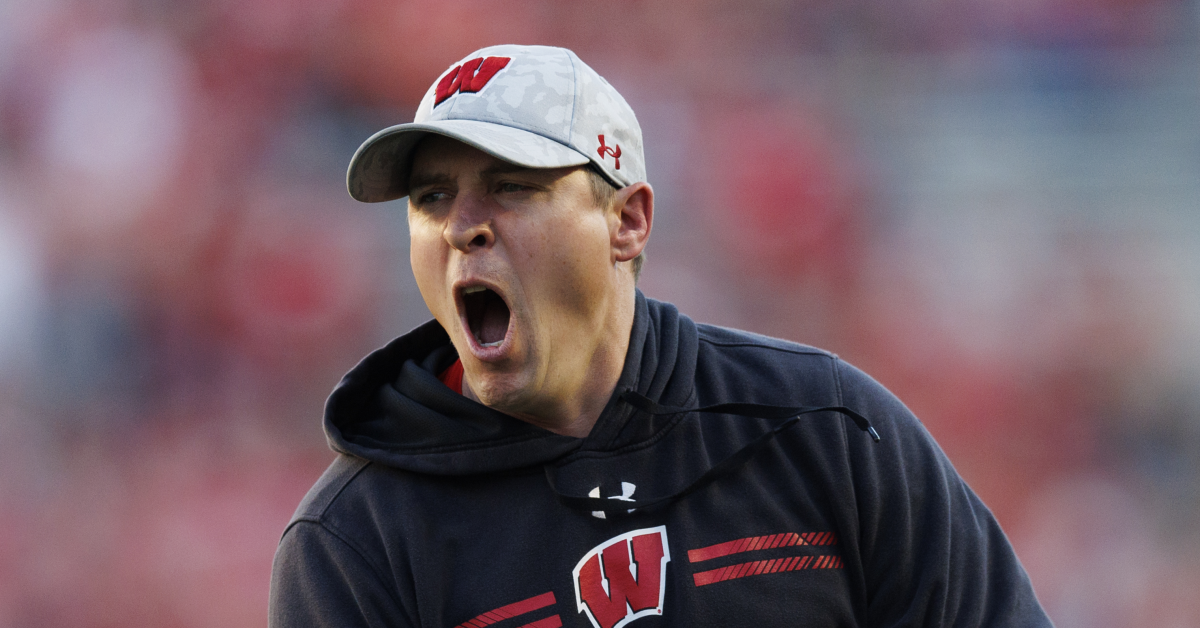 Jim Leonhard is seeking the permanent position of head coach at Wisconsin after taking over from sacked Paul Chryst in Week 5. Part of the job description as interim head coach is to keep his team in order, which could include rumors of team tampering for the Wisconsin star. running back Braelon Allen.

After the 24-10 road loss to Iowa, Leonhard was asked about potential tampering with his running back. Coach Leonhard strongly believes the rumors to be true and even adds that he has to recruit his own players to stay with the transfer portal, making it an easy tool for other programs to recruit the elite already on a listing.

Here’s what Jim Leonhard had to say about the Braelon Allen rumors.

Allen was also asked about the tampering rumors and stop any speculation of teams targeting him. He also mentioned his desire to stay at Wisconsin, but mostly expressed his desire for Leonhard to become the full-time head coach.

After the loss to Iowa, Leonhard is now 3-2 overall with wins at Northwestern, at home against Purdue and at home against Maryland. We’ll see if that plus the rest of the season is enough for Leonhard to land the job with the Badgers.