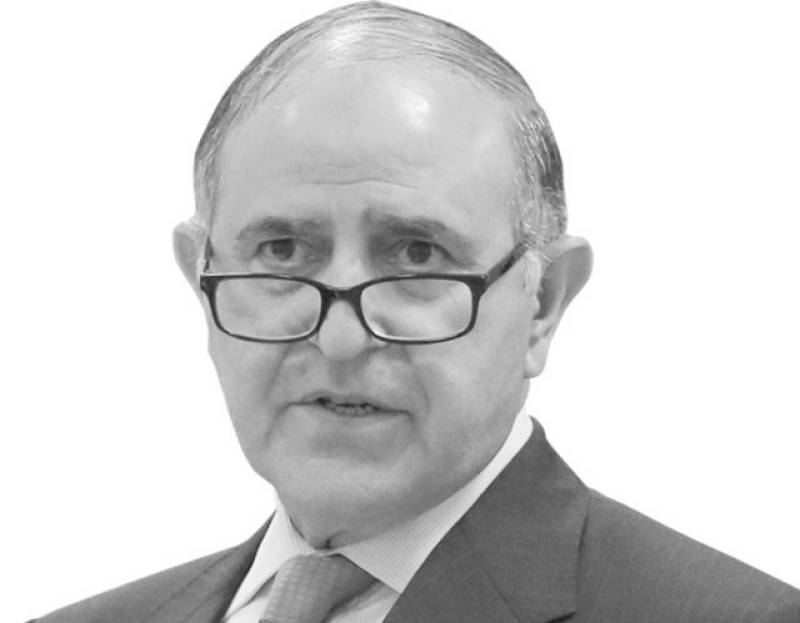 75 years have passed since British imperialists decolonized the subcontinent, leaving the region divided and Kashmir invaded and occupied by its neighbor India. As a result, Kashmiris have been gripped by an endless cycle of state-sponsored violence and terror.

On October 28, 1947, in the last days of British rule, India invaded and occupied Kashmir with the blessing of British Viceroy Mountbatten. There was a deep web of conspiracies orchestrated behind the scenes by an aggressive team under Pandit Nehru. Indian forces had already smuggled deep into Kashmir even as Jammu and Kashmir was still under the rule of Maharaja Hari Singh who was facing his own popular uprising, including an armed rebellion in Jammu province. The Maharaja was weighing his options. He had imprisoned the popular leader of Kashmir, Shaikh Abdullah, and committed a civilian massacre of Muslims in Poonch. This bloody massacre fueled outrage against the Dogra regime. The Muslims of Jammu shared kinship with neighboring Muslim tribes on the northwestern border, who naturally could not sit idly by and watch their brethren being ruthlessly slaughtered next door in Jammu and Kashmir.

Pakistan had a moral duty to intervene, but it was too little, too late. In Poonch and Jammu, a genocide, a quarter of a million Muslims were executed and more than half a million were forced to cross the border into Pakistan. To date, they have not been allowed to return to their country of origin. As resistance mounted, India took the matter to the UN Security Council for intervention. The UN Security Council intervened and brokered a ceasefire between the warring parties and passed more than a dozen resolutions, including the following resolutions to ensure a permanent solution to the conflict in the following years : UN Resolution 39 of January 20, 1948, to secure a ceasefire and Resolution Number 47 of April 21, 1948, to implement a fair and impartial plebiscite between India and Pakistan.

Resolution No. 91 of 1950 states very clearly that any action which the so-called Constituent Assembly of Jammu and Kashmir might attempt to take to determine the future shape and affiliation of Kashmir would not constitute a disposition of the State according to the principles of a free society and impartial plebiscite organized by the United Nations. Sadly, the UNSC’s monumental failure to force India to hold a plebiscite in Kashmir has led to three wars between India and Pakistan and enormous human suffering over the past 75 years. The future of the region remains in jeopardy with three nuclear powers – India, Pakistan and China – facing each other. The issue remains unresolved and it is a monumental failure of the UN Security Council to be unable to force India to let the Kashmiris exercise their right to self-determination.

Rigged and rigged elections in Kashmir failed. Governing through local puppets and corrupt collaborators has been attempted by many Indian regimes without success. The UN and influential Western and Muslim nations have betrayed the Kashmiris. Disillusioned and exasperated Kashmiris, especially successive generations of young Kashmiris, will try every possible strategy and tactic to repel Indian strategies and tactics of oppressive colonization and Indian state terror. The terrorist tactics and mass imprisonments of the Modi regime will fail, just like those of his predecessors. The trigger for the violence has always been the sight and sound of Indian soldiers terrorizing and humiliating Kashmiri civilians.

The 1990 rebellion was crushed by overwhelming and ruthless forces of over 800,000 military and paramilitary personnel. The most militarized region under one of the world’s most brutal regimes has not seen a day of peace since 1990. Modi’s regime is by far the worst. Not since the time under the infamous Jagmohan, the Butcher of Kashmir in 1990, has Kashmir seen the level of state oppression and terror. On the night of August 4-5, 2019, a deadly, calm and eerie silence descended on Kashmir. Whispers of silence spread across Kashmir. They sounded like the doomsday trumpet resonating with the diaspora tens of thousands of miles away in the United States when a gleeful Indian government announced a total lockdown and blackout across the entire Kashmir Valley. No soul could leave their home, no business could open. Overnight, thousands more soldiers were transported. Thousands of them were believed to be paramilitaries and private RSS militias of well-trained Safran forces. All electronic civil communication lines have been cut in the neighborhoods and beyond. The only beings that moved were the inhuman military and police beasts. At its peak, as many as 13,000 children were reportedly held in detention centers. Most families did not know where their children were being held. The horror and terror in the neighborhoods was such that no one knew who would be next. Many of those taken away were never to return, like in the 1990s.

Schools and colleges were closed for almost eight months, long before Indians themselves were forced to close theirs by the pandemic. Altogether, Kashmiris suffered from isolation, lockdown and blackout nearly a year before the Covid-19 pandemic. All this was done under the RSS/BJP regime of Narendra Modi to implement a new plan in Kashmir. He had already dissolved the Kashmir Assembly and Kashmir Government on November 18, 2018, as a prelude to what was to come, which people knew was coming.

India has repealed Sections 370 and 35-A. These articles were jointly negotiated between the Indian and Kashmiri governments on October 17, 1949. Article 370 of the Indian constitution granted Kashmir internal autonomy and permission to draft its constitution. Under Section 35A, only Kashmiri citizens had domiciliary rights: to vote and be elected in elections, the right to own real estate and hold public sector jobs. No foreigners, including Indian citizens, would have these rights in Jammu and Kashmir.

Under previous regimes, the Indian parliament gradually undermined and eroded these constitutional guarantees. But it was Prime Minister Modi’s fascist government that dealt the deathblow to Kashmir with its proud historic Kashmiri identity on August 5, 2019, by repealing Articles 370 and 35-A. Most Kashmiris never believed a word from an Indian leader, not even Mahatma Gandhi, let alone Narendra Modi, but it took a fascist Hindu regime to prove the skeptical Kashmiris right.

A possible solution to the Kashmir crisis:

United Nations Security Council resolutions provide the only solid basis for resolving the conflict in Kashmir. It recognizes the fundamental right of all nations to determine their right to self-determination under international law. The modalities and details of the implementation can be determined by the representatives of the three disputing parties – India, Pakistan and the legitimate political representatives of the former state of Jammu and Kashmir. The dialogue can be mediated by a mutually acceptable credible third party mediator, such as the UN or a neutral third party.

Pending such an approach, the conflict may continue indefinitely, leaving the possibility of a nuclear disaster, including involuntary. To de-escalate the conflict, India must withdraw its occupying forces from neighborhoods and release from its vast network of prisons all political prisoners, human rights defenders, journalists and social media activists. India must repeal the illegal ordinances which repealed Sections 370 and 35-A passed on August 5, 2019. It must abolish all laws passed or implemented in pursuit of a colonialist project and a state of apartheid in Jammu, Kashmir and Ladakh.

The article is derived from excerpts from a speech given by Dr. Mir during a panel discussion at the 59th Annual Convention of the Islamic Society of North America, held in Chicago.