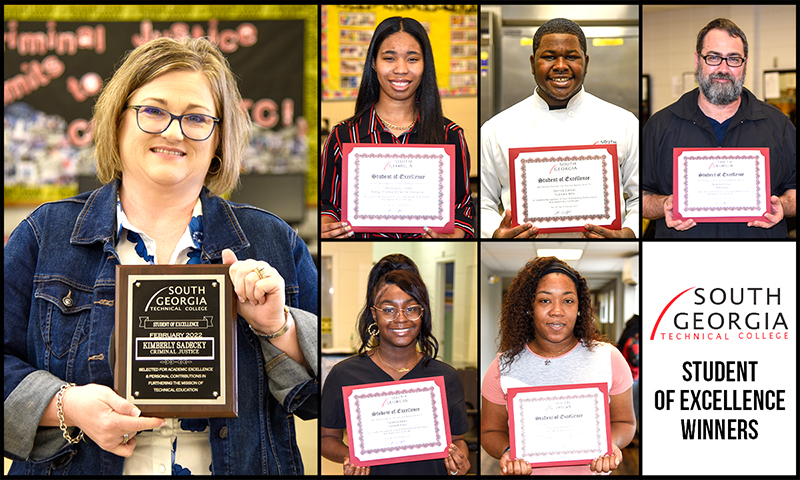 AMERICUS — Montezuma’s Kimberly Sadecky was recently honored as a student of excellence for February at South Georgia Technical College’s Americus campus. Sadecky is studying criminal justice and was nominated by her instructor, Teresa McCook.

“I named Kimberly because of everything she brings to South Georgia Tech,” McCook said. “She has a great work ethic and she maintained a 4.00 GPA while enrolled here. She is also involved outside of the classroom. She is a member of student government and the National Technical Honor Society.

Sadecky, who also recently won first place in the job interview test at the Georgia SkillsUSA competition, said, “I’m thrilled to be the overall winner of the Student of Excellence. I hope every student will have a wonderful experience at South Georgia Tech like I had.

Each month, students from certain divisions selected for that month are nominated for the Student Excellence Award by their instructors. The student of excellence is selected based on a number of criteria, including grades, work ethic, membership in clubs and organizations, and number of program completions.

As the winner, Sadecky received a plaque of recognition, a personal letter of recommendation from SGTC President Dr. John Watford, and a $50 check for her achievements. Additionally, his name will be displayed on SGTC’s digital marquee as well as inscribed on a plaque at Hicks Hall among the past Student Excellence recipients. Each nominee received a certificate of nomination and an exclusive Student of Excellence t-shirt.