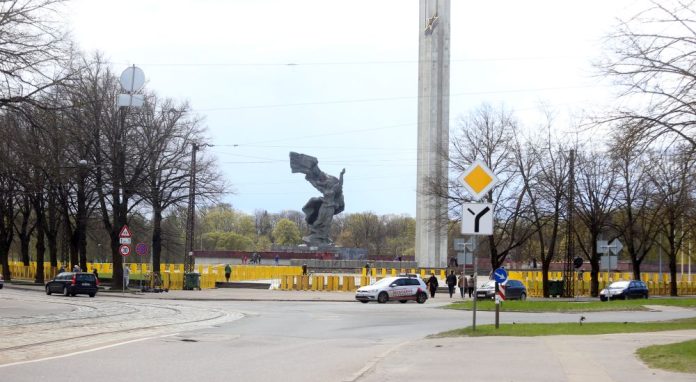 “In a short time Latvian society has made it clear that there is no place for aggression and provocations in Latvia! Nearly 90,000 euros have been donated for the demolition of the ‘Occupation Monument’,” BNN told the Ziedot.lv platform.

“The events of recent days observed in Riga, Victory Square, have clearly demonstrated that Latvian society will not allow aggression, provocations and incitement to hatred. The Latvian nation cares about having a free and democratic country. That is why the “Occupation Monument” has no place in Latvia. It is a symbol of occupation that unites supporters of war and violence. Their occupation-promoting slogans and symbols taint our nation’s history, pride and values!” notes the charity.

Nearly 6,000 Latvian residents made their point of view by donating money in favor of the demolition of the “Occupation Monument”.

BNN previously reported that a campaign to donate money had started on the charity platform Ziedot.lv in support of the demolition of the Victory Park monument.

The portal points out that for decades the Latvian nation has been suppressed. At a time when some are attacking the right of peoples to self-determination, values ​​play the greatest role. What the ancestors experienced in the harsh period of occupation and the assured independence of our parents is not forgotten, it is honored and respected, details the description.

“The Latvian nation values ​​having a free and democratic country. That is why the “Occupation Monument” has no place in Latvia. Its symbol is occupation, people who glorify war and violence gather here. Their slogans and symbols that glorify the occupation taint our country’s history, pride and values,” the description continues.

The inhabitants are invited to donate money to demolish the “Monument of the Occupation”. The organizers promise that all the money will be used to remove the rubble.

Following Russia’s invasion of Ukraine, the subject of the monument in Victory Park in Riga became a hot topic in Latvia.