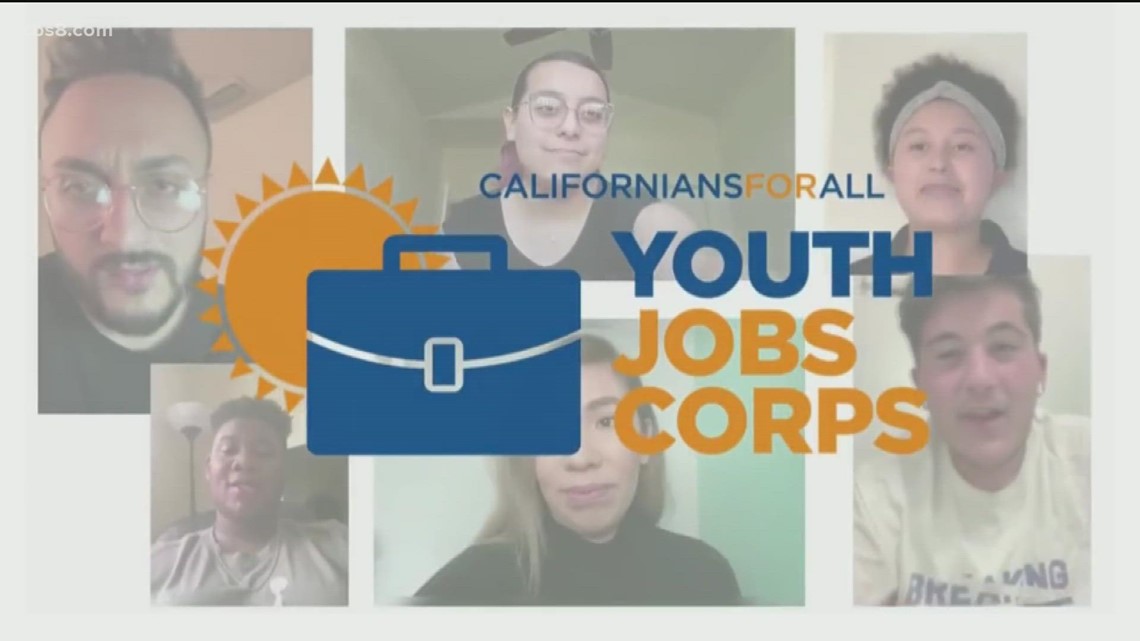 The jobs will target people between the ages of 16 and 30 who are struggling to progress.

SAN DIEGO – The City of San Diego is receiving more than $19 million from the state to hire about 1,000 people. The jobs will target people between the ages of 16 and 30 who are struggling to progress. Among those mentioned are youth in foster care, recently released teenagers and former gang members. The goal is to give them the skills they need to have a long and successful career.

It’s called the Californians for all Youth Jobs Corps Program. Not only will participants earn a paycheck, at least $15 an hour, but they will also be giving back to their communities. As a promotional video for the new program states, “cities will soon begin recruiting young people from diverse backgrounds to help solve some of our biggest challenges – including climate action, COVID-19 recovery and the support for our food banks”.

“I am the beneficiary of a program like this,” Mayor Todd Gloria said, adding that he was thrilled the city of San Diego was among those in the first round of funding.

At age 14, he was placed in a position within San Diego County.

“And that really started me on the road to public service,” Gloria said.

The mayor said the city will reach out to community groups to make sure people in underserved areas know about the program. He hopes the city can begin the hiring process in March.

“Right now our human resources department is pinging all of our departments to say who has the ability, the interest, to take on these young people and then help mentor them,” Mayor Gloria said. “It’s not just a salary. You’re really going to have to sit down with these people and help them see what you’re doing and impact your knowledge for them.

The mayor mentioned streetlights as an example. Participants could work with city electricians to help fix them and learn skills they could use to land a full-time job. The mayor hopes this work will be with the city.

“These young people will be part of a city family that is genuinely interested in making sure we meet the needs of the nation’s eighth largest city,” Gloria said. “It’s quite exhilarating and I think we can get a lot of really good officials because of that money.

Overall, this is a $185 million statewide program. And while big cities will get their money first, small towns in our county can participate in the second round of funding. It should be available in a few months.

The Implications of Partnering with Big Tech – AdExchanger