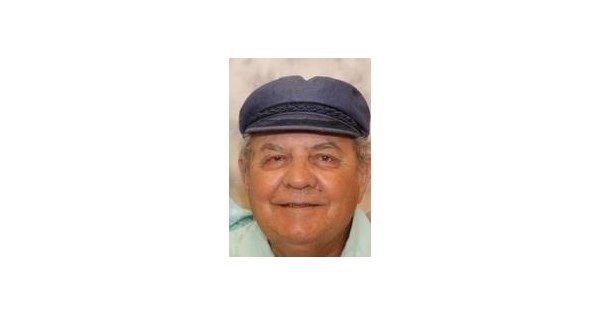 James A. “Jimmy” Desporte
February 28, 1942 – August 16, 2021
D’Iberville, Mississippi – Mostly known as Jimmy, James A. Desporte, passed away in his hometown on August 16, 2021 at the age of 79. His battle with serious medical issues over the past two years has shown his courage and love of life as he faced challenges with relentless determination. Despite his pain, he always greeted his family and friends with a smile on his face.
Born to James A. Desporte and Eva Marie Langley Desporte on February 28, 1942, Jimmy was a longtime coastal resident growing up in Biloxi and what is now Iberville. He was a proud 1959 Biloxi upper class graduate and enjoyed planning and attending meetings with his classmates. After high school, Jimmy dabbled in college and the military, but soon realized he was destined for the business world. What started as a one man show, Jimmy opened Biloxi Paper Company in 1968, taking orders in the morning and loading trucks making deliveries in the afternoon. Due to his and his wife’s work ethic, Biloxi Paper has become a mainstay on the coast for hotel, janitorial and office supplies. The family business he started and which is now run by his family has been in existence for over 50 years. Even in retirement, part of his daily routine was to stop by Biloxi Paper in the morning to drink coffee and read the newspaper. While this is true, it was her way of keeping her thumb on her baby.
Everyone who knew him knew full well that he was a man who could not stand still. In his youth, he volunteered with several community service organizations, most notably as a founding member of the North Biloxi Jaycees as president. He was also the first president of the St. Martin Youth Organization and was a member of the Biloxi Business Club. There was no leisure for Jimmy. If he wasn’t working at the Biloxi Paper Company, volunteering in the community, or attending business meetings, in his youth he could be seen on his beloved shrimp boat Jimmy D or cut grass at Camp Good Times until his death.
His children laughed and said he was so tight he squealed. He creaked, but he was just as generous in supporting Heritage and St. Judes United Methodist Church and several other charities.
Knowing that death was imminent, he put his family and close friends at peace by declaring how ready he was to meet Jesus and reunite with Linda, his wife of 50 years. No doubt they are eating donuts together again.
James A. Desporte, Jimmy, Jim Bob, or whatever his loving name, was predeceased by his wife Linda; his parents, James and Eva; his brothers; David and Paul; and his beloved dog, Daisy.
He is survived by his four children; Terry Osborne (David), Dina Holland (Mark), Anthony Desporte (Carolyn) and Dale Desporte (Malette); his sister, Charlotte Young (Ray); 12 grandchildren; 14 great-grandchildren; many nieces and nephews; and countless friends.
Jimmy Desporte was a son, a father, a grandfather, a Christian and quite a human being.
The family would like to thank everyone for the outpouring of prayers and a special thank you to their special caregivers; Shika and Marie, from Care 4 All. They treated him with dignity, respect and like family.
In lieu of flowers, please consider monetary donations to the Heritage United Methodist Church of which he was a life member.
The funeral will be on Friday August 20, 2021 at 12:00 p.m. at the Heritage United Methodist Church on Popps Ferry Road in Biloxi, MS. Friends can visit from 10:00 a.m. until service time. The entombment will follow at Southern Memorial Park on Highway 90.
Bradford-O’Keefe Funeral Home is honored to serve the Desporte family.
View and sign the tribute online at www.bokfh.com