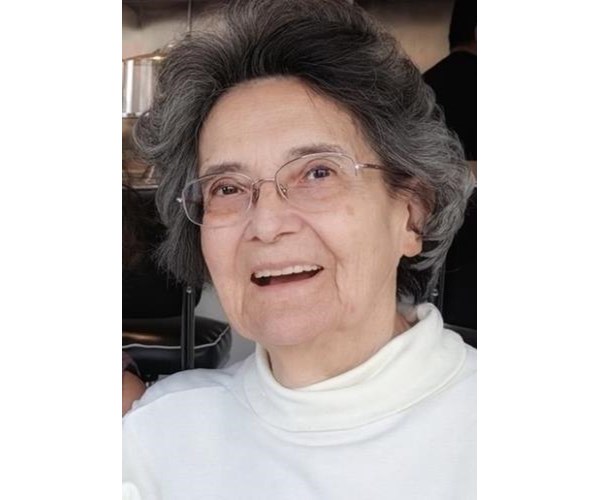 Lutgarde Francisca Fabiano from Longmont, CO, passed away on November 20, 2021. She was 84 years old. Lutgarde was born on October 2, 1937 in Antwerp, Belgium, to Theo and Alice De Beusscher. She spent her childhood in Belgium during the difficult times of the Nazi occupation. Her father was mayor of Borgerhout, Belgium, and her mother helped to help refugees flee the occupation. Theo died when Lutgarde was four and Alice was in poor health, leaving Lutgarde and his older sister Mary to live with relatives outside of Antwerp. Lutgarde worked at the 1958 World’s Fair in Brussels before joining Mary, who had immigrated to the United States, in Henderson, KY. Lutgarde moved to Washington, DC and began working with the Sisters of Notre Dame, translating from French to English. While in Washington, she met Eugene Fabiano, a US Army WWII veteran from Lilly, Pa., Who was working in DC for the Coast and Geodetic Survey. He took her for coffee, knowing precisely the path to her heart. They were married on September 5, 1961 at St. Stephen’s Catholic Church in DC, lived briefly in Hyattsville, Maryland, and eventually settled in Adelphi, Maryland. Two of their children, Michael and Theodore, were born in Washington; his daughter Catherine was born in Boulder, CO, where the family had moved after Eugene transferred as a geophysicist at the Home Office. After a move to Longmont, Lutgarde became an active member of St. John the Baptist Catholic Church. She was a long-time member of the Altar and Rosary Society. In addition to the time spent raising her children, she has dedicated time to church charities. She collected food and clothing for parishioners in need, a local shelter for women and victims of tragedies in Haiti. She wrote letters in the four languages â€‹â€‹she spoke fluently on behalf of the refugees seeking help from Amnesty International. Lutgarde is predeceased by her 52-year-old husband, EugÃ¨ne; his sister Marie; his brother-in-law Joseph; and his daughter-in-law, Anjanette, wife of Michael. Lutgarde is survived by his children, Michael of Carlsbad, CA; Theodore of Fort Collins, CO; Catherine, from Arvada, CO; his grandchildren, Graciela and Fiona, daughters of Michael; Dominique and Vincent, sons of ThÃ©odore; and Colin and Carter, sons of Catherine. She will be missed for her generous spirit, her gratitude for every moment and her ability to make everyone around her feel special. A visitation will be held on Monday, November 29, 2021 from 5:00 p.m. to 7:00 p.m. at the Ahlberg Funeral Chapel in Longmont, CO, with a rosary at 5:30 p.m. A Christian funeral mass will be held on Tuesday, November 30, 2021 at 10:30 am at St. John the Baptist Catholic Church in Longmont. Lutgarde will be buried during a burial service on Wednesday December 1, 2021 at 10:30 am at the Foothills Gardens of Memory in Longmont. Condolences and memories can be shared at www.ahlberg Funeralchapel.com.