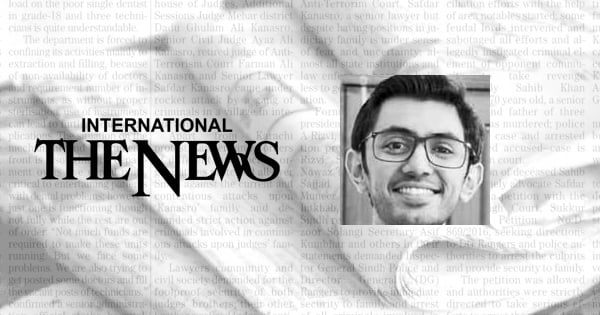 While the world is still reeling from the Taliban takeover of Kabul, a peculiar narrative permeates the discourse around the takeover and the earlier US occupation of Afghanistan.

This narrative has at its heart a concern – indeed, a very valid concern – about the plight of Afghan women and children under the emerging Taliban political regime in Afghanistan. The challenges that Afghan women and children will face under the Taliban remain unchallenged. However, the flaw in this narrative is that it remains steeped in Eastern prejudices and does not scrutinize the plight of the Afghan people, including women, under American occupation.

A specious concern for the “liberation” of Afghan women and children was the basis of the first US invasion of Afghanistan in 2001. In fact, as the United States launched its invasion, the US First Lady of the At the time, Laura Bush publicly asserted that the “war on terror” went hand in hand with the “struggle for the rights and dignity of women” in Afghanistan. These sentiments, unfortunately, are based on centuries of what Edward Said called â€œOrientalismâ€.

In his book “Orientalism” – perhaps the most influential work of the twentieth century – Said argued that the West viewed the East or “the East” through a highly racial, hypersexualized and short-sighted lens. This view has shaped Western views on such notions as the hypersexuality and barbarism of Eastern men – a narrative that resonates strongly with the demonization of black men in the West – and with the helpless and unexplored beauty of the ‘East that needs to be saved from the chivalrous white man.

This is exactly the line of thinking we see emerging in conversations around Afghanistan and other places like Iraq. Indeed, the concern for Afghan women is based on this oriental and biased vision of the realities experienced by the peoples of the East. This concern itself becomes worrying when we consider how the method of women’s liberation – a military occupation, the attack on civilian and refugee camps, and the imposition of a capitalist economy – derail and threaten the existence of women. women and children in these occupation sites.

It is therefore essential that we remain aware of the contradictions inherent in the stories around us. Many scholars such as Robert Fisk, in fact, have recounted how wars of occupation and liberation narratives expose residents to dislocation and immense violence. The efforts of the United States and other Western entities to improve living conditions through development programs targeting women have also often eroded independence, disrupted innate social fabrics, and exposed people to the vagaries of unemployment and hardship. a tumultuous job market, highlighting once again just how bad this line of thinking can become.

We must not, however, allow this sentiment to exonerate the Taliban or downplay the challenges that lie ahead. History remains the best instructor and as the previous Taliban regime revealed, Afghanistan could evolve into a more atavistic social or political structure.

Eastern views, on the other hand, are not the exclusive domain of the wars in Afghanistan or Iraq. In fact, Orientalism was also at the epicenter of Western colonialism. This Orientalism not only instilled a deep savior complex within the Western colonizing forces, it also gave rise to a deep sense of superiority that Western colonizers had over their occupying forces. Consequently, the British colonizing forces in India had to “delay the independence of the country because the inhabitants were not yet prepared for democracy”. Thomas Macaulay’s notorious statement about a single shelf in an English library trumping all Eastern culture also stems from this Eastern and colonial mentality.

The West is not the only culprit in perpetuating Orientalism. Many inhabitants of the East itself promulgate and adhere to an Orientalist mindset, according to which they dissociate indigenous populations from the traits they associate with the West. It has become a common refrain not only in the discourse around Afghanistan, but also in the broader conversations surrounding post-colonial societies. Therefore, we subscribe to the same Eastern thought process when we assert that Pakistanis as a people are not ‘fit’ for democracy, and instead only an enlightened dictator can ‘get us in line’ .

This internalized Orientalism is still a phenomenon that has been widely studied. The great thinker Frantz Fanon argued how colonialism and its associated forms of knowledge and power force the natives to internalize a sense of inferiority and fear of the colonizer. For Fanon, a major pillar of decolonization remains to unlearn and get rid of this internalized Orientalism, and instead of reappropriating the spirit of the natives by affirming cultural, political and economic equality.

As the next few days unfold and the conversation turns to building politics in Afghanistan, let us remember the fallout from the invasion and remain mindful of the dangers of Orientalism and the stranglehold it holds over the Afghans and other decolonized nations. For it is only by reclaiming mind and thought that we can truly put aside the shackles of colonizers – both external and internal.

The writer is a civil servant and studied at Cornell University and Oxford University.

When trying to change jobs, be prepared for the long haul | Way of life