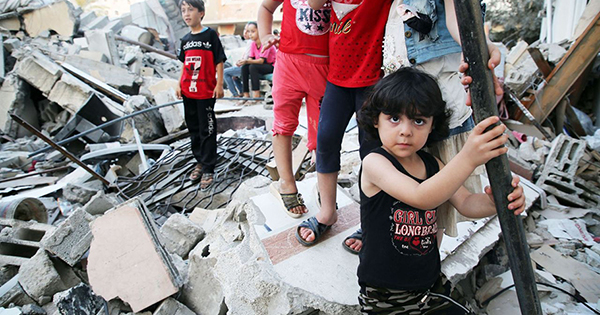 Onot On August 5, the Israeli army launched a series of strikes, dubbed Operation Breaking Dawn, against the (Palestinian) Islamic Jihad in the Gaza Strip; following Egyptian mediation, the operation ended on August 7, by which time around 50 civilians had been killed. Gaza is in a permanent state of siege, the Israeli government being able to unleash a rain of fire on its population at any time.

The 2008-09 Gaza war had already killed more than 1,400 Palestinians and destroyed more than 1,000 homes. The 2012 war killed more than 180 people; the 2014 war killed 2,300 people and caused extensive destruction. Thirty-four and 230 people died in the 2019 and 2021 wars, respectively. Although the West Bank has not seen attacks of this magnitude, it is subject to almost daily raids by the army and special forces Israelis. Since the end of March, around 60 people have been killed there, including Al Jazeera journalist Shireen Abu Akleh, who was covering a military operation in Jenin.

Another persistent problem for Palestinians is Israeli settlers. The West Bank has nearly 280 settlements (illegal under international law) with nearly 450,000 inhabitants (compared to 82,000 in 1990). This means roadblocks, constant presence of the Israeli army, segregation, collective punishment, denial of access to water resources, confiscation of land, destruction of crops and olive trees, even annexation of parts of the Jordan Valley. Palestinians cannot get permission to build a house in areas under Israeli control; if they build one anyway, it can be demolished.

The Palestinians are also under pressure from the Israelis who seek to establish new settlements, in defiance of the law (settlements must be authorized by the Israeli government). On July 20, a thousand settlers attempted to establish ten new so-called advanced positions. Such “wild settlements” are likely to continue, as many settlers have financial backing from wealthy American individuals, and Israeli security forces turn a blind eye…

Norton: You are that person.