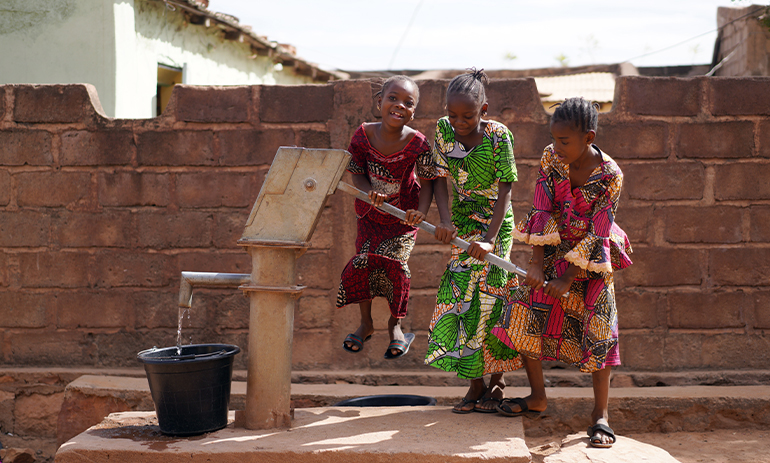 Photography, representation and informed consent in the aid sector

It’s crucial to consider the messages you intend to convey when using photos in development, writes Hannah McNicol, who shares some basic principles on the ethics of using and capturing photos. images.

When you think of international development, charities working overseas, or â€œaidâ€, what images come to mind? Is it the images of children suffering from malnutrition, with swollen bellies, which were widely distributed in the 1980s by charities in search of donations? Are these women from low-income countries holding their children and smiling? Maybe it’s a white â€œvolunteerâ€ with several laughing children on his back?

This type of imagery has been used effectively and repeatedly in the development / charity sector to tell the stories of partners and participants and has helped raise awareness of the issues faced by individuals in low income countries. They have also been used to stir up emotion in donors and increase much needed donations. Indeed, charities around the world have provided and continue to provide essential services to vulnerable members of society on a daily basis and their work must not be compromised. Likewise, the inherent desire of individuals to help others or engage in issues of inequality should not be wasted.

However, some of the images that have historically represented “aid” or international development are underpinned by high stakes. How images are captured and how images are used becomes especially important when external parties operate overseas and potential power imbalances between those parties are at play.

Sadly, many images used by international charities echo global histories of colonialism. These images often operate along racial lines: when white people are shown, they are usually the person helping or â€œsavingâ€. When people are shown black, native or colored (BIPOC) that they are often the party receiving help. Sometimes referred to as â€œpoverty pornography,â€ the images risk propagating stereotypes that the charity / development program participant is agency-free, relies on help from charities, and has strong ties to white saviorism. (when white people provide help to the BIPOC people in a selfish way). The images used may further propagate a one-dimensional version of the community or person depicted and may not show the complexity and diversity of local contexts.

Read more: Can Messages of Hope Pay off?

The way the genre is presented can also be problematic. Notes from Kalpana Wilson As charities focus too much on photos of women, this may inadvertently suggest that only women live in poverty or that women are reinvesting in their communities, which is referred to as the â€œfeminization of the poorâ€. Likewise, while examining Indonesian marketing campaigns of the 1990s Krishna Sen explained how images of professional middle-class women have disrupted saturated global images of Indonesian women working in fields or living in slums. Sen called for an important comparison between how women in low-income countries are represented intra-country compared to Inter-nationally.

There is also the concern of whether the subject of the image knows how and where the image is to be used. Does the person in the photo know their image is at a bus stop in Melbourne, Australia, for example? In some particularly concerning cases, tourists or volunteers may not even ask locals before taking their photos, even though in their own home country they would never photograph a stranger or child without permission. This raises the important question of informed consent.

Informed consent is: the authorization that a person grants to be photographed, knowing where, how and for what purpose the photographs / information will be used. Informed consent can be difficult to navigate in a development context because there is a power dynamic between participants and development staff. The participant may fear that saying “no” to being photographed will compromise their participation in the program.

These questions are not new and form part of a complex debate around the use of â€œethical imagesâ€ in the development or charity sector. Organizations around the world strive to ensure that they use images of their partners and program participants ethically by portraying them with respect and portraying diverse cultures accurately. Most organizations have an ethical image / photography policy that requires regular updating (e.g. MÃ©decins Sans FrontiÃ¨res Guidelines for MSF staff, WaterAid Ethical image policy, and the Australian government AusAid Ethical Photography Guidelines).

Australian NGOs working overseas are also subject to vital ACFID and DFAT regulatory and compliance requirements which ensure that â€œmaterial respects the dignity, values, history, religion and culture of those with which he works â€.

To keep their DFAT accreditation, organizations must:

The question, then, is what images can be used – especially when the reality is that charities do important work with communities living in poverty? As with any work in the development sector, there is a need to have a consistent reflection on the work you do and the potential impacts (both positive and negative) on the communities you work with, the need for localization, taking into account power imbalances and intentional engagement. What messages are you trying to convey through the images you use?

Basic Principles of Ethical Imagery in the Development Sector

Welcome to the new employment landscape