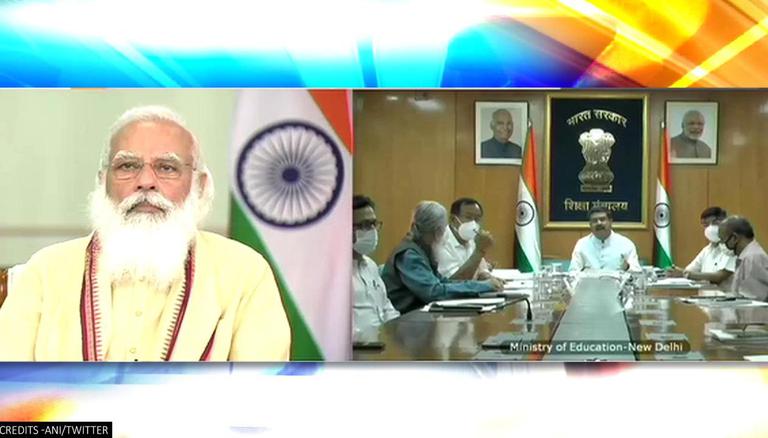 After a curious day ended with the revamped government swearing-in ceremonies, Prime Minister Narendra Modi’s ministers immediately set off. This was evident when the leader attended a meeting with an education panel and the biggest names in the education industry. Newly appointed Education Minister Dharmendra Pradhan and his team briefed the Prime Minister on his ministry’s roadmap.

An education panel briefed the prime minister on Thursday. The leader addressed heads of centrally funded institutions, such as IITs, IIMs, Indian Institute for Scientific Research and Education, National Institute of Technology, National Training Institute and research of technical teachers. The directors also put forward their thoughts and ideas.

Thanks to the Prime Minister’s address to directors, the message to take action immediately for new ministers has come to the fore. The discussion revolved around the work ethic and innovation led by the respective institutes, ranging from Bengaluru to Kanpur.

While the Minister of Education and Skills Development and Entrepreneurship, Dharmendra Pradhan, who was previously Minister of Oil and Housing, was the figurehead of the meeting, ministers of state like Anupurana Devi, Dr Subhas Sarkar and Dr Rajkumar Ranjan Singh were also part of the meeting.

While some of them addressed reporters, they also expressed their gratitude to the Prime Minister and expressed their intention to fulfill the responsibility entrusted to them.

The massive reshuffle of the team of ministers in the middle of the Prime Minister’s second term brought the total number of ministers to 77. While the names of Union ministers like Ravi Shankar Prasad, Prakash Javadekar and Dr Harsh Vardhan did not not part of the reshuffle has become a topic of discussion, the enthronement of new faces like Bharatiya Party MP Janata Jyotiraditya Scindia was discussed on social networks.