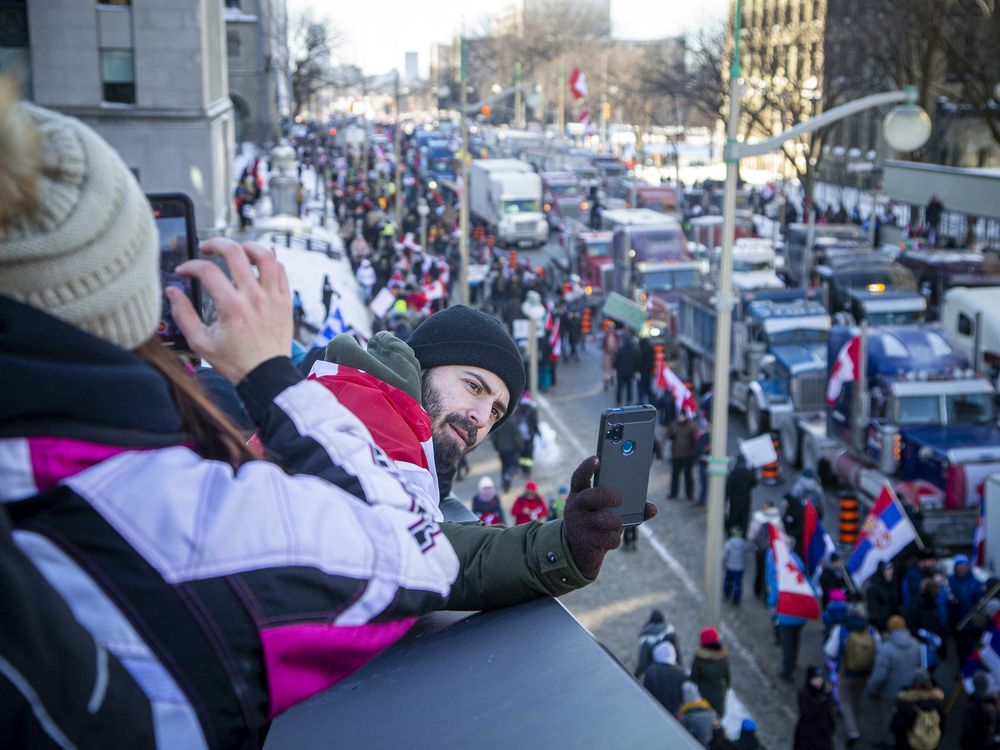 Ottawa residents expressed frustration with the city’s response to the “Freedom Convoy” in a public consultation session on Tuesday that revealed deep divisions over how the protests were viewed.

The disparity of shared experiences showed how polarizing the protests have become. Supporters called the protesters “the most peaceful Canadian citizens to ever gather downtown.” Meanwhile, residents haunted by the sound of car horns or the smell of diesel in their neighborhoods described them as “white nationalists” and said they felt terrorized.

The public consultations are part of a broader review of the City’s and Ottawa Police Service’s responses to the protests led by Nathalie Gougeon, Ottawa’s Auditor General.

Carley Spencer, a downtown resident, described being scared of being on the street outside her apartment and frustrated with police and city inaction against the convoy.

“The pandemic made it difficult to get out of the house, and the convoy made it seemingly impossible,” Spencer said. “The total lack of police intervention or any intervention from anyone was like something out of a horror movie where the people downtown were screaming and no one could hear us.”

Another speaker, Larry Tarof, called the protests a “month-long act of domestic terrorism,” called his supporters white nationalists and said residents must take matters into their own hands to hasten an end to the protest. amid police and city inaction.

Other speakers, most of whom said they lived downtown and had to deal with incessant car horns, fireworks and bonfires, echoed Spencer and Tarof’s sentiments. The city, several people said, should have approached the situation the same way it had for natural disasters before: conducting wellness checks on affected residents and setting up respite centers, for example.

But those accounts clashed starkly with those of convoy supporters, who portrayed the movement as peaceful, justified and cruelly removed from the streets by power-hungry politicians.

Cynthia Paquin, an Overbrook resident who said she traveled downtown every day of the protests, said she understood it was disruptive, “but that’s the nature of the protest.”

“The truckers and supporters I encountered had nothing to do with the far-right conspiracy theorists, the white supremacists that they are supposed to be,” Paquin said. “I met people who were hurt by the government’s response to COVID and who just wanted to be heard. That’s what I saw. They were from all over Canada, they were men and women, young and old.

Public consultations heard from active ‘Freedom Convoy’ supporters, including Rob Stocki, a former Ottawa Police Service officer and member of Police on Guard for Thee, an organization made up of police officers who disagreed with some of the pandemic restrictions and promoted the protests in February. Stocki played down the impacts of the protest and said as an officer he had witnessed worse crowds on Canada Day.

Zachary Boissinot, a gym owner and personal trainer who defied lockdown orders, said the protests had locked down the city “in a beautifully organized way”. He described a happy and peaceful environment that caused minimal inconvenience to residents or law enforcement.

“I made it a point to go and thank all the police officers I saw,” he said. “I stopped and spoke with many officers and asked them what their experience was. All – not most – all said the people were friendly and it was one of the easiest shifts they worked on.

At one point, the moderator of the public consultations had to step in and urge participants not to use derogatory language after a speaker implied that a previous speaker was a white nationalist.

The consultation heard from 12 people. Five said they were supporters of the protest, six said they were not, and one person appeared to take no position, explaining that he thought the protest was peaceful, but negatively affected his family.

Tuesday’s session was the first of two in which a total of 25 people are registered to talk about their experiences with the protests. A second will take place on Wednesday from 11 a.m.

Earlier this week, Gougeon said his review would cover different ground than the federal government’s Public Order Emergency Commission, which is examining the circumstances that led to the Emergencies Act being invoked.

Residents who did not register to speak at the public consultations, but who would like to provide feedback on their experience at the convoy protests can do so by sending written messages to [email protected] or by filling out an online survey on the website, www.oagottawa.ca.

Gougeon said more than 500 people filled out the survey on Tuesday.

Sign up to receive daily news from Ottawa Citizen, a division of Postmedia Network Inc.

Thank you for your registration!

A welcome email is on its way. If you don’t see it, please check your spam folder.

The next issue of Ottawa Citizen Headline News will soon be in your inbox.

We encountered a problem during your registration. Try Again

The new president of UMich, the presidential search committee discusses