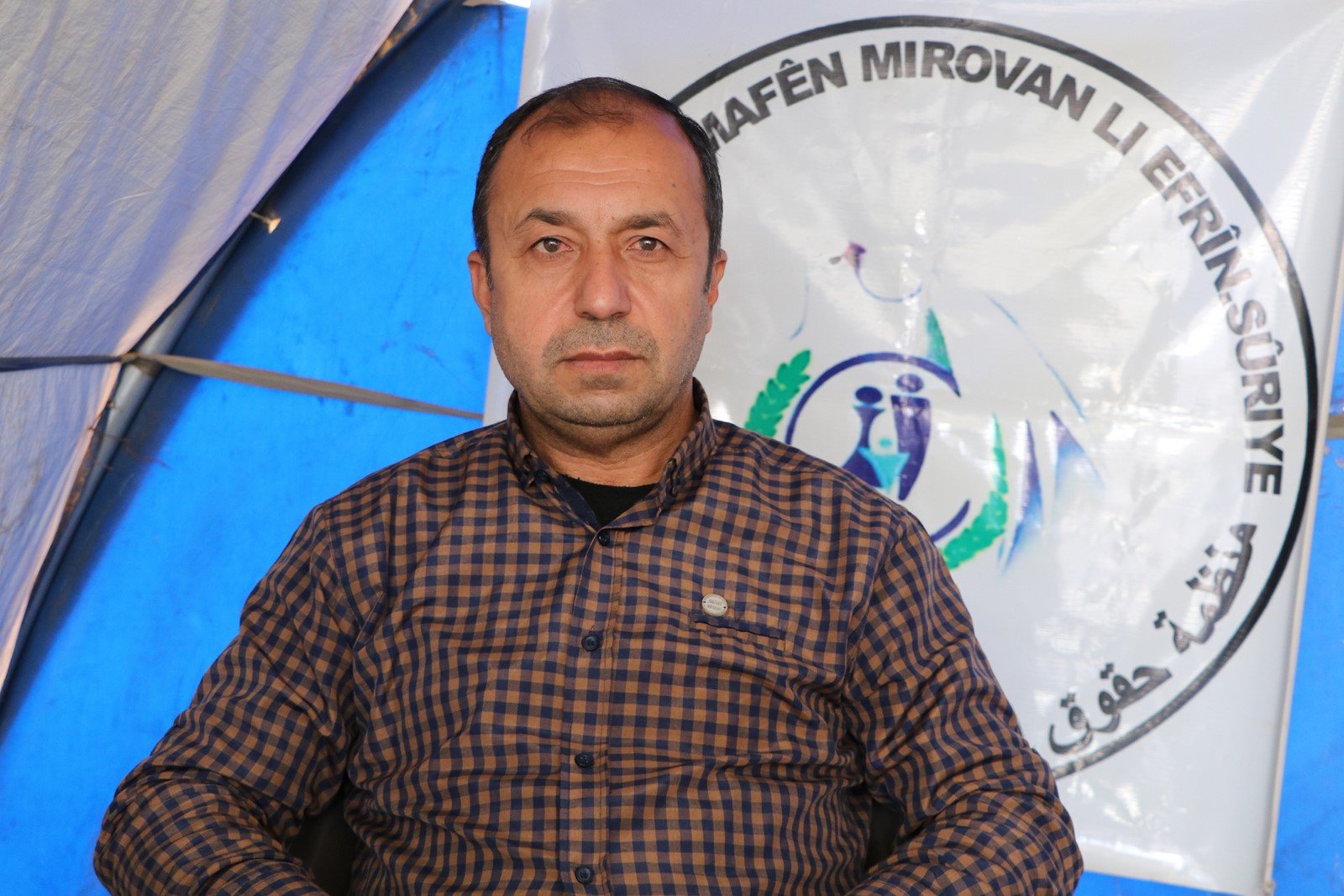 In a special statement to the ANHA agency, the spokesman of the Afrin – Syria Human Rights Organization, Ibrahim Sheikho, revealed the statistics of the crimes committed by the Turkish occupation and its mercenaries in the occupied canton. from Afrin.

Ibrahim Sheikho confirmed that the year 2022 began with the kidnapping of the Turkish occupier and its mercenaries, 25 citizens from villages and districts of the occupied Afrin canton, with the aim of blackmailing their families and demanding a ransom.

Regarding the cutting of trees, Cheikho said that Turkish occupation mercenaries unjustly felled about 900 perennial olive trees, with the aim of cutting them down and selling them in the markets, despite the presence of the owners of the orchards.

In his speech, Sheikho also said that the Turkish occupation and its mercenaries had destroyed and looted two archaeological sites in the villages of the occupied canton of Afrin.

Sheikho explained that crimes and violations continue against the people of Afrin, despite the claim of the Turkish occupation state that it is saving the lives of the people of occupied Afrin from mercenary groups, but its presence and what he is doing through the mercenary groups itself is a crime and he must be held accountable for those crimes.

Sheikho has drawn attention to the fact that the Turkish occupation exploits public opinion by creating committees fictitiously called “Restoration of Rights and Grievances” to cover up its crimes against civilians in villages in Afrin township.

Sheikho added that the mercenaries of the so-called (Sultan Suleiman Shah) Al-Amshat are committing crimes and violations on direct orders from Turkish intelligence services, so how can they hold them accountable for these crimes.

In his speech, Sheikho stressed that the Turkish state intends to continue the processes of demographic change in occupied Afrin and Turkify it at all levels, with the international community neglecting it.

Jan. 6 panel wrestles with how to get testimony from lawmakers, Pence