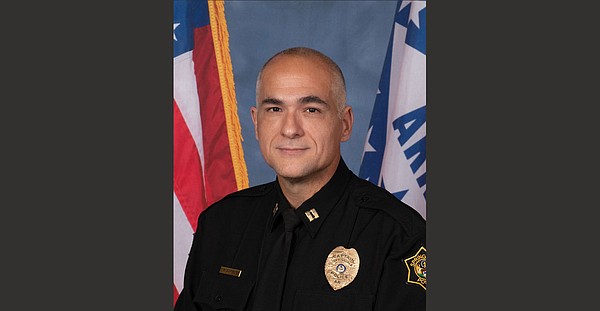 Gamble was named deputy chief last fall. He joined the department as a patroller in 1998.

“I went into law enforcement to help people,” Gamble said. “In the administrative role, I help officers by making sure they have the tools and equipment they need.”

Mayor Doug Sprouse said the commission did a great job weighing all the factors between the three candidates.

“I think they made a great choice,” Sprouse said. “Frank is consistent and stable, and that’s what we need to run the department right now.

Sprouse said Gamble will have a large group of senior leadership officers — including the other two chief candidates — who will help Gamble move the department forward.

The city’s job description for the chief of police lists requirements as a bachelor’s degree from a four-year college or university, 11 years of law enforcement experience, and at least seven years management experience.

Gamble will take office on February 1, following the retirement of current chief Mike Peters. Peters on December 15 announced his retirement after 30 years with the department.

The Public Service Commission hires and fires police chiefs, but seeks Sprouse’s input when hiring chiefs to determine the city’s needs and wants.