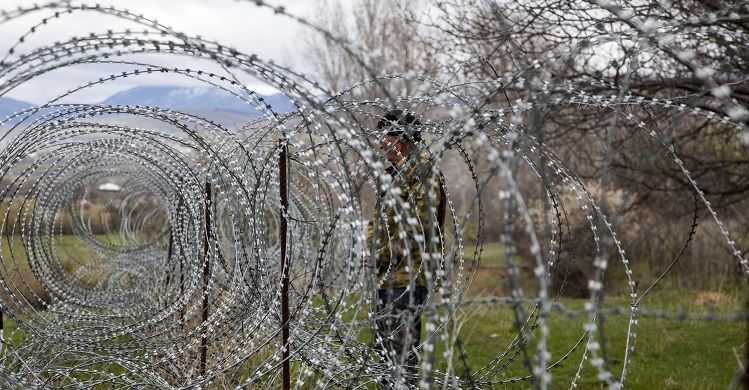 The forces occupying the Tskhinvali region (South Ossetia), in central Georgia, were observed in 130 cases of illegal “bordering” on the administrative border throughout 2021, while nine such incidents were reported along the border separating northwestern occupied Abkhazia from Georgian territory, the annual report of the Georgian State Security Service.

Illegal activities [of Russian occupation forces] manifested themselves in the laying of new lines of barbed wire, as well as in the updating of old sections and fences of barbed wire, in the arrangement of ditches and fire-fighting points, [as well as] Illegal installation of so-called banners and border checkpoints,” the report notes.

The Service also said that the tense situation near the village of Chorchana in central Georgia has persisted since August 2019 due to the “destructive actions of the occupying forces”.

Despite “repeated” demonstrations by the Georgian government of its willingness to resolve the situation in the village during the international talks in Geneva and the format of the Incident Prevention and Response Mechanism, the circumstances could not be resolved due to the “unconstructive attitude” of the occupying forces, the state agency added.

In the report, the SSS also explained that the de facto authorities in occupied Tskhinvali had kept crossing points on the administrative border closed since 2019, leading to a “complete isolation” of the region.