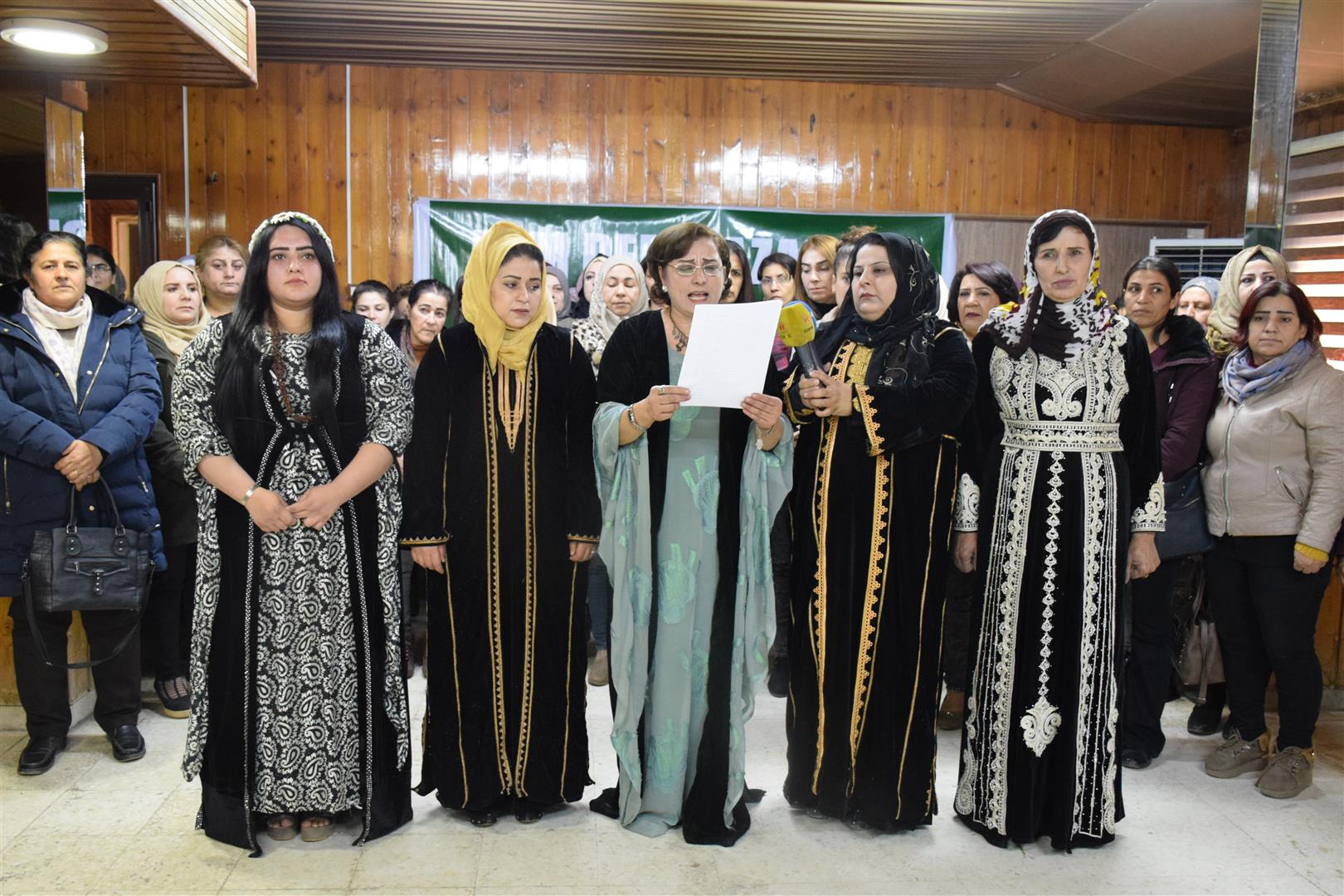 The statement by the Women’s Bureau of the Movement for Democratic Society came at the annual meeting for the year 2021, which was held on Tuesday in the city of Qamishlo.

The office statement said that with its attacks on the region, Turkey wants to complete its colonial project, abuse the helpless and steadfast peoples of the region, displace them and work on demographic change and the destruction of archaeological monuments to erase the identity of the region.

Adding: “Today he adds to his criminal record and to his cross-border terrorism a new crime, which is his barbaric bombardment on the unshakeable border of Kobani and Sarin, which has shown the most beautiful heroic epic in the face of terrorism of the Islamic State. “

The office statement clarified the reason for the targeting of the youth group by the Turkish occupation; Because they are at the heart of building the nation’s future, and because it is the most powerful, capable of building and defending its people.

He continued, “Yes, it is the criminal policy of the government of Erdogan and its mercenaries who have committed and still commit the most heinous crimes against humanity, including the destruction of villages, forced displacement, kidnappings, rapes and the deprivation of our people of their most basic rights to live in peace and security, they want to extinguish the light of freedom in northern and eastern Syria.

In its statement, the office called on the international community and international human rights organizations to deter this “barbaric arrogance and to investigate these crimes committed against our defenseless civilian population, and all crimes of the United Nations. Turkish occupation, and send them to international tribunals, all of them for war crimes against humanity.

In conclusion, he called: â€œWe ask our great people to step up their struggle and strengthen their unity in the face of the Turkish occupation state.

Harnessing the power of diversity at work