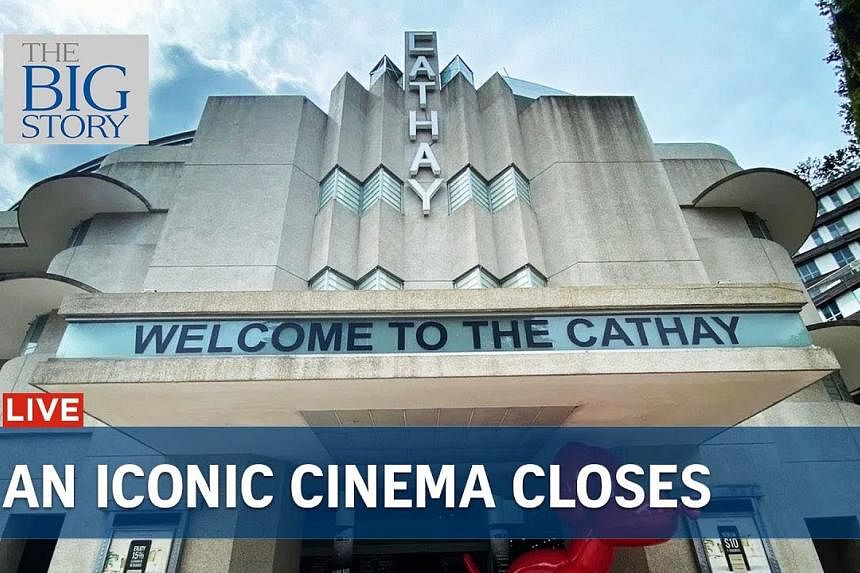 The Big Story: The Cathay, one of Singapore’s oldest cinemas, will close from June 26

The Cathay, one of Singapore’s oldest cinemas, will cease operations from June 26.

In a statement from media company mm2 Asia, which runs the Cathay Cineplexes chain in Singapore, the closure of the iconic Handy Road cinema near Dhoby Ghaut MRT station is “part of the process of streamlining the costs of its operations cinematographic”.

Film correspondent John Lui tells more about the significance of this shutdown.

Separately, buyers of Housing Board (HDB) replacement flats under the Selective Block Redevelopment (Sers) scheme will now only be able to sell their homes for five years from the date the keys are handed over.

The new criteria will start with the four blocks of the Ang Mo Kio Sers site.

Housing correspondent Michelle Ng discusses the changes, as well as what HDB aims to address by presenting them.

In other local news, job vacancies hit a new high as the labor market continues to tighten.

Separately, several roads near Marina Bay will be closed for hours on Saturday June 18 to facilitate a rehearsal for the upcoming National Day Parade at The Float @ Marina Bay.