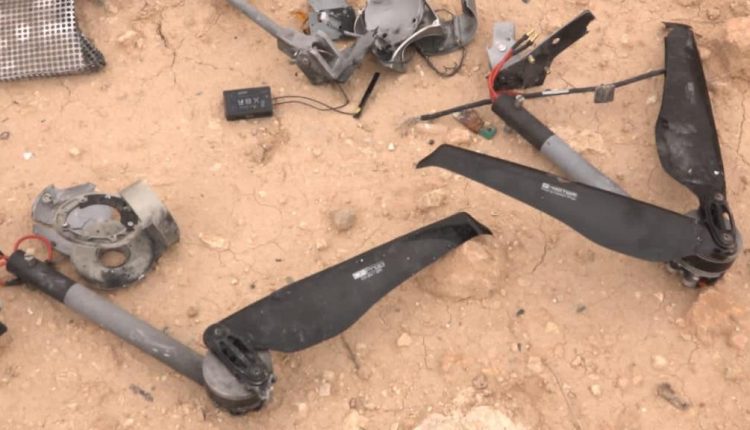 Today, the official website of the Syrian Democratic Forces reported that their forces shot down, at 11 a.m. on Sunday, a drone belonging to the Turkish occupation, east of Ain Issa.

The website quotes Syrian Democratic Forces fighter in the region, Ageed Girê Spî, as saying that Turkish occupation drones fly over the airspace daily, targeting citizens and their property.

Aged Girê Spî, continued his speech and said, due to their presence on the front line; They observe enemy movements, and how drones penetrate the airspace of the region, and how they target all populated areas with bombardment.

Aged Girê Spî pointed out that before dropping the drone, the Turkish occupation had violently bombarded the area with heavy artillery. He noted that after that, the movement of the drones began in the airspace of the area, “and thanks to the monitoring and tracking of their movement by our forces, our fellow fighters were able to hit and shoot it down. “.

“We are always ready to protect all our regions”

At the end of his speech, he said: “The Turkish occupation continues to target and bombard our areas, especially the city of Ain Issa and its countryside, and what happened today is the most great proof of what we say, and it was not surprising for us, because the Turkish occupation is fascist and always targets civilians and tries to instill fear and terror in them. not a normal thing. Aggression, killing and massacres have become their traits.

Aged Girê Spî stressed that the fighters of the Syrian Democratic Forces “are ready to protect our region and all the regions of northern and eastern Syria from all attacks that affect it”.

It should be noted that Turkish occupation drones have targeted villages and towns in northern and eastern Syria in the past on several occasions. Recently, the Turkish occupation, through its drones, has committed several massacres against citizens.