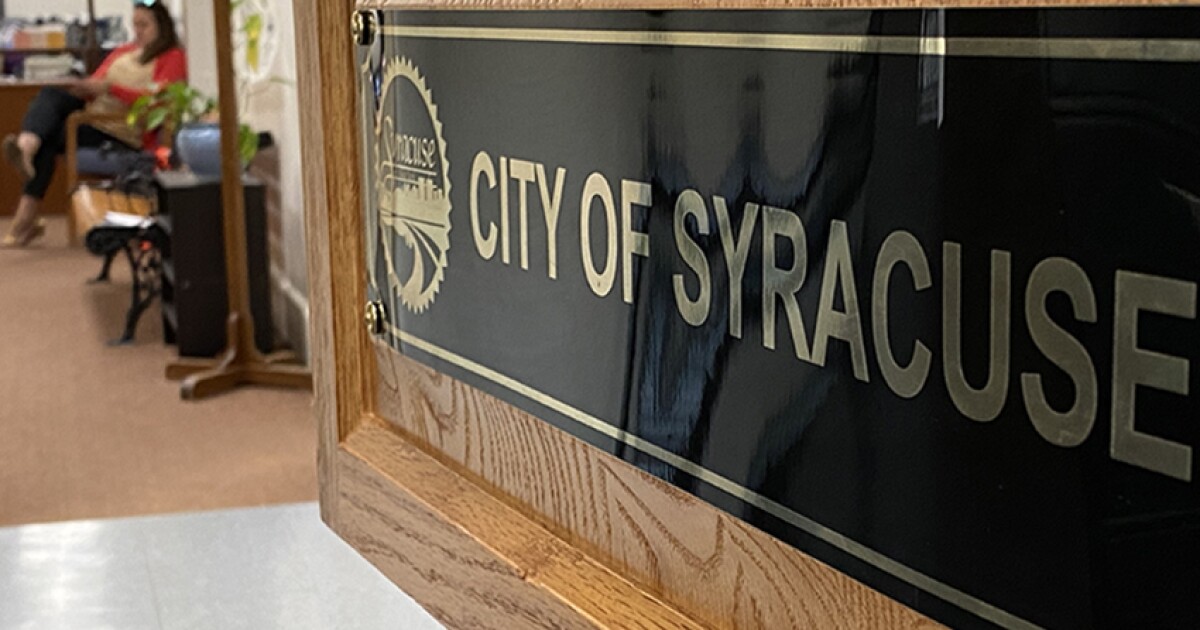 The official start of summer has finally arrived in Syracuse, but the city actually got a glimpse in mid-May. The 80-degree heat drew residents outside to the city’s parks and playgrounds, but on the same day staff tending those spaces hoped to lure people inside to their living room employment.

The Parks, Recreation and Youth Programs Department was looking to add summer staff for its busiest time of year, including about 150 lifeguards to fully staff its outdoor pools. But aquatics director Tyler Montressor said the agency fell short.

“We are struggling to reach that number,” Montressor said during the May 21 Department Hiring Event.

Parks has filled 22 positions as of the event, but is still looking for about 60 more lifeguards.

The challenge is not unexpected – the city competes for lifeguards every season – but this year’s severity has prompted the department to keep some of its pools closed and cancel swimming lessons, water courses and the swim team. The fight for jobs is hitting employers across the country, but local governments are feeling it the hardest.

Federal data shows that employment in the private sector is slightly lowered compared to pre-pandemic levels – less than one percent. Meanwhile, state government job is down nearly 2%, and local governments are doing even worse: employment is down about 4%. In some cases, the problem is that agencies struggle to provide the services that taxpayers expect.

Mike Maciag, of the nonprofit research organization Pew Charitable Trusts, said the public sector was also slow to recover jobs after the Great Recession of 2008. But back then, the main driver was funding.

“Revenues were suppressed for years, and governments — they just didn’t have the budgets to hire,” Maciag said.

This is not the main reason behind the problem in today’s post-pandemic worldhe said.

“It’s not that governments don’t want to hire staff or don’t have the budget to do so. It’s just that they face a lot of challenges in both recruiting and retaining employees,” the Pew research officer said.

A survey conducted by Mission Square Research Institute surveyed 1,100 state and local government officials earlier this year. Just over half of respondents said they were considering quitting their job primarily because of pay issues. Burnout ranked second.

The hiring problem isn’t just hitting the Syracuse Parks and Recreation department. Earlier this year, staff shortages caused delays in garbage collection through the city. Residents have become frustrated with the accumulation of waste in their homes.

Syracuse Director of Operations Corey Driscoll Dunham said the city was struggling to keep pace with truck maintenance because it lacked mechanics.

“When it starts to impact our ability to deliver services that people rely on and rely on, that’s really where it’s concerning and a general disappointment for us as well,” Driscoll Dunham said.

The recruiting challenge extends even beyond Syracuse. Five national government groups are appeal to Congress to help with workforce development, primarily around infrastructure job openings.

Pew’s Maciag said part of the problem is that public sector wage growth cannot keep up with that of private industry.

“We found that the differences in the year-on-year growth rates of hourly labor costs were in fact the largest in nearly four decades,” he said, noting that inflation compounded the problem.

Maciag said it’s been difficult for public bodies to respond as well as private companies because pay increases often require layers of approval from elected officials, but he said some jurisdictions are turning to the offer of bonuses.

“In Florida, for example, they offered incentives to recruit police officers in the state,” Maciag said.

Driscoll Dunham said the city of Syracuse recently raised wages in its union contracts to be more competitive. The Parks Department has also increased lifeguard pay by about a dollar, and the city is looking to new outlets, such as local colleges, for recruiting help.

“Syracuse University, Lemoyne, OCC – we haven’t necessarily always reached out to them and said, ‘Hey, we need lifeguards, we need recreation aids, we need people willing to work for us. over the summer, “but it’s a path we’ve taken this year partly because we’ve had such a hard time attracting talent,” she said.

Parks Department Commissioner Julie LaFave said the staffing struggle makes her worried about achieving the department’s mission. The agency has already scaled back its aquatic programs and is still looking for a few more recreational helpers to lead activities for the kids over the summer holidays.

“Syracuse is struggling – highest child poverty rate; we have a crime. We need to be out there serving people the best we can,” LaFave said. “We are an escape in many ways and we want to continue to provide a safe space for them.”

The department doesn’t expect the hiring issue to thwart any of its summer programming plans for youth, but a parks spokeswoman said that may change.

This is the first of a two-part series from WAER’s City Limits: A Working Dilemma podcast.