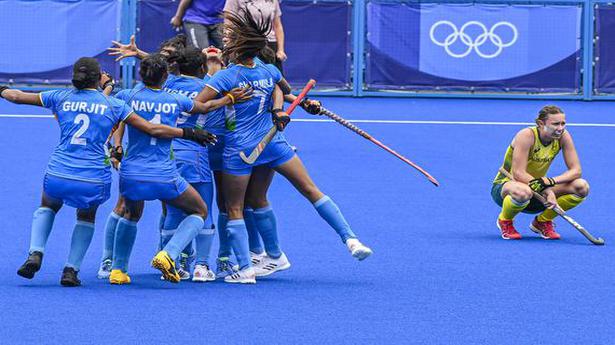 The men’s and women’s semi-final appearances are the result of concerted efforts on all sides and can help the nation regain its status as a superpower in the sport.

The Indian men’s and women’s hockey teams reaching the last four at the Tokyo Olympics not only wrote a piece of history, but also marked the long-awaited revival of the sport in the country.

While the men broke the spell to reach the Olympic medal round after 41 years, the women making their first semifinal appearance at the Olympics cannot be called a fluke. This reflects their status in world hockey.

Several factors helped bring hockey out of a hopeless state just over a decade ago, when it failed to qualify for the Olympics (Beijing 2008) for the first time in 88 years.

When it comes to the men’s team, working with high quality international coaches – including Terry Walsh, Roelant Oltmans and now Graham Reid – in recent years has brought about a change in the team’s culture and work ethic.

The women also worked with Australian Neil Hawgood for a few years, but the turnaround came from Dutch worker Sjoerd Marijne and Janneke Schopman, a world and Olympic champion who serves as an analytical coach and helps girls train mentally. They played important roles.

Coach Harendra Singh, who guided the Indian men’s team to winning the 2016 Junior World Cup and helped the elite women’s team win the 2017 Asian Cup and qualify for the 2018 World Cup, also played its part.

In addition to having top-notch coaches, the teams benefited from the best facilities, including scientific support and the services of psychologists, nutritionists, physiotherapists, coaches and video analysts.

The exposure against elite international teams polished the players.

Improving fitness level was another aspect that allowed them to keep pace with energetic European teams in high intensity matches.

Selecting players on the basis of form and fitness rather than reputation has done Indian teams a great deal of good, ensuring they have the right balance of youth and experience.

The players now behave as a unit without any selfish approach, which has hindered the progress of Indian hockey teams in the past.

A good supply chain of players is an added advantage.

The increase in mental toughness, the result of several activities carried out by the teams, has hardened the players and they are now able to withstand the pressure in the final minutes of a match.

Thanks to these efforts, the men’s team began to win medals in high-profile events such as the Champions Trophy and the World League.

Hockey was also fortunate to gain strong support from the Odisha government, which set a unique example by sponsoring national teams. In addition to caring for the sport and the players, the state has also ensured them adequate exposure by hosting top international events including the World Cup, World League, Champions Trophy and Olympic qualifiers.

After successfully hosting the 2018 Men’s World Cup in Bhubaneswar, the government of Odisha took responsibility for hosting its 2023 edition, for the first time in two cities – Bhubaneswar and Rourkela. For this, he approved an estimated expenditure of Rs 356.38 crore for the infrastructure development of the Kalinga stadium in Bhubaneswar and the construction of the Birsa Munda international hockey stadium in Rourkela.

The concerted effort will go a long way in restoring the lost pride in hockey and help the country reappear as a superpower in the sport.