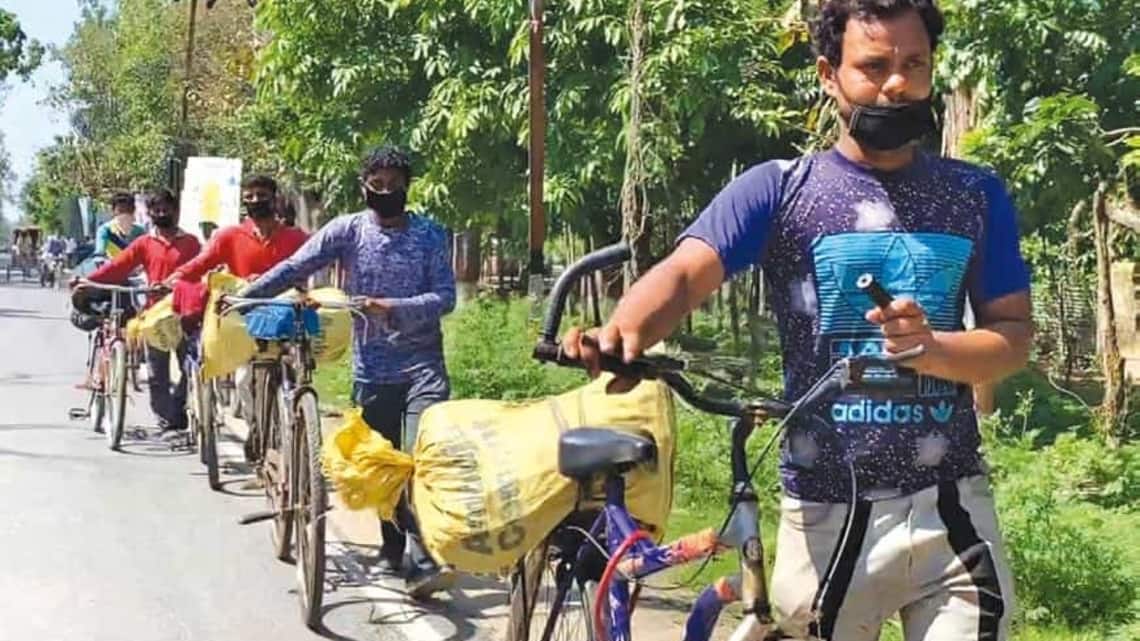 This is the real problem with employment data in India

Confronted in February 2019 with a leaked report that showed record unemployment, Prime Minister Narendra Modi said in a speech to parliament that the problem was that jobs in the new economy were not being captured by the data.

It is true that some jobs are not yet fully understood by national sample surveys, but the problem is not exactly that the government is running out of people in the odd-job economy. A bigger problem is that official classifications can make low-paying and insecure jobs look like strong ones. Among the codes of the National Occupational Classification that India follows, there is this one, code 121: directors and heads of enterprises. According to official data, it is the most common occupation for urban men and the third most common occupation for urban women (after housekeepers and garment workers). Does that sound highly qualified and well paid to you? Not so much, observe labor economists; this could be a fanciful way to describe people who run their own small, one-man businesses.

Of the workers described as managers and CEOs, 99 percent were in fact self-employed, of whom about a third worked as unpaid family workers. These women were mainly engaged in self-help groups and cooperatives as ‘partners’, and had therefore been registered as active managers or owners, although their activities remained mostly confined to food processing and farming. the manufacture of textiles and clothing. Much of the self-employed were also engaged in contract manufacturing work, usually characterized by low income, long working hours and the absence of any form of social protection.

Cover of Whole Numbers and Half Truths by Rukmini S, published by Westland.

The gap between the jobs people want for themselves and their children and the jobs that are actually available is huge and growing. Regardless of age, location, caste and class – indeed, even more so for the upper castes and the wealthy – the first preference of Indians in terms of employment is a government post.

Read also : What drives the dreams of female factory workers?

Along with some stability, these jobs also offer better pay. At all levels, but particularly at lower education and skill levels, private sector wages are lower than public sector wages. Because of a guaranteed minimum wage in the public service, a cleaning worker in a government office is likely to earn much more than a domestic doing the same job in a private home or business, IHDS shows. In 2012, a rural farm worker could expect to earn about ??17,500 per year, while the urban non-farm worker could expect to earn around ??60,000. But an illiterate man working in a salaried civil service job can expect to earn ??144,000 per year.

For the most prestigious category of white-collar jobs, caste hierarchies have remained largely static for the past five decades. The proportion of men exercising liberal or salaried professions is already by far the highest among the Brahmins, then the men of the non-Brahmin advanced castes, even with a reserve for those of the backward castes and no reserve for the upper castes, due to disproportionate access to historically high levels of education and income for upper castes.

This is largely explained by the difference in educational attainment. But this is not a complete explanation. In a classic experiment, economists Sukhadeo Thorat and Paul Attewell found that Dalit respondents to job vacancies were less likely to be called than respondents from upper castes with the same qualifications.

Since 2011-12, the government has not published a comprehensive survey on employment and unemployment, as the ONSS reports are called, but has moved from 2017 to the PLFS. This aims to provide higher frequency (quarterly) employment and unemployment data, but the statistical targets are at the mercy of political forces. The PLFS’s first annual report was due in December 2018, but the government delayed its release until after the 2019 elections in Lok Sabha, likely because the numbers were bad.

The ONSS could do a better job of collecting data from the informal sector (just as it should do a better job of obtaining data on super-rich occupations). The ONSS itself has formed many committees that have produced extensive reports on how to improve its data on the informal sector. The PLFS, which the government had largely ignored thanks to its unflattering figures, was supposed to be a step in that direction. After the 2019 election was over, the government resumed quietly releasing PLFS reports regularly and without much fanfare or controversy.

This was all before the pandemic. Although the PLFS was supposed to be quarterly, there was no labor data available until 2020 until August 2021, as the pandemic unbalanced not only lives and jobs, but administrative systems as well. As a result, many economists have turned to the CMIE, a large panel survey that is private, paid, and closed. Modi and his administration, on the other hand, chose to point to administrative data like payroll statistics.

Modi is right: there is a problem with the employment data. But that’s not what he claims, that data doesn’t capture jobs. The problem is, the government is neglecting its own data mechanisms, which can capture all data on real Indian jobs, and delete it when it proves to be troublesome. The jobs crisis in India is twofold: not enough jobs and data lost.

Extracted with permission from Whole Numbers and Half-Truths: What Data Can and Cannot Tell Us About Modern India by Rukmini S., published by Context, an imprint of Westland Publications.