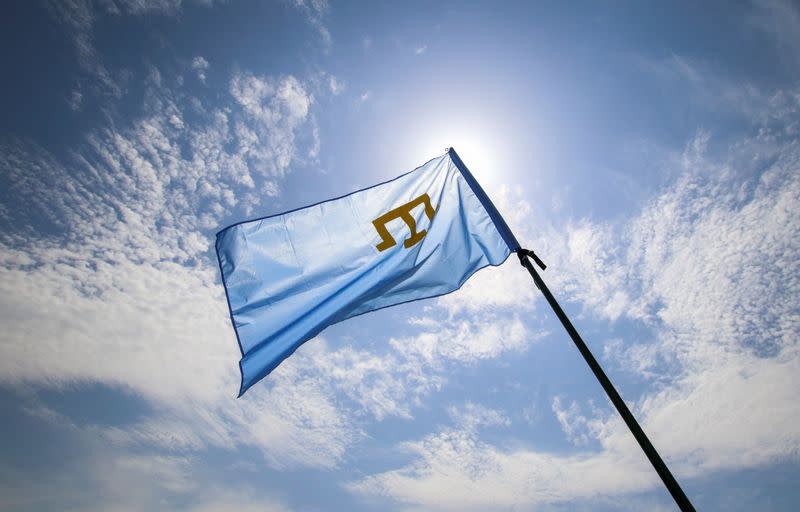 WASHINGTON (Reuters) – The United States strongly condemned on Sunday what it called Russia’s detention over the weekend of the deputy head of the main representative body of the Crimean Tatars and at least 45 other members of the ethnic group .

A State Department statement said Nariman Dzhelyalov, vice chairman of the Crimean Tatars Mejlis, was arrested on Saturday by Russian occupation authorities in Crimea. He said at least 45 other Crimean Tatars had also been arrested.

“We call on the Russian occupation authorities to release them immediately,” the statement said, calling it “the latest in a long series of politically motivated raids, detentions and punitive measures against the Mejlis and its leaders.”

Russian news agency Interfax previously quoted an anonymous “informed source” as saying that Dzhelyalov and four other Crimean residents were arrested in connection with a damaged gas pipeline in the village of Perevalnoye, on the highway from Simferopol to Yalta.

Ukrainian Foreign Minister Dmytro Kuleba posted a tweet on Saturday claiming that Russia had “stepped up terror in occupied Crimea” by arresting five people, including Dzhelyalov.

Washington has been Kiev’s strongest supporter since Russia’s annexation of Crimea and the start of the conflict in eastern Ukraine. Kiev says the fighting has killed 14,000 people in seven years.