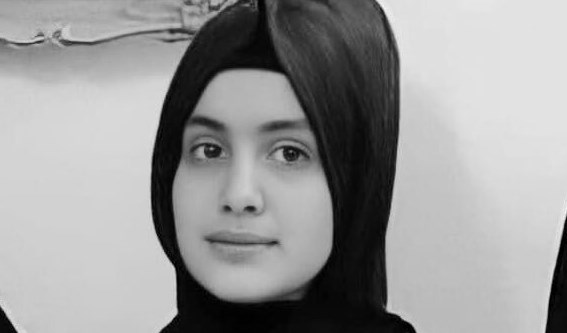 Occupation forces in Washington kill another Iraqi civilian student without any remorse.

A 15-year-old Iraqi girl was murdered in cold blood by US occupying forces on Tuesday, with the tool of the killing sourced from the Victoria military base near Baghdad International Airport.

The young student and farmer, whose name is Zainab Essam Al-Khazali, was shot and killed during US military exercises at their military base near Abu Ghraib prison where Iraqis, Arabs and non-Arabs innocent people were tortured and killed when former US President George Bush gave the green light to the occupation of Iraq.

Iraq’s security media cell said it had opened an investigation into the killing, which is described as a “random shooting”.

The martyr’s funeral program has been shared on social media, mourning the death of Al-Khazali, with details that she is the granddaughter of martyr Masjid Al-Khazali, with the funeral to be held from 3-6 p.m. September 21, 2022.

Sheikh Qais Al-Khazali, general secretary of Asa’ib Ahl Al-Haq, announced that he demanded an “immediate” and “urgent” investigation into Al-Khazali’s murder, calling Washington’s actions a “violation explicit in the Iraqi constitution”. and a “flagrant violation of Iraqi sovereignty”.

There is a deafening silence in the media regarding the murder, which was announced almost 24 hours ago. The US-based mainstream media, while notorious for exploiting narratives of regime change and political influence as a soft power tactic, could at least exercise any sense of human decency or empathy and expose the inhuman murders of underage civilians by their troops in foreign lands.

More recently, in its latest adventures on the mainstream media’s false care for women’s rights, the media has capitalized on the death of Mahsa Amini, a young Iranian journalist, who according to Western reports was severely beaten. Iranian reports and videos provided evidence to the contrary, including when footage of Amini in a hospital bed showed no signs of physical abuse.

Al Mayadeen decided to investigate the matter and get to the bottom of the story. After contacting several official sources in Iran, Al Mayadeen learned that Amini had never been assaulted, beaten or abused, and proof of this was CCTV footage that branded Western reporting as fake and fabricated. The incident, recorded on CCTV, shows a policewoman approaching Amini and pointing to her hijab. Amini and the officer got into a verbal disagreement, after which the officer turned around and left Amini alone.

The Western media, for their part, took advantage of the narrative and spread lies.

The New York Times wrote about “the Friday death of a 22-year-old woman in Iran after she was detained by the vice squad,” saying that “vice squad units arbitrarily enforce the rules, and their tactics range from from verbal warnings to fines, to violently dragging women into vans for detention.”

In the same tone, France 24 wrote: “A young Iranian woman is in a coma and fighting for her life after being arrested in Tehran by the Islamic Republic’s vice police.”

The Guardian, MondAfrique, The World Todayand many others also adopted this rhetoric and hastened to announce his death, all with the aim of targeting Iran’s internal politics without waiting for any response from the police or official authorities or even the results of investigation.

The West has gone so far as to exploit the death of an innocent woman for the sole purpose of politicizing the incident and furthering its anti-Iranian propaganda, completely turning a blind eye to the truth.

The double standards of mainstream media reveal how human and empathetic they claim to be.