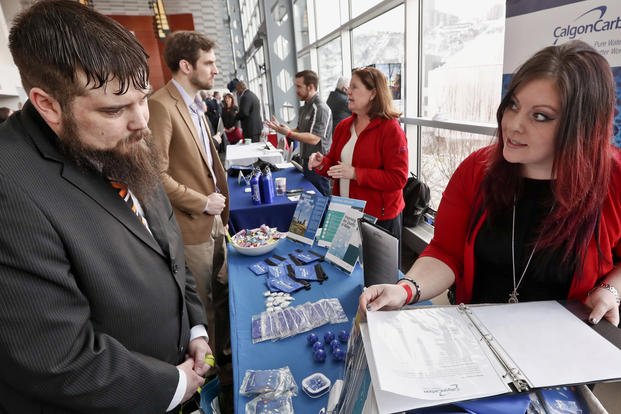 The U.S. veteran’s unemployment rate held steady in September at 3.6% amid the second consecutive month of weak nationwide job growth as the coronavirus and its Delta variant maintained a grip on economic activity.

This is only the second time since February 2020 that the unemployment rate for veterans has fallen below 4%, according to a monthly report from the Department of Labor’s Bureau of Labor Statistics released on Friday.

But market analysts’ optimistic forecasts of an increase in the number of new hires of veterans, perhaps to 500,000, have been dashed. Only 194,000 jobs were added to the payroll in September, down from the adjusted rate of 366,000 in August and 1.1 million in July.

Unemployment among these veterans was still well below double-digit rates at the start of the COVID-19 pandemic when it reached 11.7% in April 2020.

â€œThese are still pretty good numbers,â€ said Tom Porter, executive vice president of Iraq and Afghanistan Veterans of America. “The key issue here is that the economy is inextricably linked to COVID. It’s not really going to take off until we resolve the pandemic.”

Even so, veterans’ long-term prospects in the workforce are improving despite the pandemic and other factors, said Bryan Rollins, director of the Warriors to Work program at the Wounded Warrior Project.

He pointed to a 12% increase in the placement efforts of the Wounded Warriors over the past fiscal year. The number of veterans who have found employment through the program has increased from 1,900 to 2,100.

BLS data was compiled in mid-September, ahead of indications of a drop in the number of cases and hospitalizations of the Delta variant.

Other factors may also have played a role in suppressing an economic recovery, such as uncertainty over raising the federal debt ceiling, deadlock in Congress, the border crisis, natural disasters and a pullback. chaos of Afghanistan.

President Joe Biden said on Friday that BLS data for September was from the middle of the month and showed signs of a recovery, while he made another pitch for his $ 1.5 trillion infrastructure bill and the bills $ 3.5 trillion on various social programs.

â€œLook, it’s essential that we have to regain the momentum that we lost,â€ Biden said.

U.S. businesses were more pessimistic about the prospects for an economic recovery from Biden’s plans, while economists said a recovery may already be underway.

“We are in the midst of a labor shortage crisis and the number of potential workers is shrinking. The multibillion dollar tax and spending proposals in Washington will only make matters worse,” Neil Bradley, director of policy for the United States Chamber of Commerce, said in a statement.

Robert Frick, a business economist for the Navy Federal Credit Union, said the BLS survey in mid-September did not track the slowdown in the Delta Variant wave in the second half of the month.

“There are indications that hiring is already picking up, certainly over the past 10 days, and is expected to pick up through October,” Frick said.

– Richard Sisk can be reached at [email protected]

Â© Copyright 2021 Military.com. All rights reserved. This material may not be published, broadcast, rewritten or redistributed.