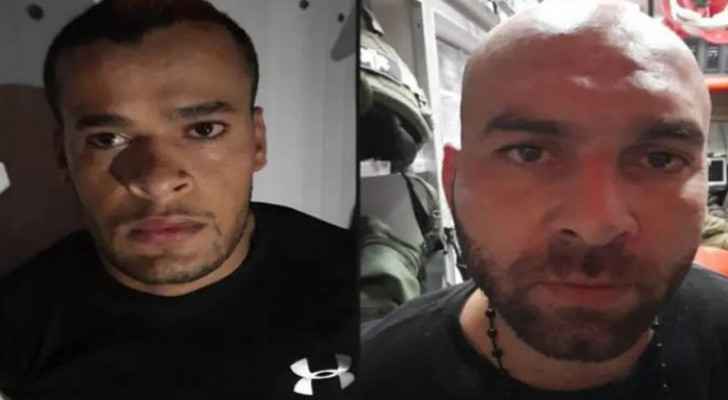 VIDEO: The last two escapees from Gilboa arrested in

The Israeli Occupation Forces (IOF) announced at dawn on Sunday the arrest of two escaped Palestinians who managed to escape from Gilboa prison – Ayham Kamamji and Monadel Nafe’at. This happened after the Israeli occupation forces stormed the city of Jenin.

The IOF said in a statement: “After about two weeks of pursuit, border guards have been working tonight with special forces from the General Security Service and the IDF. [Occupation] the army in Jenin to arrest the two prisoners, Ayham Kamamji and Monadel Nafe’at. “

Then they were arrested and taken for questioning, according to the official statement.

Kamamji’s father said his son called him while they were under siege and said that Nafe’at and that he would turn to the police, out of concern for the lives of the people in the area and the region. family who retained them.

An eyewitness told Roya that during the arrest, IOF threatened to shoot him as he watched the arrest and sat on his lap.

He continued that four young men came out from inside the house with their hands raised and were punched in the face with weapons, handcuffed, blindfolded, and then led to the vehicles.

The other two men surrendered because they kept Kamamji and Nafe’at in their home after arriving in Jenin.

On September 6, six Palestinians escaped from the Israeli occupation prison in Gilboa, in the north of the country.

Gilboa Prison is considered one of the safest facilities of the Israeli occupation, due to the heavy fortification and security procedures followed inside.

On September 11, Hebrew media reported the recapture of Zakaria Zubeidi and Muhammad Ardah near Jabal Al-Tur, in northern occupied Palestine.

This happened hours after the Israeli occupation arrested Yaqoub Qadri and Mahmoud Arda.

Earlier, the Israeli occupation said the cost of finding the six prisoners who escaped from Gilboa prison has amounted to more than 100 million shekels ($ 31 million) since their escape earlier this month. .

Buffalo Philharmonic uses the tools of racism to fight racism