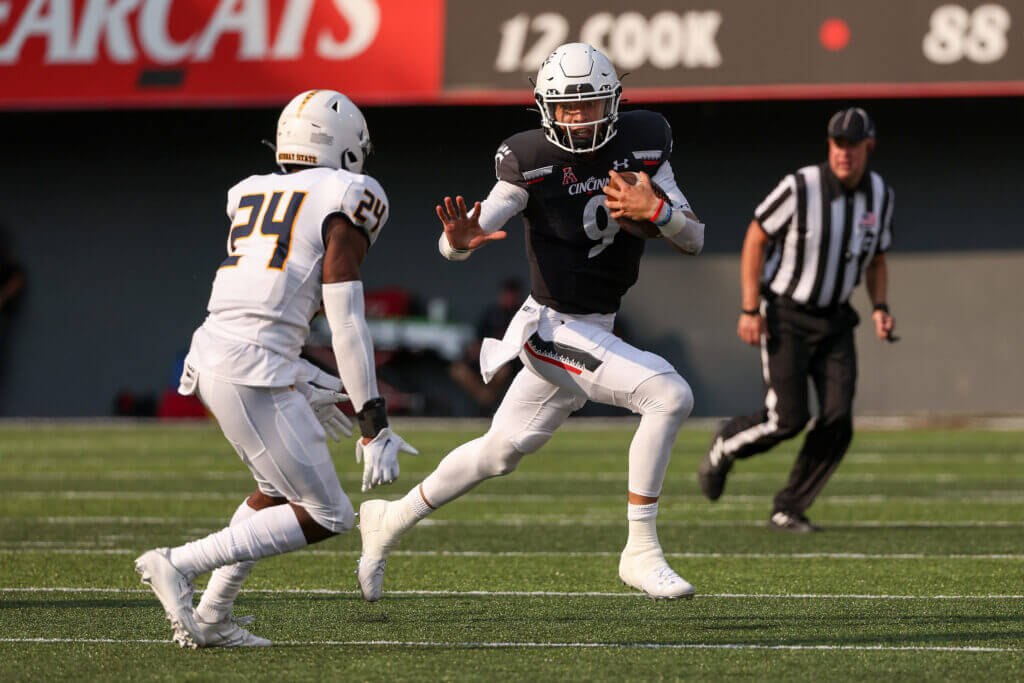 Watch the NFL Draft for Week 3 – The Athletic

NFL Draft Watch is a weekly feature recapping the performance of NFL prospects, anticipating must-see prospect matchups, and sharing buzz from within the Boy Scout community.

Competition is important to NFL scouts when considering the college gang.

For most of the group-of-5 programs, they have one, maybe two power-5 opponents on the program each season. These games aren’t guaranteed to be the most competitive on the calendar, but they will be the fixtures for NFL teams and carry more weight throughout the judging process.

Week 3 of the college football season features a few must-see ranked games, like Alabama in Florida or Auburn at Penn State. But this weekend is also a great opportunity for several Group of 5 hopefuls to impress against Power 5 opponents (mostly on the road) and earn some money.

Here are 12 Group of 5 games against Power 5 with a key NFL prospect to watch in each game (games are listed in chronological order and Eastern Time):

In two games, the UCF offense under Gus Malzahn has averaged 622 yards, which ranks second in the country. UCF junior redshirt WR Jaylon Robinson (5-9, 180) leads the team in receiving and his 23.4 yard average per catch ranks sixth in the country (among receivers with at least eight receptions). Although undersized, Robinson, who transferred from Oklahoma in 2019, has electric speed to create separation and the ball skills to end up on defensive backs.

The Bearcats have a long list of NFL prospects who can help against the Hoosiers, including QB Desmond Ridder (6-4, 206) against the Tom Allen defense and the advantage Myjai Sanders (6-5 , 224) vs. Indiana OT Caleb Jones (6-8, 362). But the game I want to see is the Cincinnati cornerbacks against.