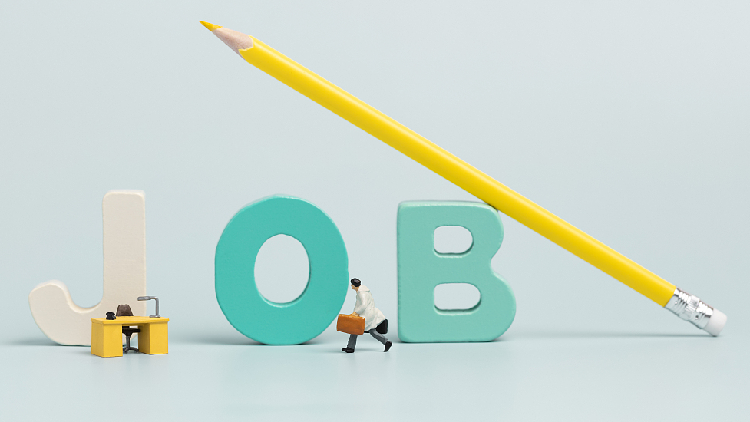 What are China’s biggest employment challenges in 2022?

Editor’s note: Wang Jianhui is deputy general manager of the R&D department of Capital Securities. The article reflects the views of the author and not necessarily those of CGTN.

Getting and keeping a job is crucial for everyday people like you and me. Our livelihoods, our families and our happiness depend on it.

In this year’s government work report, Chinese Premier Li Keqiang forecast gross domestic product to grow 5.5% in 2022, up from 8.1% last year. Although economic growth could be down 2.6 percentage points, the government still wants to keep the surveyed unemployment rate in urban areas below 5.5%.

This is only 0.4 percentage points higher than the 2021 level. Premier Li admitted that “the task of stabilizing employment is more daunting.” Why is this year’s work on job creation particularly difficult?

The first reason is the huge uncertainty caused by the unleashed pandemic, soaring commodity prices, supply chain disruptions and the Russian-Ukrainian conflict. Our economic growth slowed from 7.9% in the second quarter to 4.0% in the fourth quarter of last year. This is when growth in total fixed asset investment and total retail sales declined from 12.6 to 4.9% and from 23 to 12.5%, respectively.

More alarming is the weak performance of the tertiary sector, which accounted for 47.7% of total employment in 2020. Due to their labor-intensive nature, service industries are very susceptible to the impact of COVID-19. Almost all of the sporadic outbreaks were related to travel, leisure, or cultural and social life activities, and caused closures of related businesses for weeks. No wonder gross domestic product in this area fell from 8.3% to 4.6% in the last six months of 2021. Fixed asset investment growth in this sector was only 2.1 %, the lowest level since 2004.

Second, the transition from old growth engines to new ones poses transition problems. On the one hand, the “old economy” is losing ground and hiring less staff, even laying off staff. This is when the “new economy” is not yet strong enough to take the lead. With the arrival of more and more university graduates on the job market, the situation is becoming more complicated. In 2013, the construction industry was the largest employer, employing over 29 million people. In 2020, its total workforce fell to 21.5 million, mainly due to the cooling of the real estate market. At the same time, the manufacturing sector saw its level of employment drop from 52.6 million to 38.1 million.

New economy industries such as financial intermediation, leasing and business services, real estate, software and information technology services increased their hiring by at least 41% or 8 .6 million combined. Health and social services and education have together created an additional 5.6 million jobs by 2020. Not only can the new economy barely compensate for the jobs lost in traditional fields, but it can also barely respond to the employment demand of approximately 10 million undergraduates, graduates and above. 3.6 million short cycle students. For the foreseeable future, we will also have to simultaneously deal with unemployment due to downsizing in traditional industries.

The government can do a lot to ensure job security for most of us. A simple correlation analysis sheds light on the most effective means. By using the monthly data of the unemployment rate studied from 31 major cities since January 2018 and comparing it with that of 40 important economic or financial indicators, we can see that the unemployment rate is significantly correlated with the growth rate of the stock. deposits from financial institutions, non-governmental. Investment in fixed assets as a percentage of total investment and growth rate of total retail sales of consumer goods. This means that the unemployment rate could be somewhat influenced by the economic activities measured by the three indicators, or vice versa.

The correlation coefficient with the deposit is 0.602 indicating a positive correlation, meaning people save more money without job security. The analysis shows a negative correlation with the latter two (-0.759 and -0.50). This implies that the higher private investment and consumption become, the lower unemployment could be. Considering that 63.2% of urban employment came from the private sector in 2020, and the average contribution of final consumption to gross domestic product growth (59.5% between 2017 and 2019, -22% in 2020), it makes perfect sense to encourage private investment and consumption. This is exactly what the government intends to do.

Premier Li made it clear that “the lion’s share of investment in China comes from the non-governmental sector. We will give full play to the leverage role of major projects and government investment, and fine-tune relevant support policies to keep investors not fully motivated governments.” Li also said that the government will “regularly increase wholesale consumption, continue to promote sales of new energy vehicles…carry out green smart appliances in the countryside, and exchange the old for the new…to develop community consumption and county and township consumption.

In addition to this, the government promises to help micro and small businesses and the self-employed through tax cuts, early refunds of value added tax, reductions in social security payments and funds for the formation. While urging public companies to expedite due payments and reduce fees so that smaller market entities can maintain stability in their operations and maintain job security.

With so many “quick fixes” on the way, most of us can still expect to hit a paycheck at the end of each month.